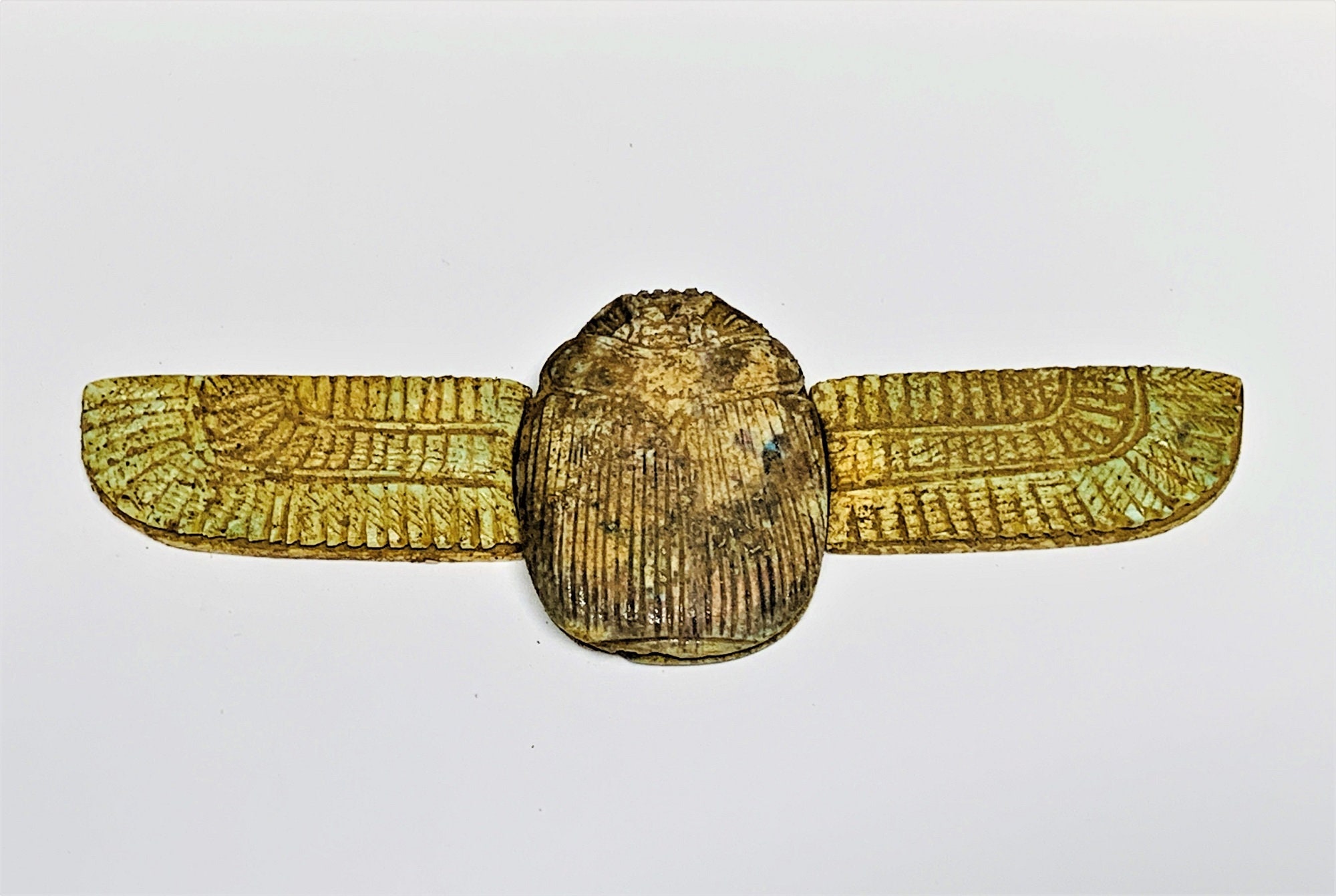 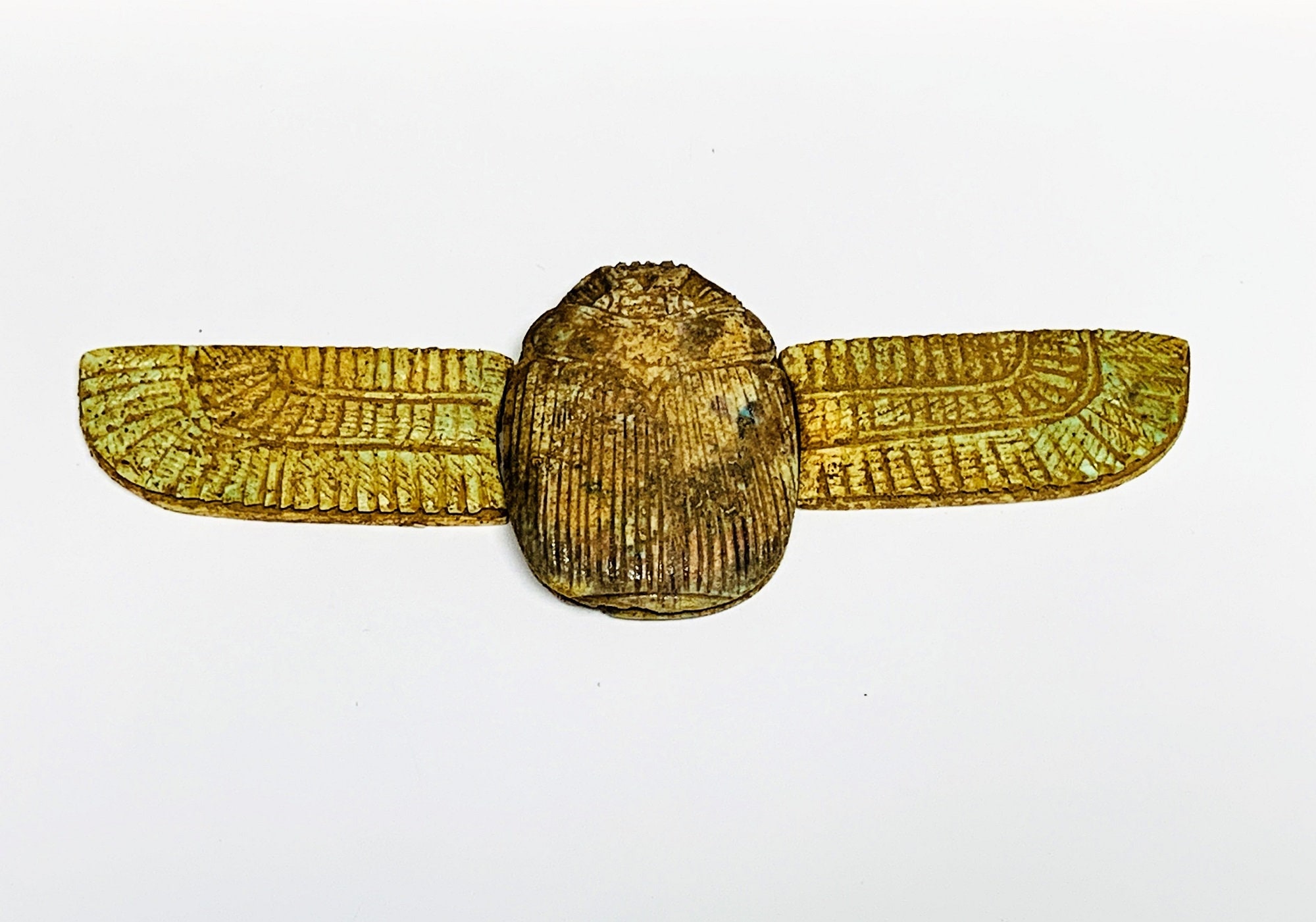 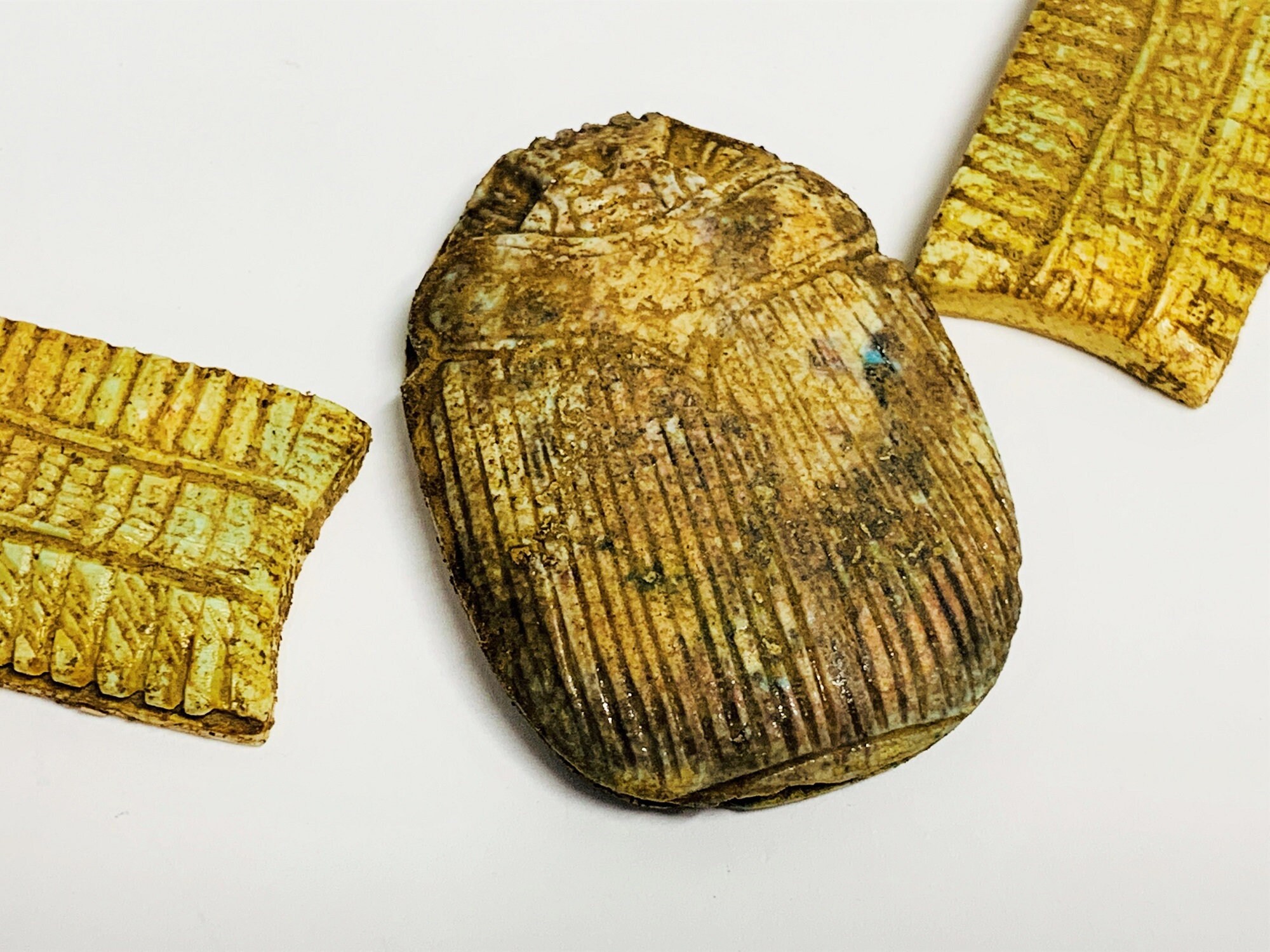 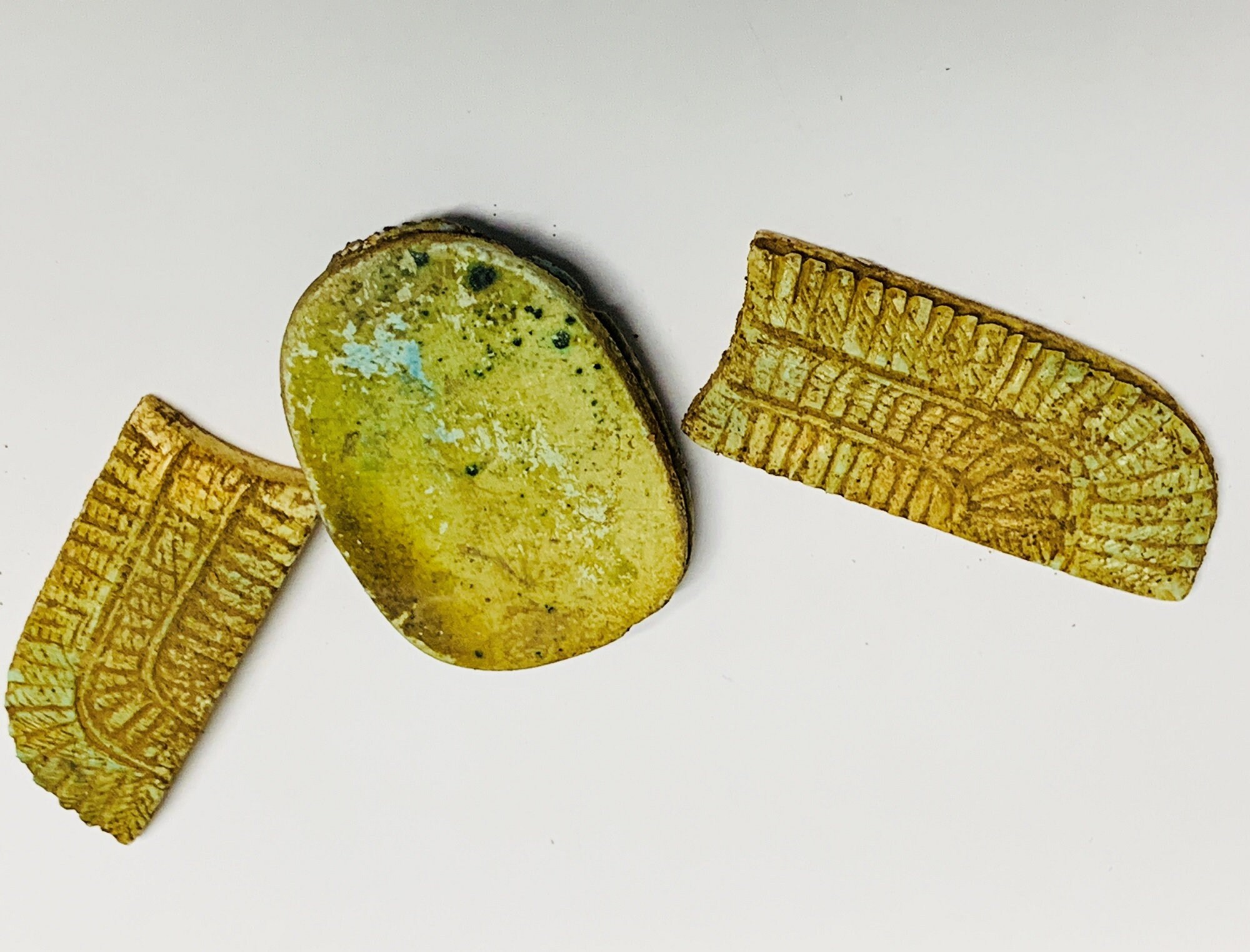 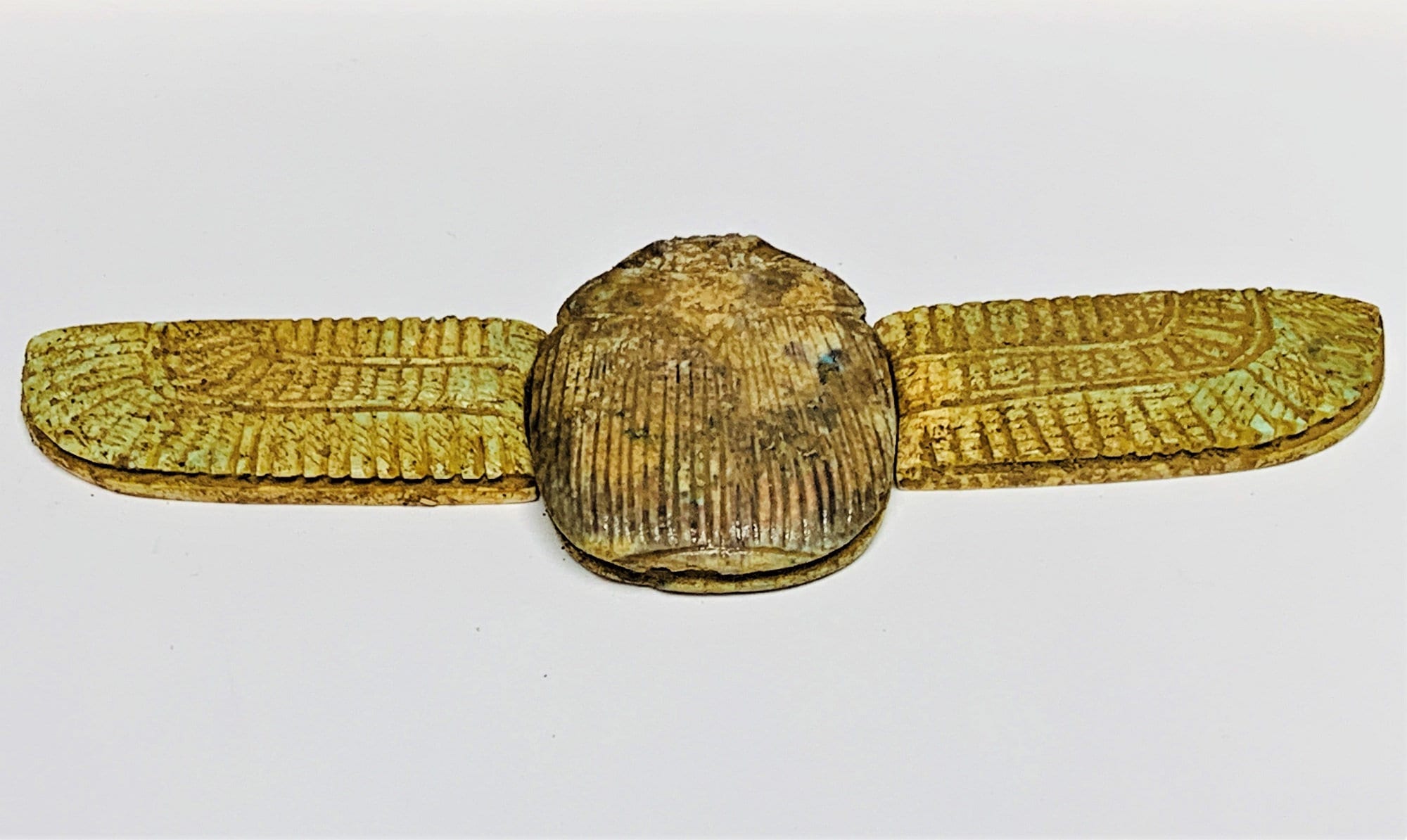 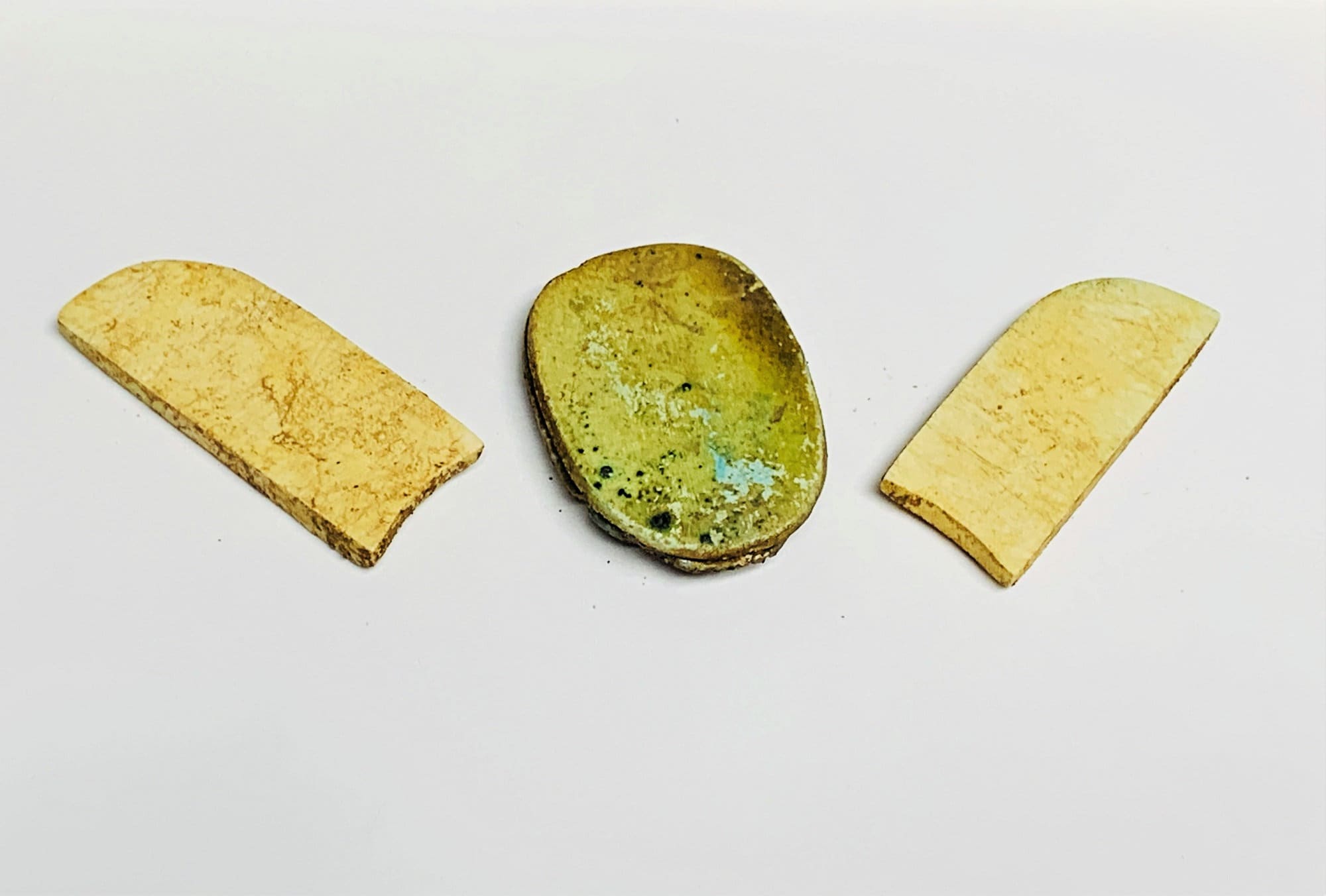 The winged scarab (the scarab flanked by the wings of a falcon) is an amulet representing earth and solar power.

These winged talismans, used particularly in funerary rites, would protect the deceased on his/her journey to the afterlife.

In ancient Egyptian religion, the sun god Ra is seen to roll across the sky each day, transforming bodies and souls.
Beetles of the Scarabaeidae family (dung beetle) roll dung into a ball as food and as a brood chamber in which to lay eggs; this way, the larvae hatch and are immediately surrounded by food. For these reasons the scarab was a symbol of this heavenly cycle and of the idea of rebirth or regeneration.

The Egyptian God Khepri, Ra as the rising sun, was often depicted as a scarab beetle or as a scarab beetle-headed man. The ancient Egyptians believed that Khepri renewed the sun every day before rolling it above the horizon, then carried it through the other world after sunset, only to renew it, again, the next day.

Winged scarabs were placed on the chest of the mummy and all around tombs to facilitate its rebirth in the afterworld.

- ACQUIRED FROM TEMPLE OF ABYDOS AREA, UPPER EGYPT, IN 1950

Exact Age is not Determined