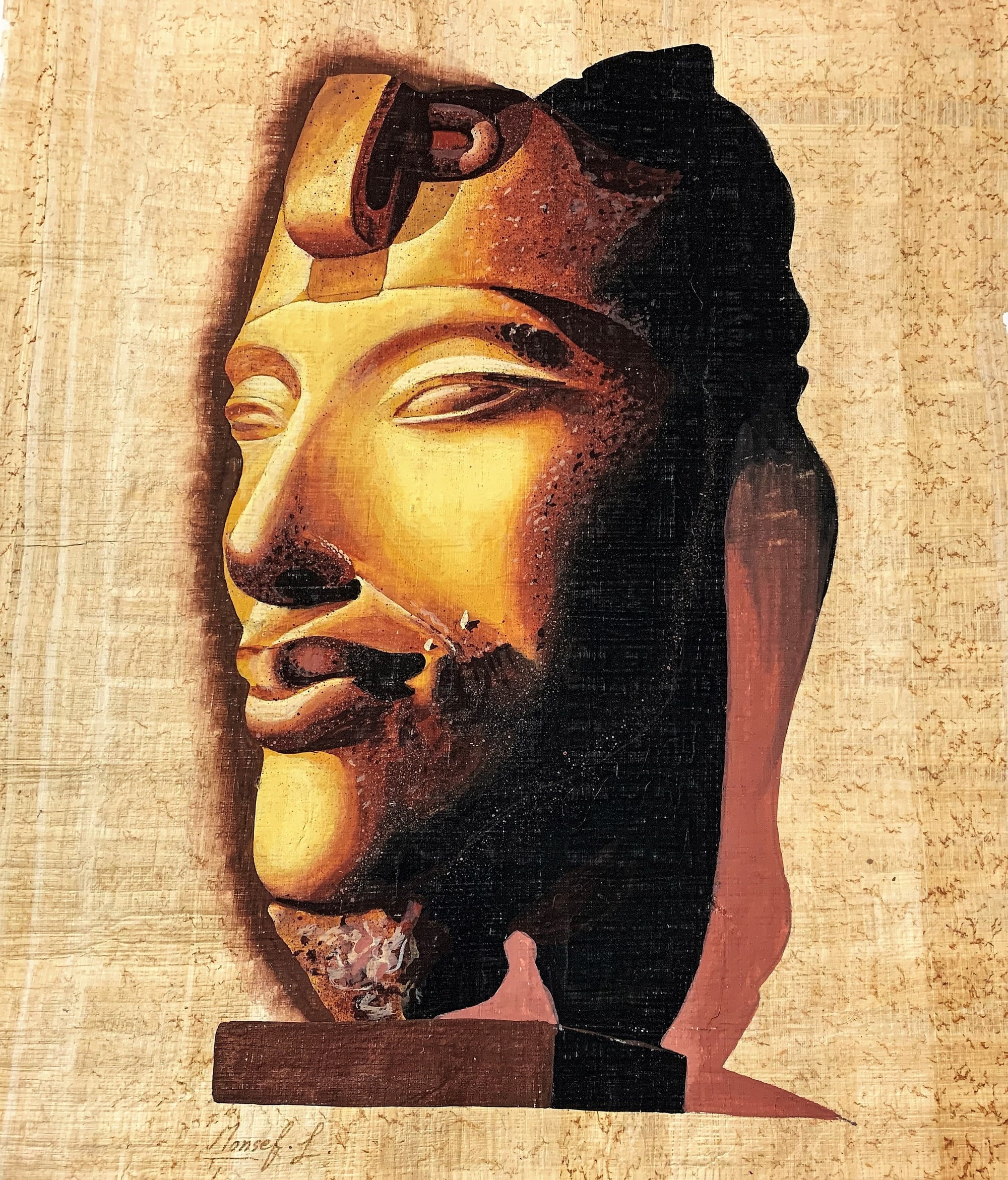 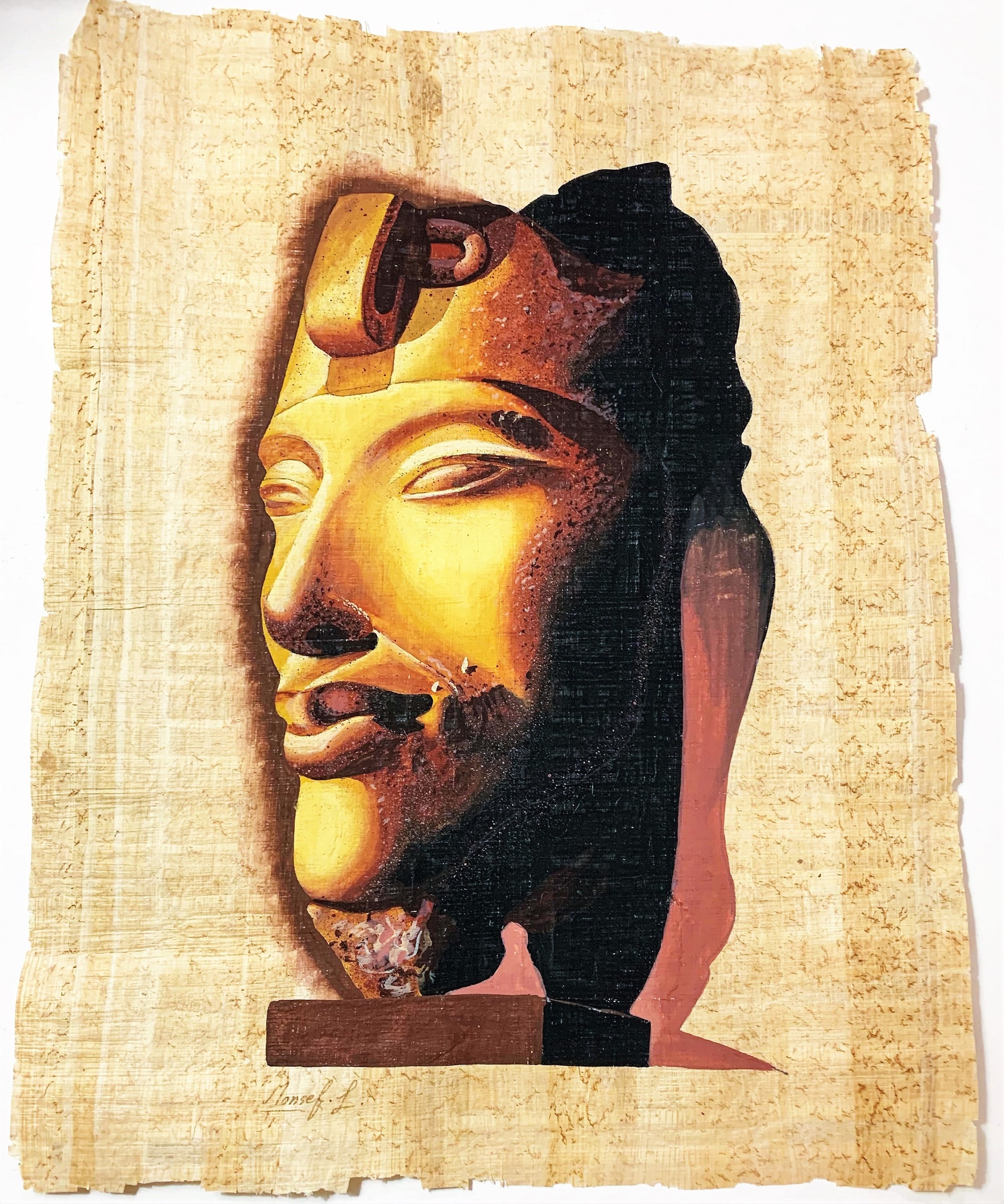 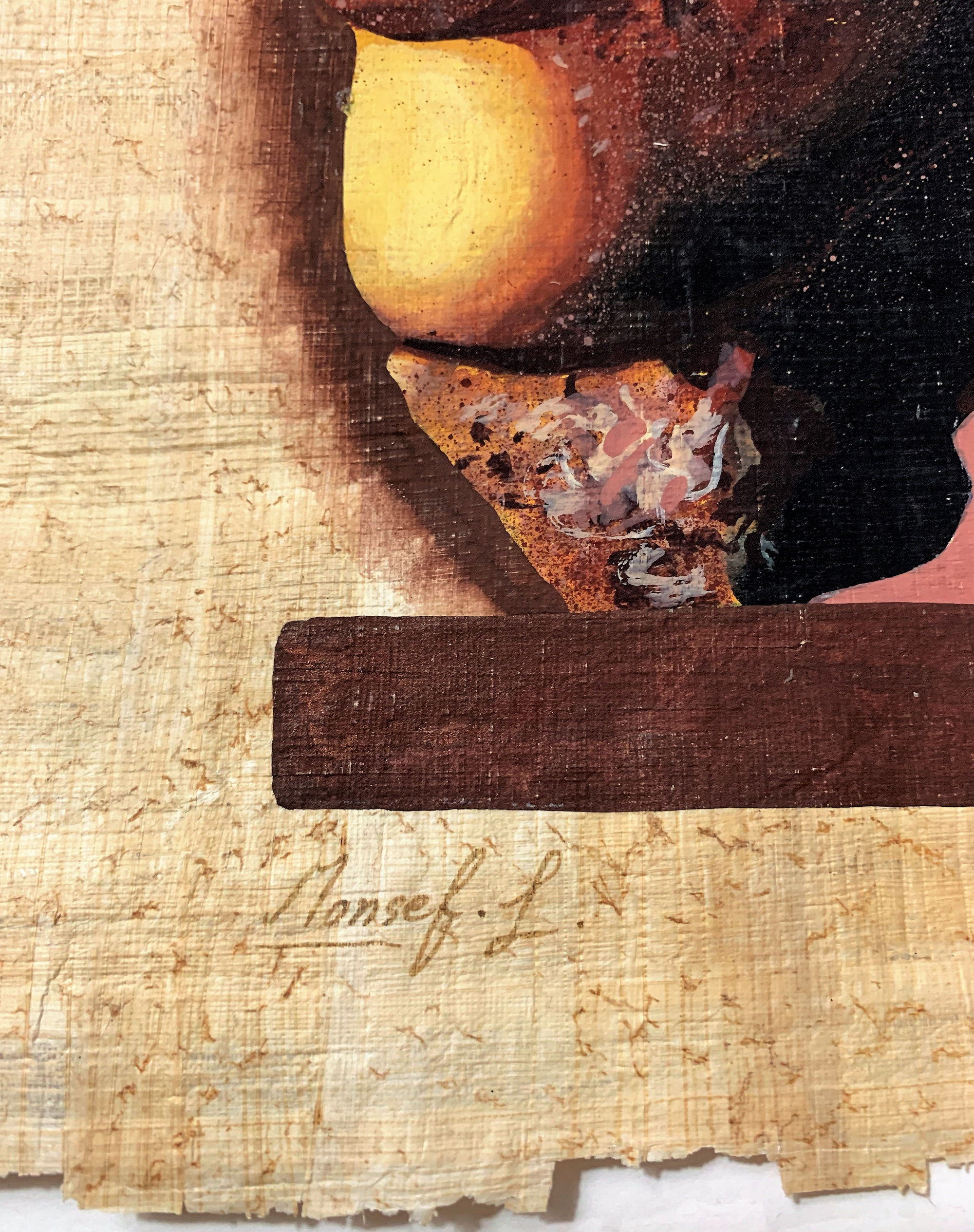 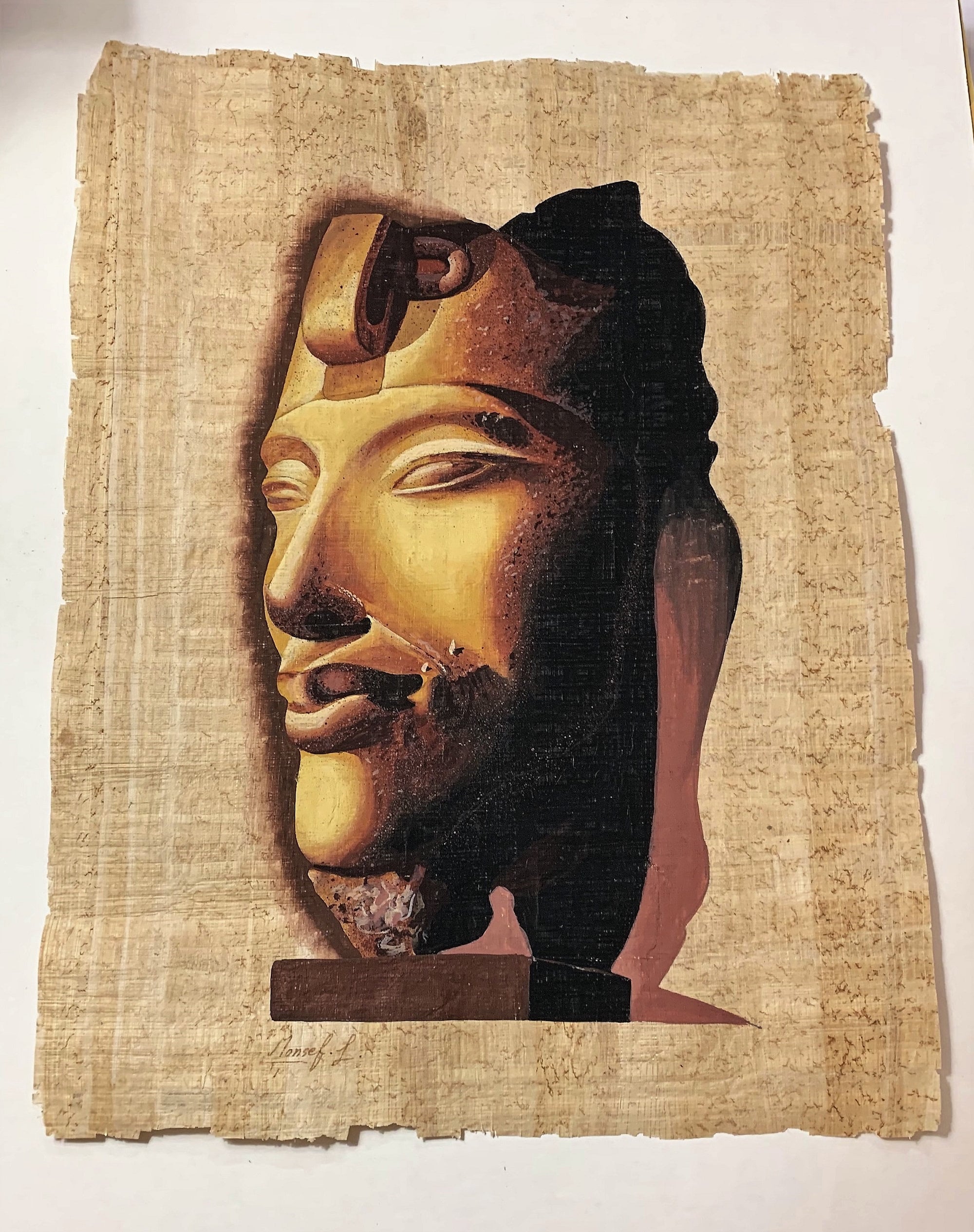 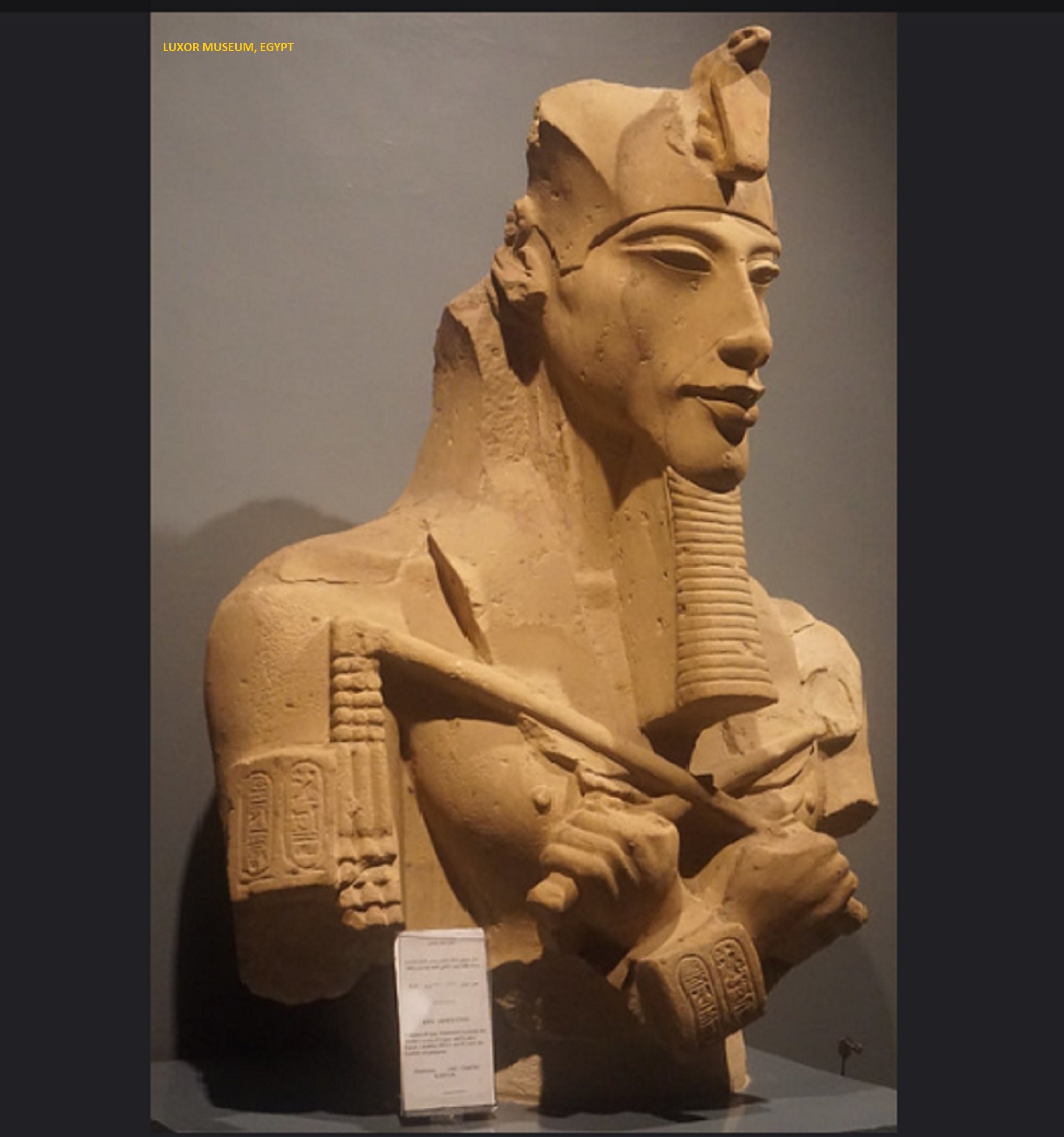 ABSOLUTELY A HIGH LEVEL OF ART, SO REALISTIC, 100% HAND PAINTED

Akhenaten also Known as Akhenaton and Ikhnaton, was an Ancient Egyptian Pharaoh Reigning 1351–1334 BC, the Tenth Ruler of the Eighteenth Dynasty. Before the Fifth Year of his Reign, He Was Known as Amenhotep IV.
Akhenaten Has Been Described as "Enigmatic," "Mysterious," "Revolutionary," "The Greatest Idealist of the World," and "The First Individual in History.
Akhenaten is Noted for Abandoning Egypt's Traditional Polytheistic Religion and Introducing Atenism, Worship centered on Aten.
The views of Egyptologists Differ Whether Atenism Should be Considered as Absolute Monotheism, or Whether it was Monolatry, Syncretism, or Henotheism.
This Culture Shift Away from Traditional Religion Was Not Widely Accepted.
After His Death, Akhenaten's Monuments Were Dismantled and Hidden, His Statues Were Destroyed, and His Name Excluded from Lists of Rulers Compiled by Later Pharaohs. Traditional Religious Practice Was Gradually Restored, Notably Under his Close Successor King Tutankhamun, who Changed his Name from Tutankhaten Early in his Reign
Akhenaten Was All but Lost to History Until the Late 19th Century Discovery of Amarna, The New Capital City He Built for the Worship of Aten.
Akhenaten's Rediscovery and Early Excavations at Amarna Sparked Great Public Interest in Him and his Queen Nefertiti.
The Interest Comes from his Connection with Tutankhamun, The Unique Style and High Quality of the Pictorial Arts he Patronized, and Ongoing Interest in the Religion he Attempted to Establish.


ACTUAL PHOTOS OF THE PAINTING ARE PROVIDED