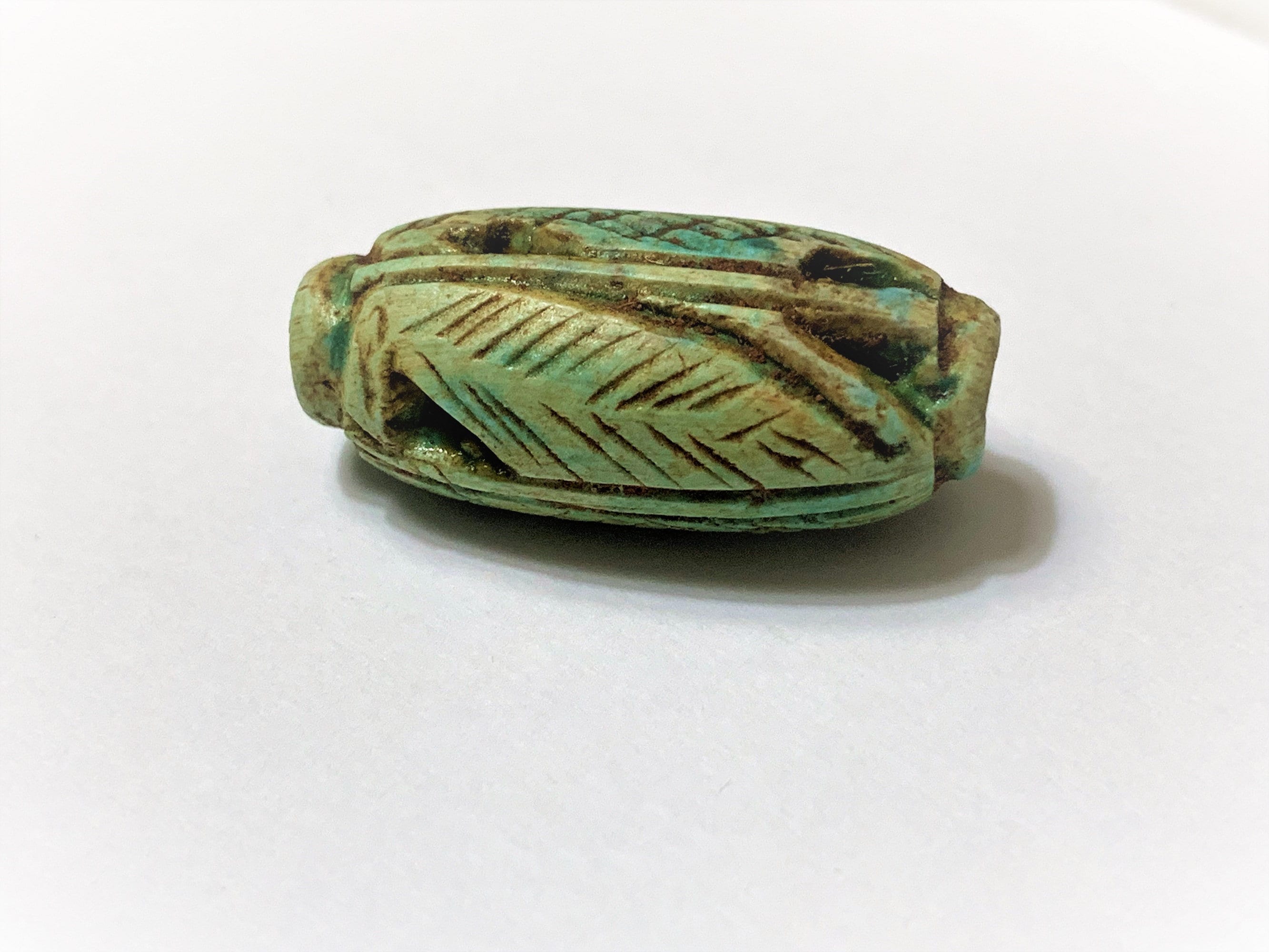 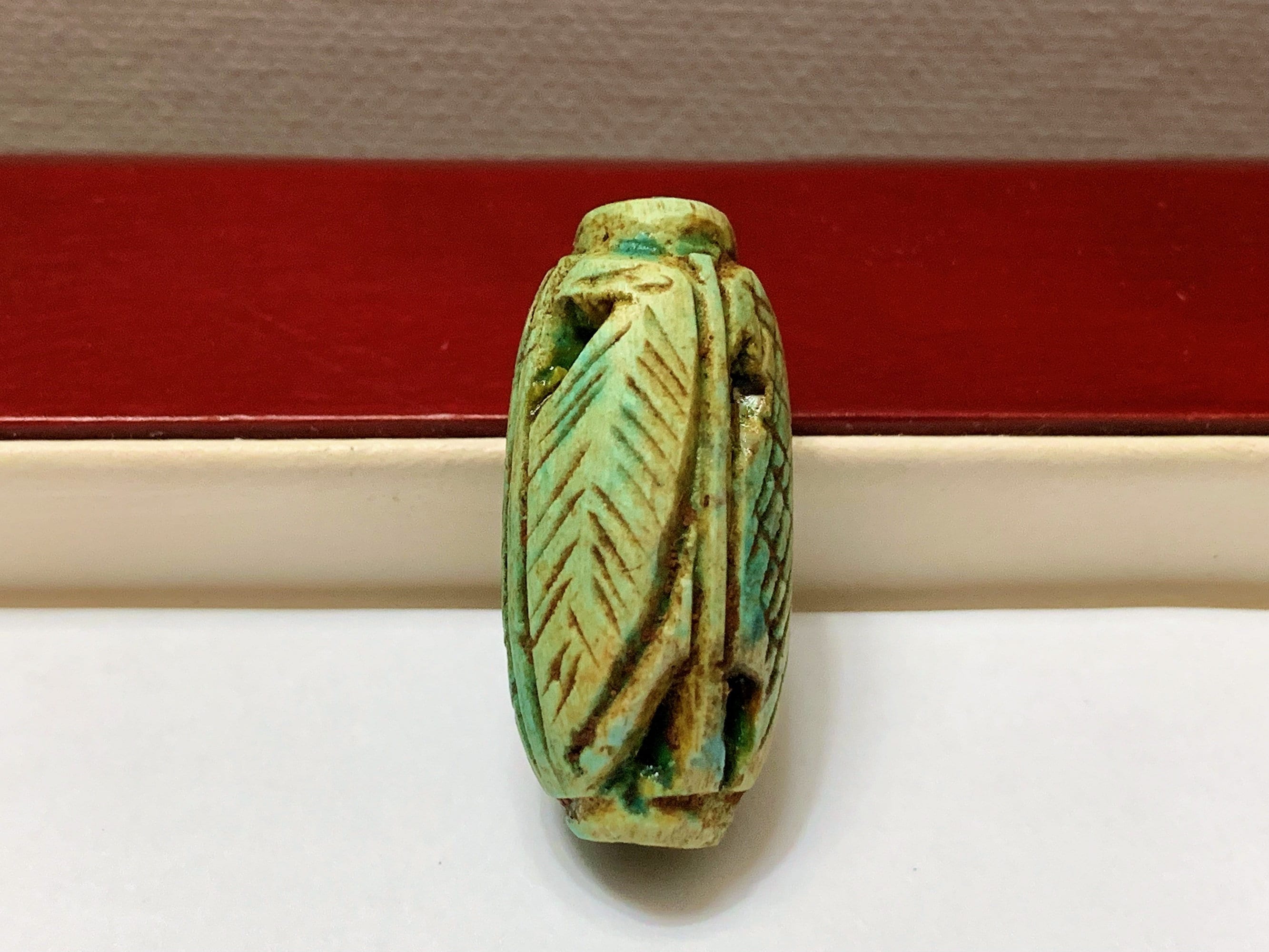 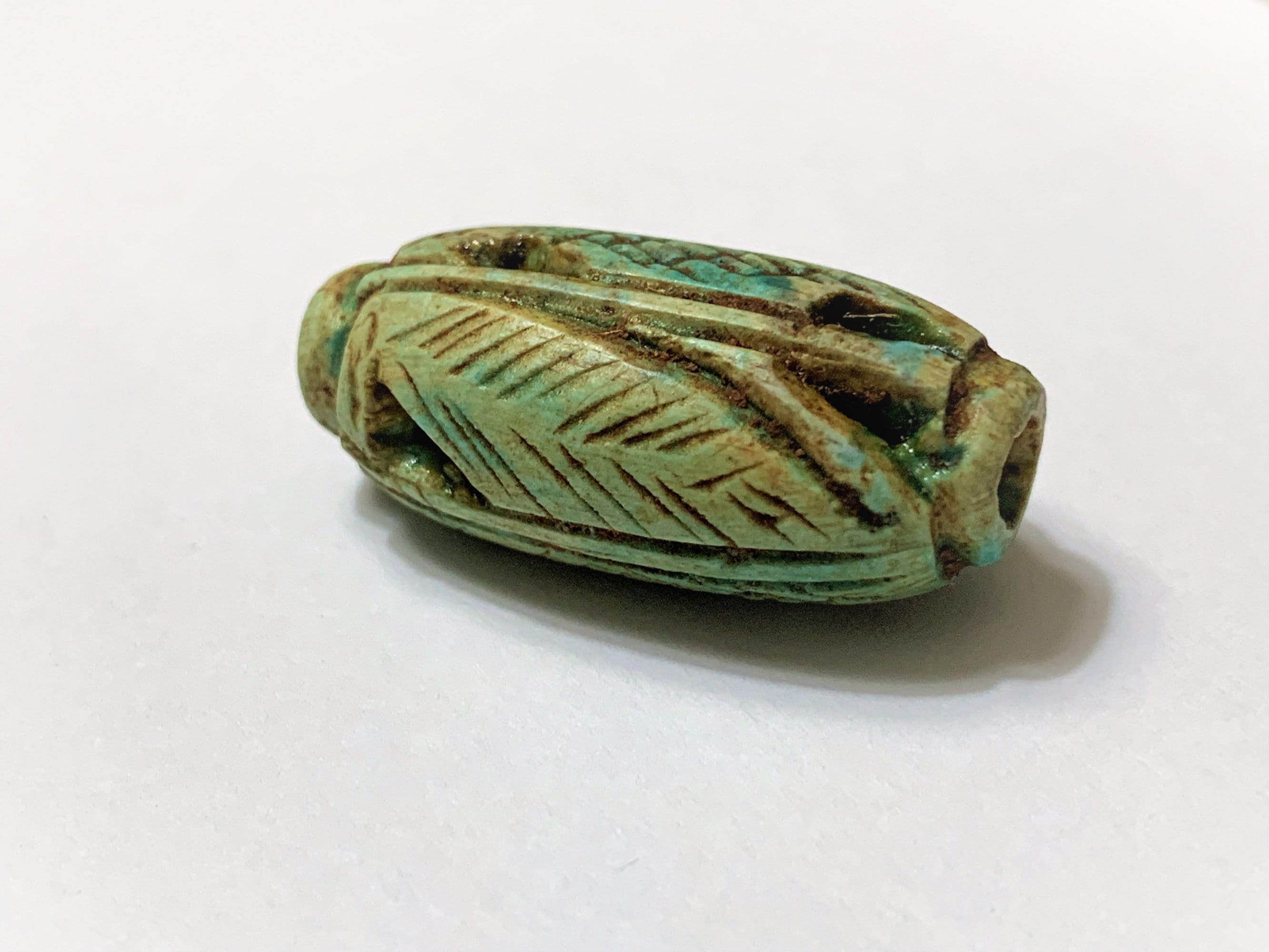 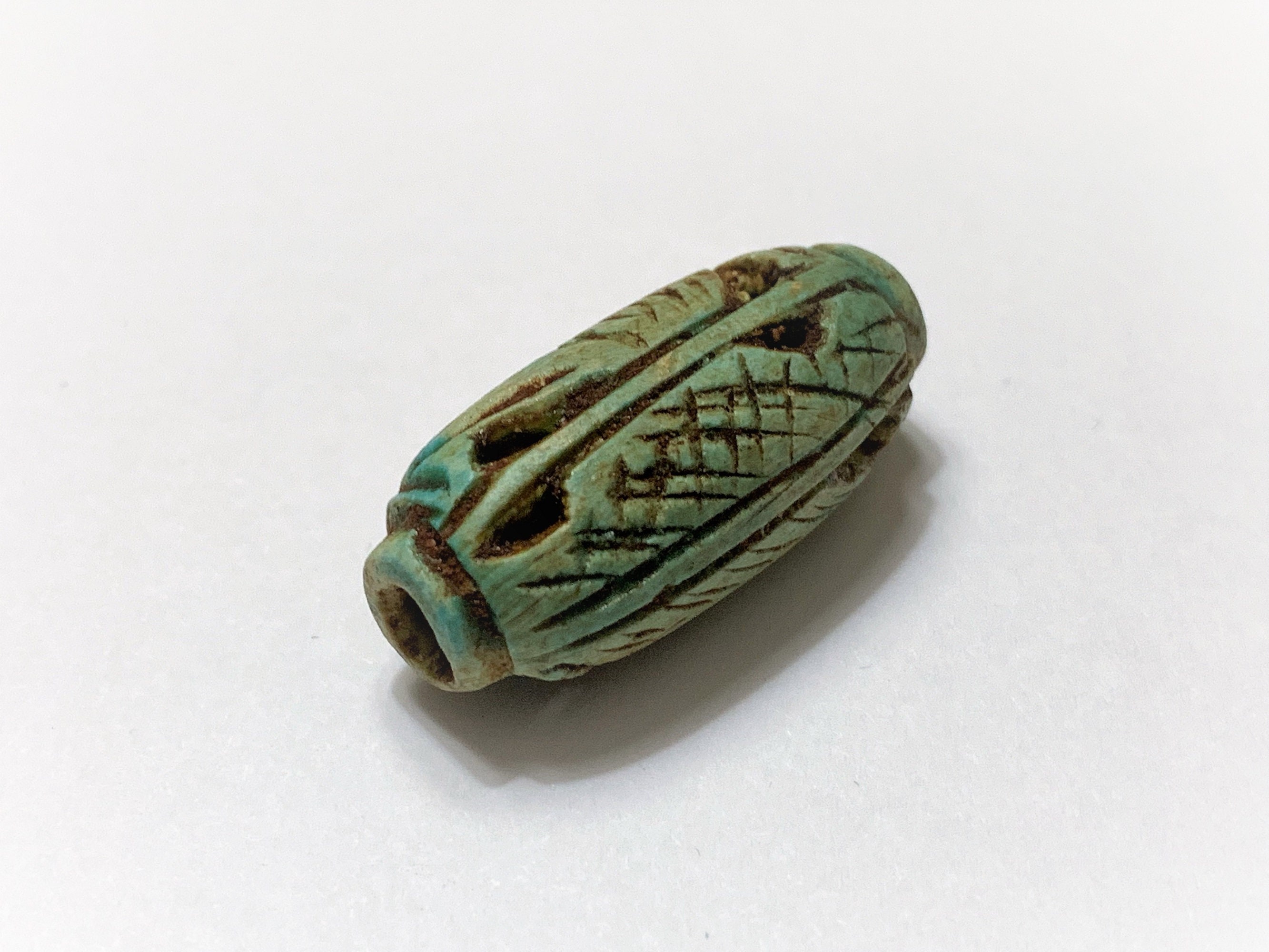 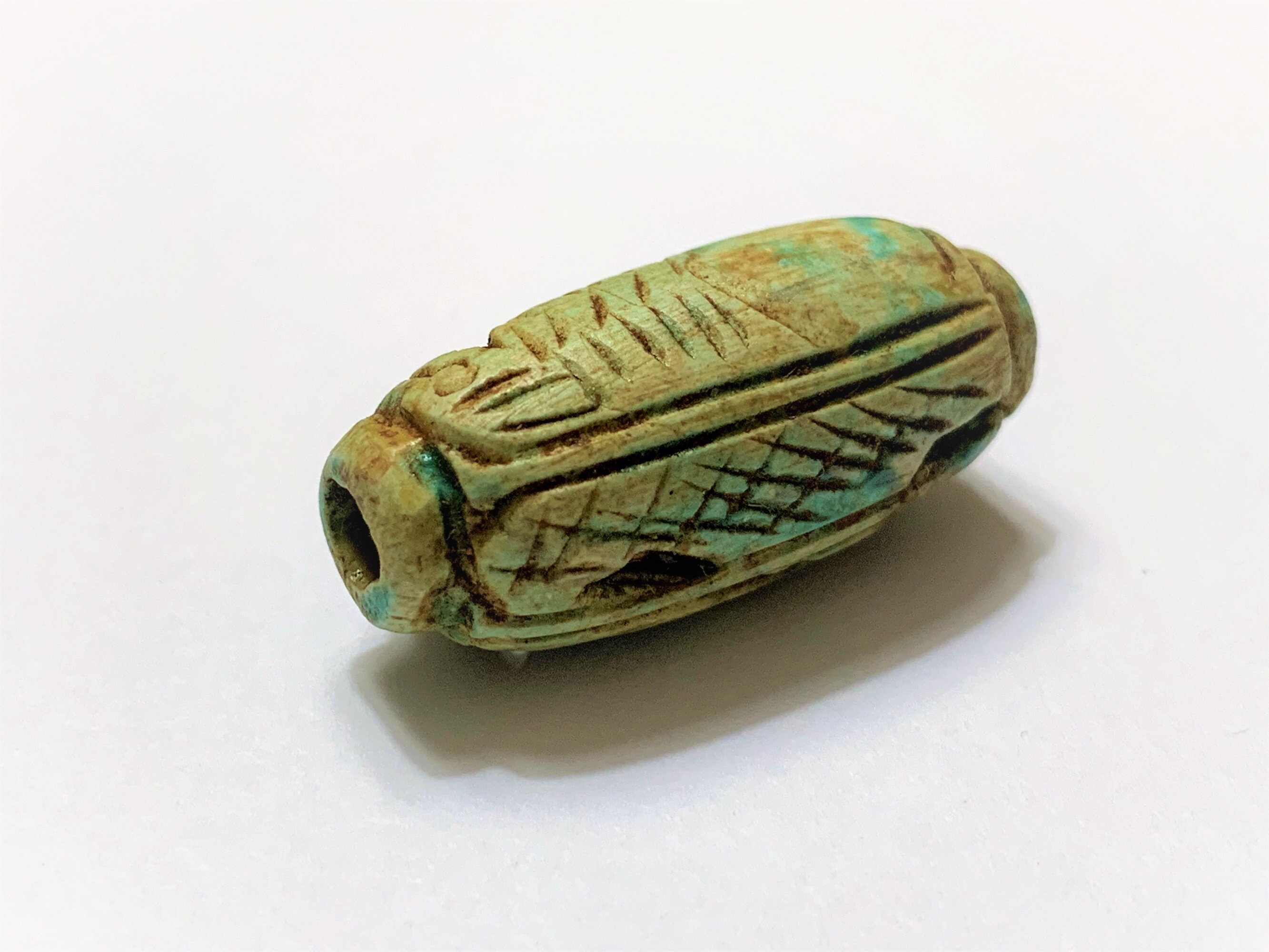 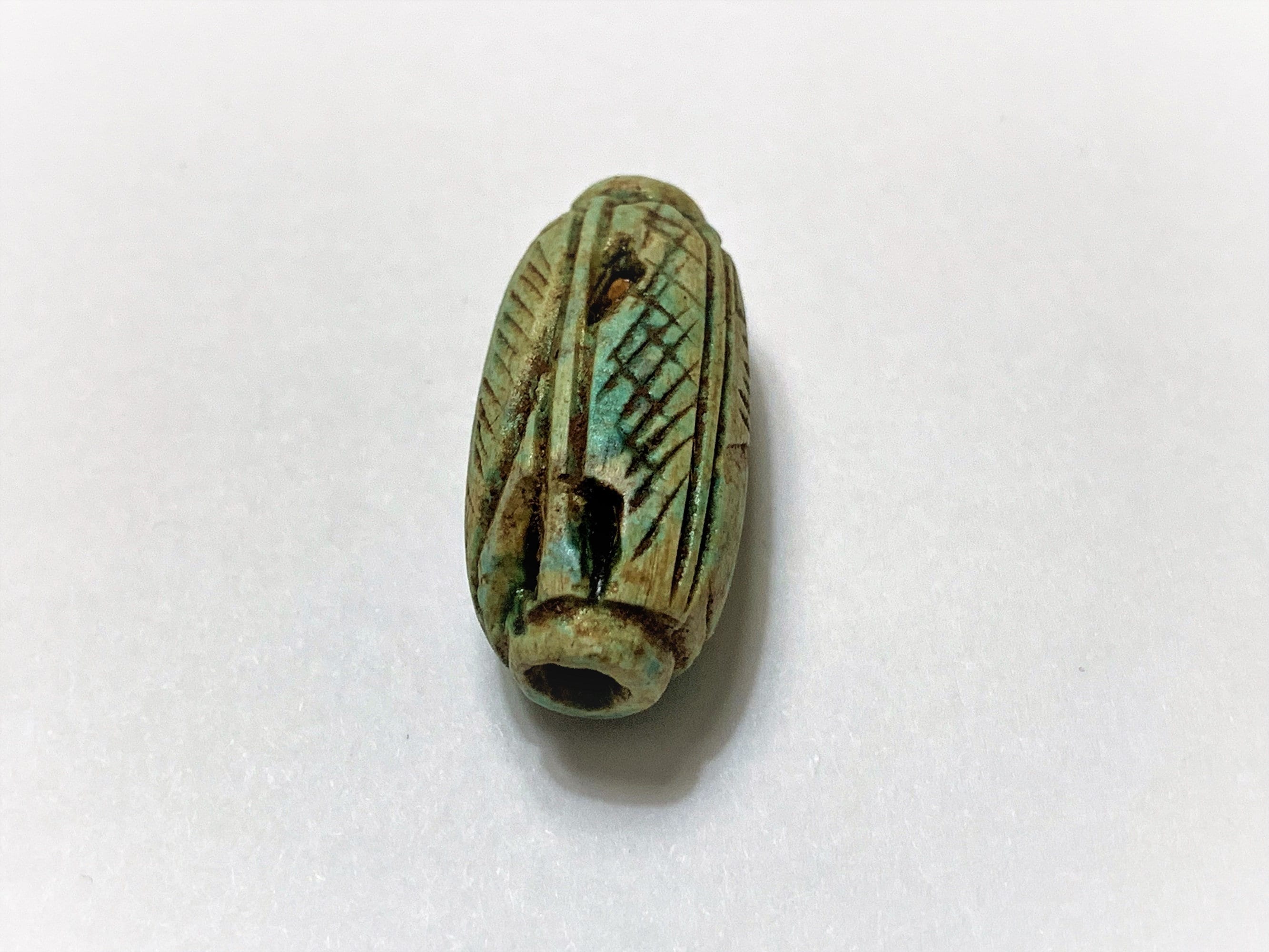 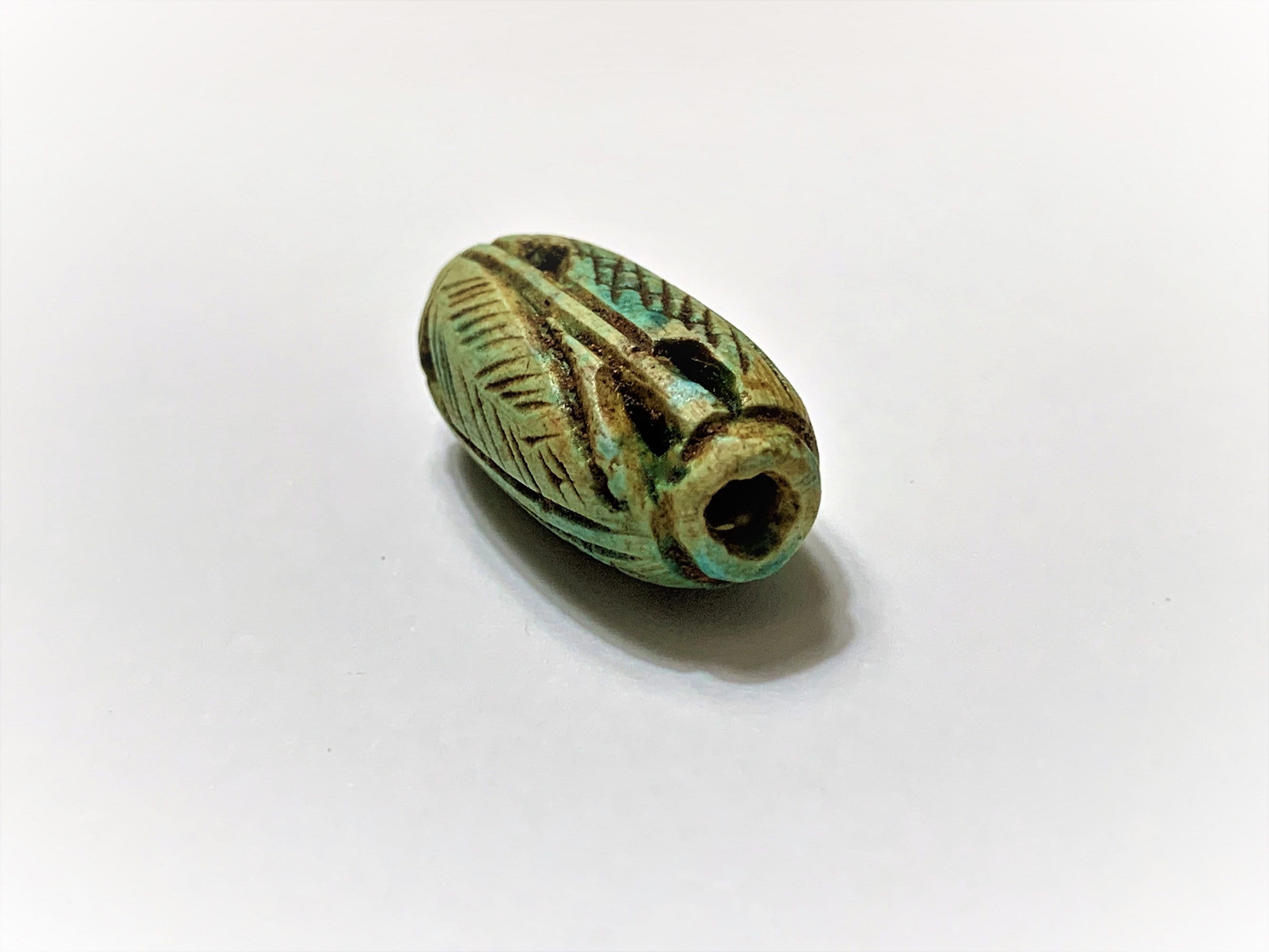 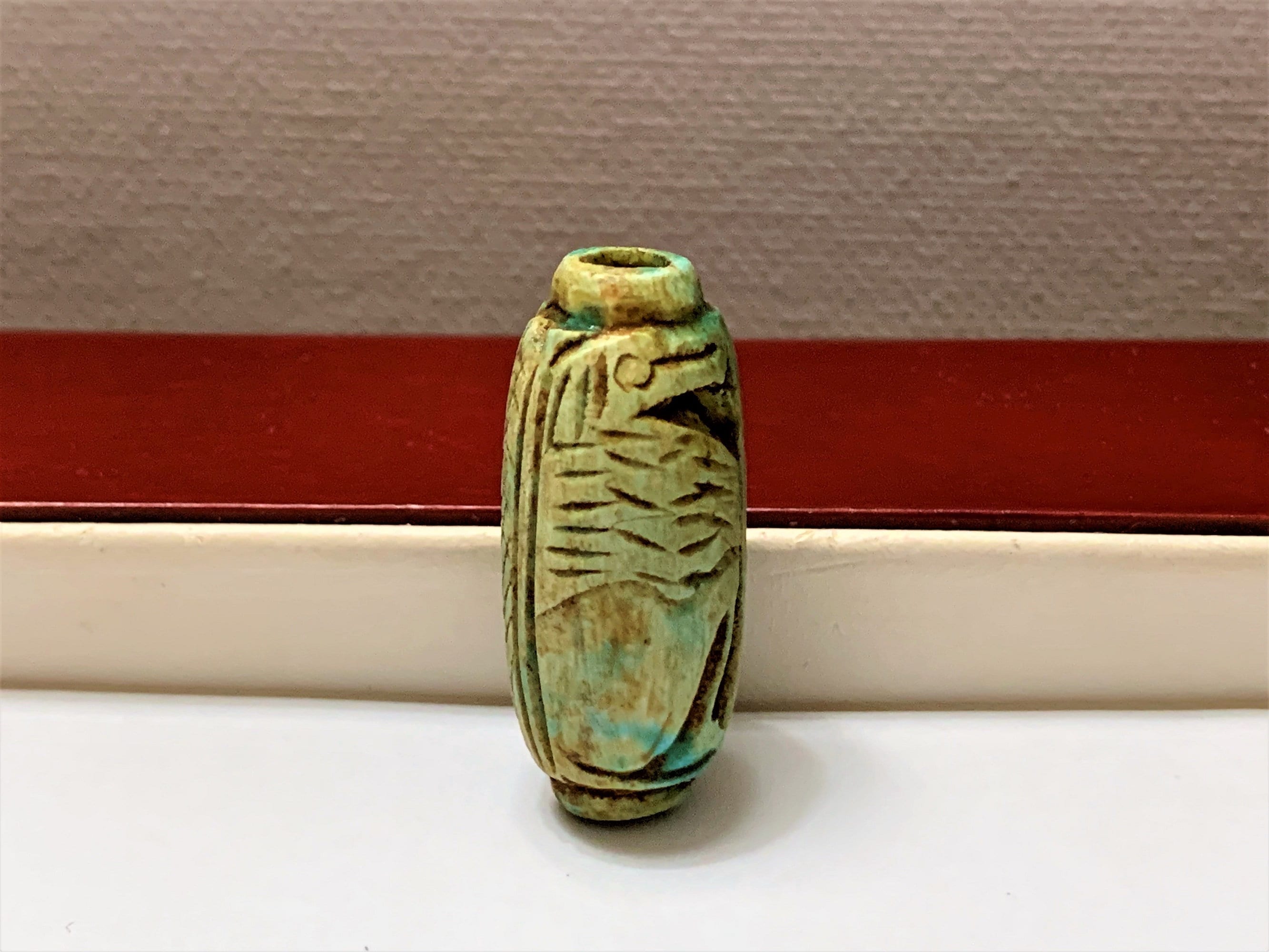 EGYPTIAN COBRA - SYMBOL OF GREAT POWER ON 1 OF THE SIDES, THE FEATHER OF JUSTICE (GODDESS MAAT'S SYMBOL), AND THE BABOON (EMBODIMENT OF GOD THOTH)

THE BABOON WAS THE MOST WELL-KNOWN MANIFESTATION OF THE MOON GOD THOTH.
- THOTH TOOK ON THE POSITION AS 'GOD OF THE SCRIBES', ASSOCIATED WITH THE SUBJECTS OF WRITING, SCIENCE, JUDGEMENT, KNOWLEDGE AND THE AFTERLIFE.
A FASCINATING EXAMPLE OF ANCIENT FINE ART

Tutankhamen where over one hundred objects were entirely or partially of faience.

'EXACT AGE IS NOT DETERMINED'