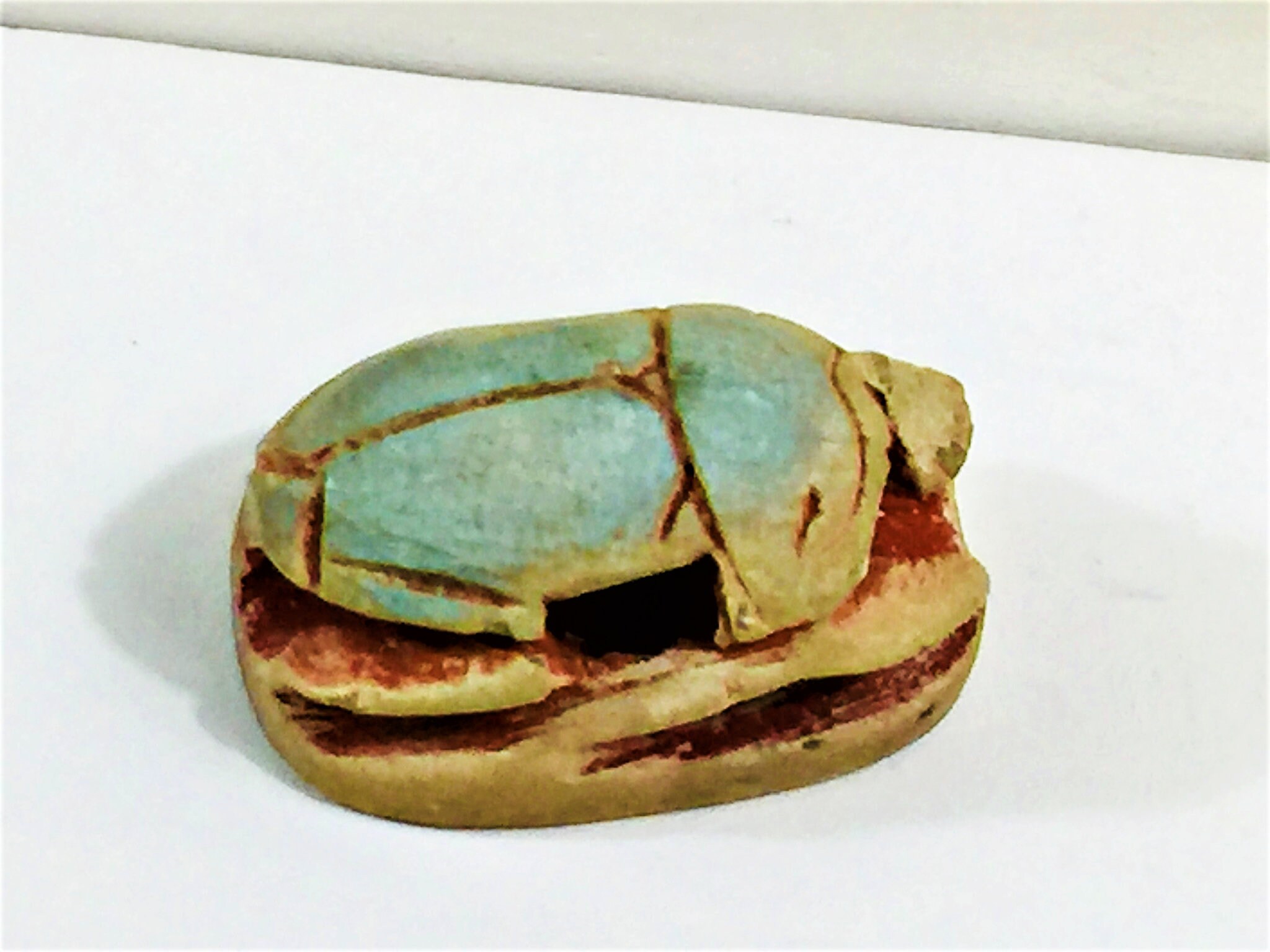 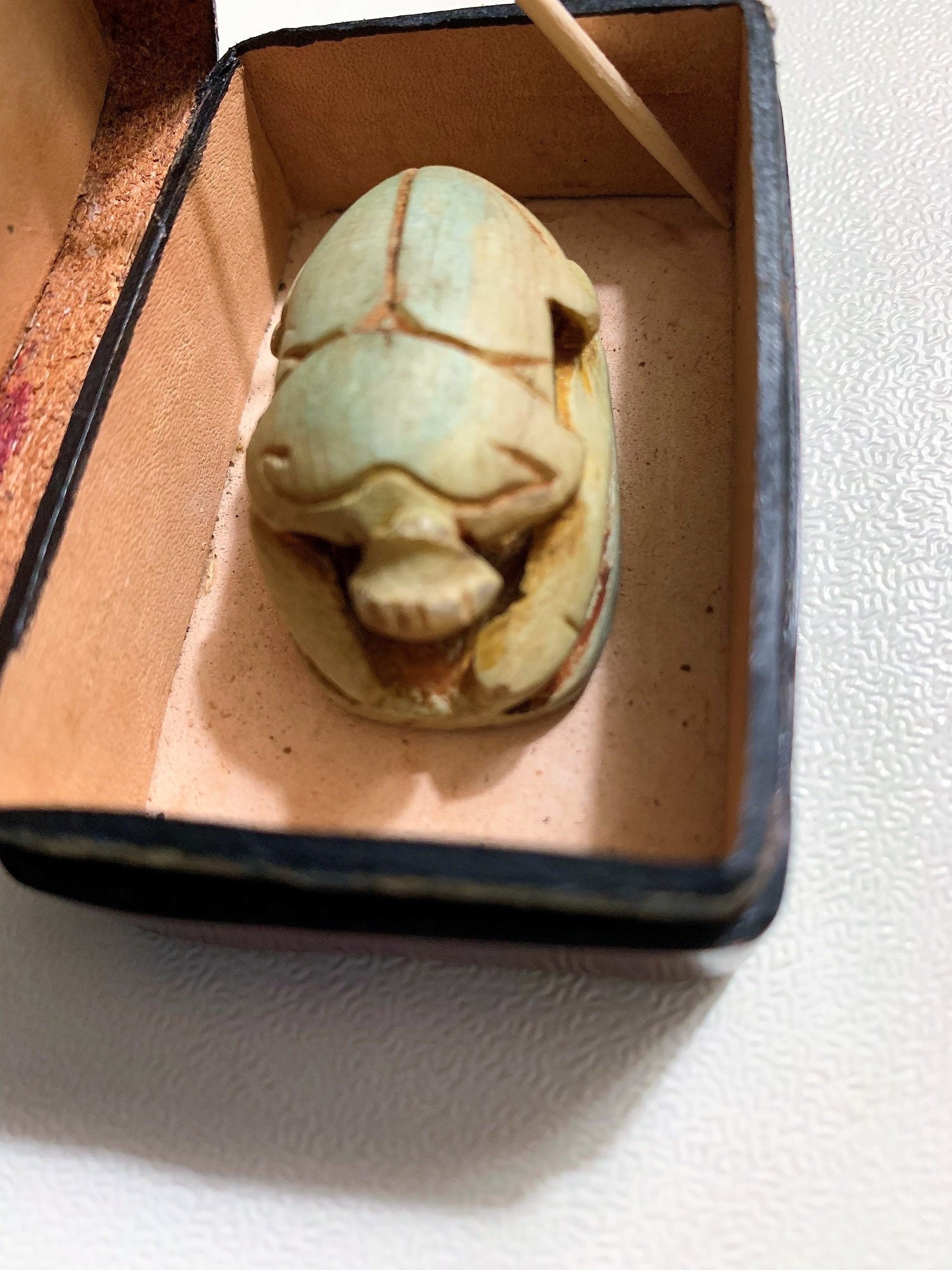 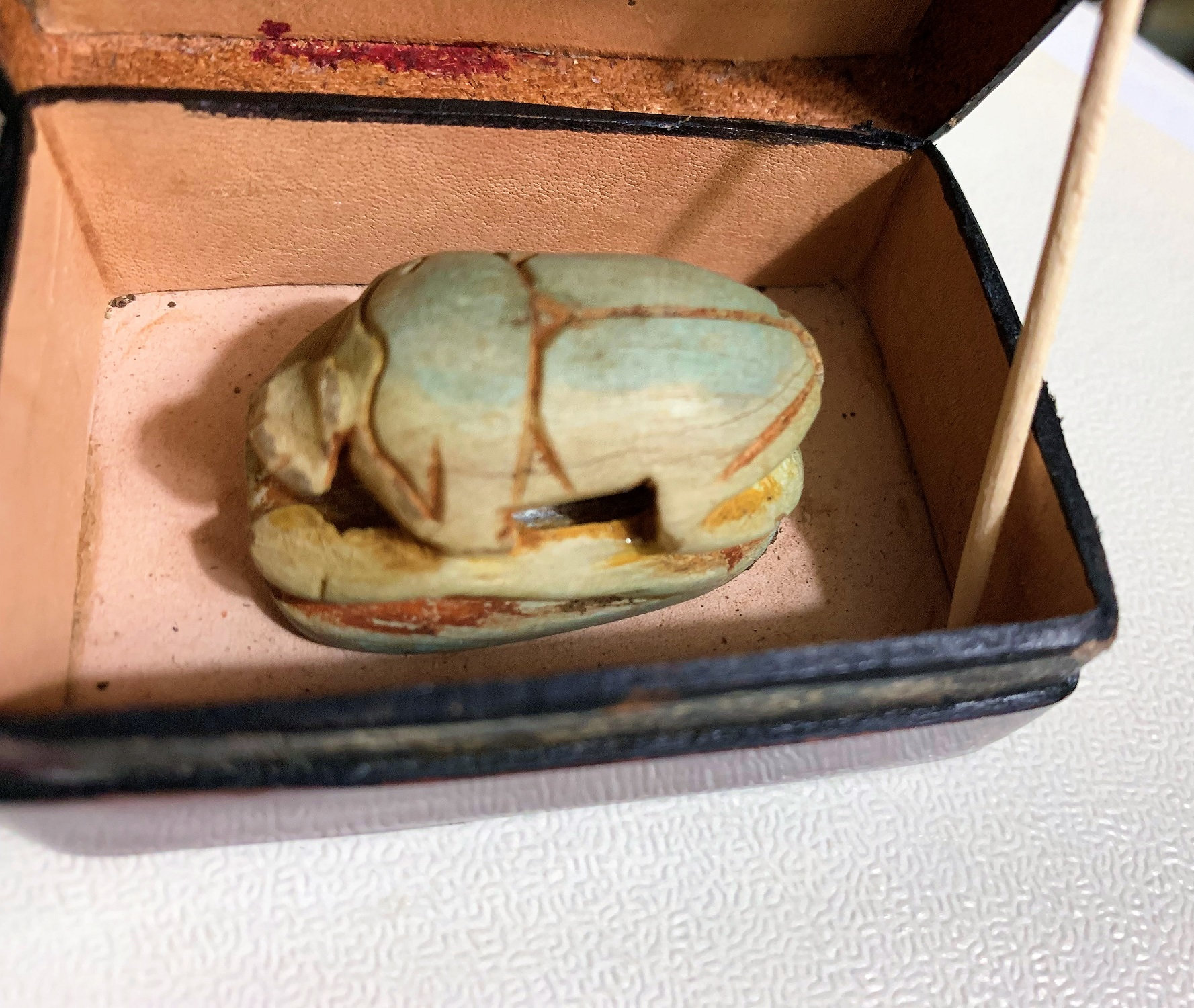 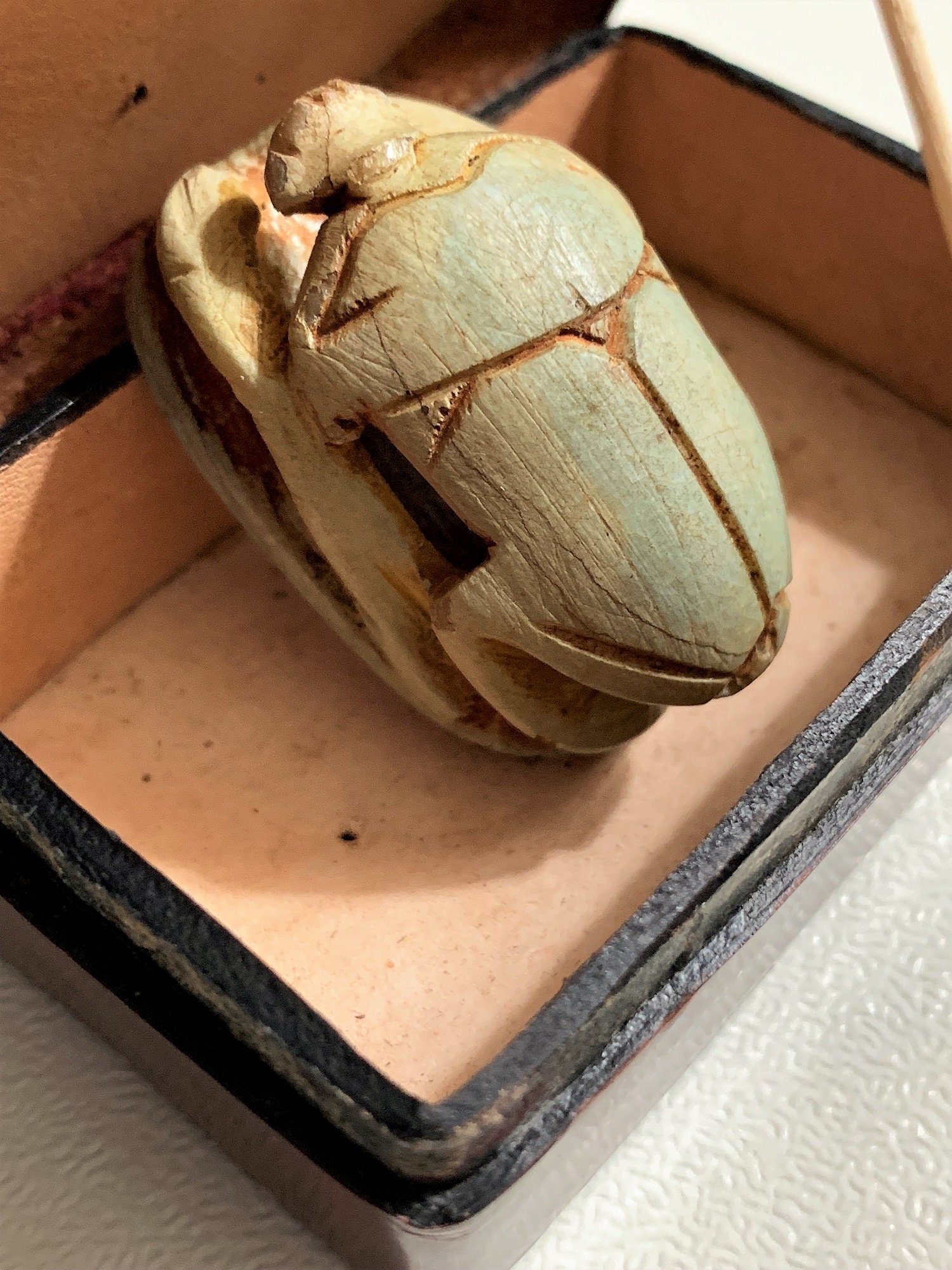 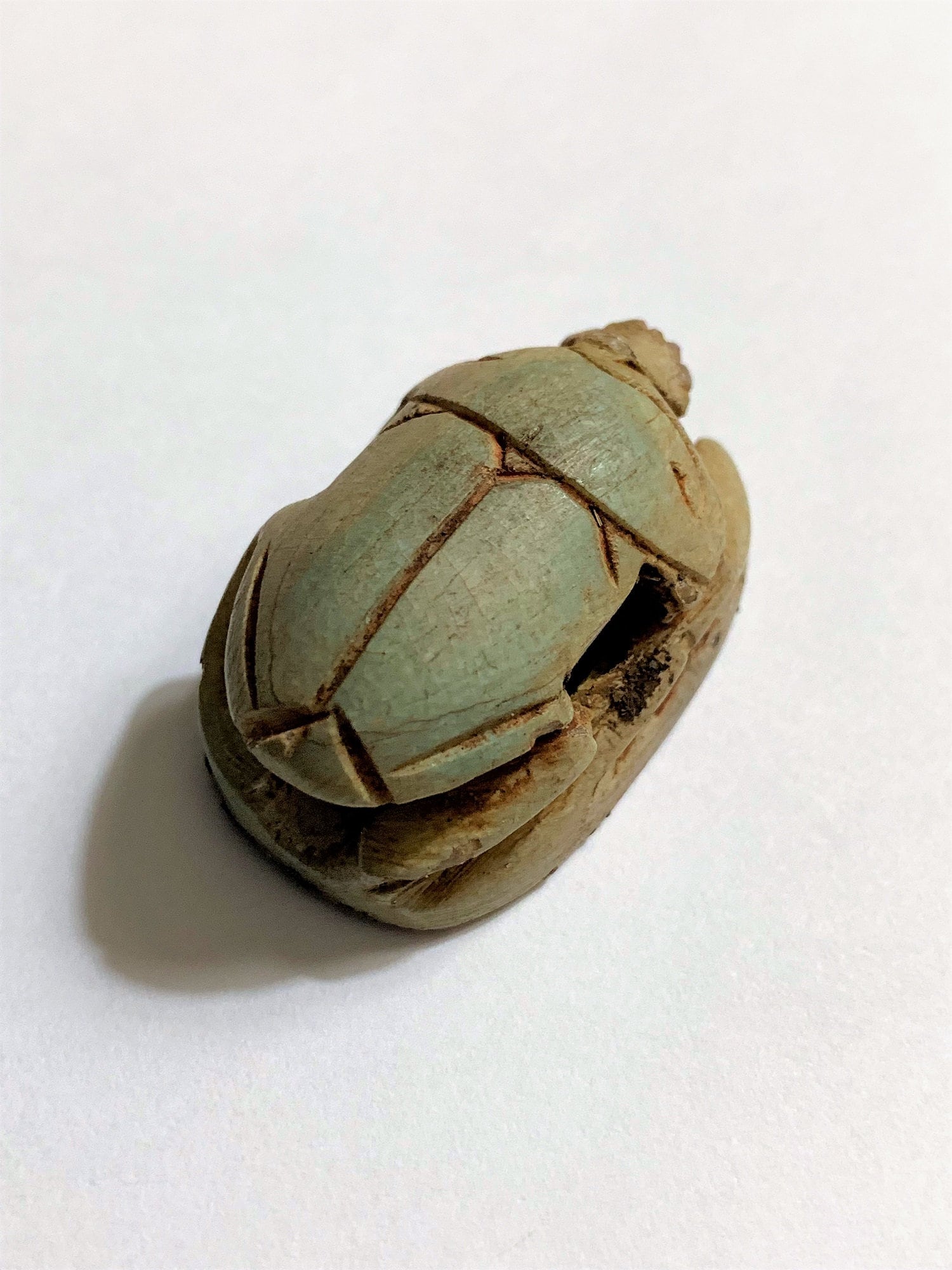 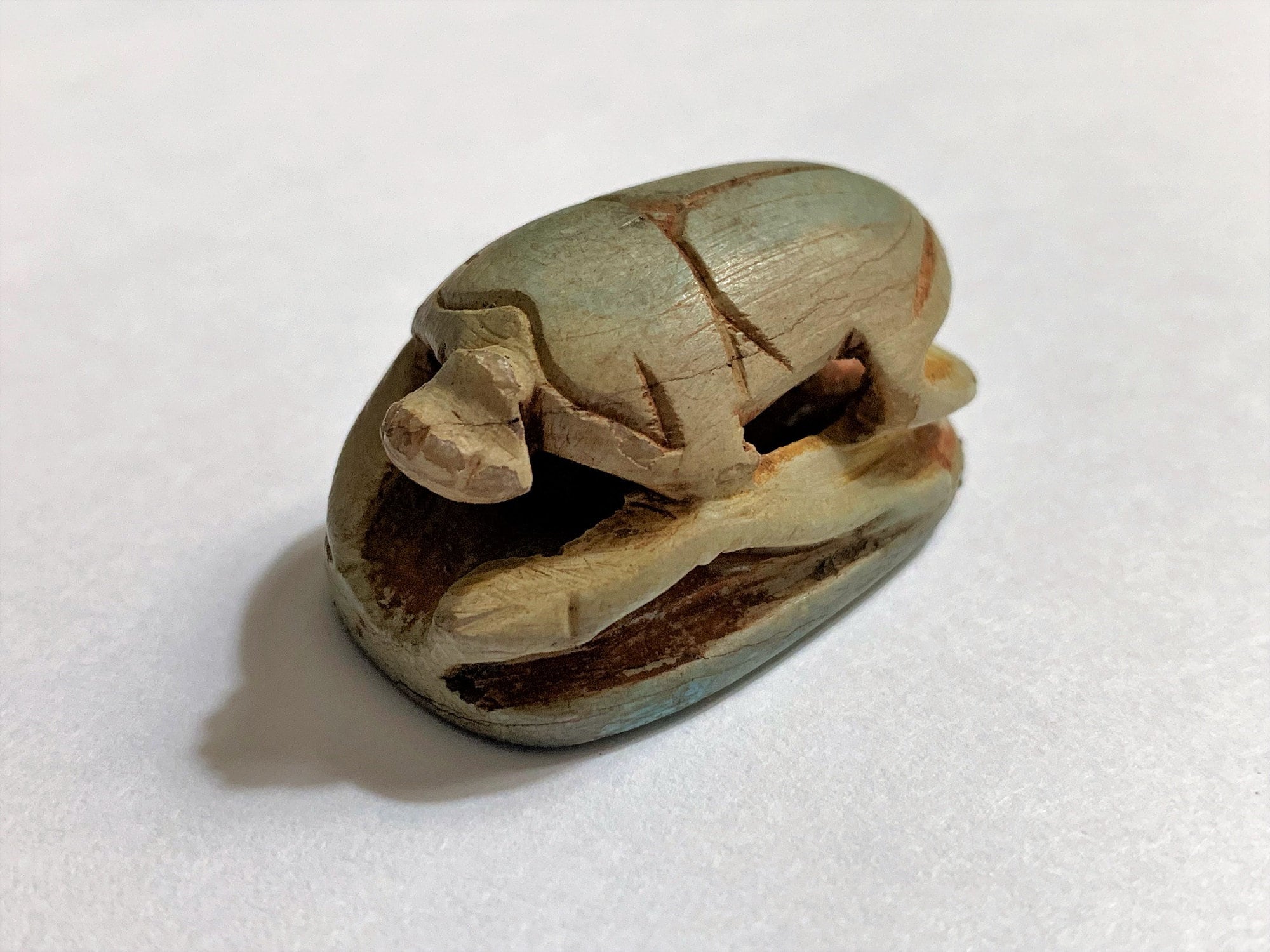 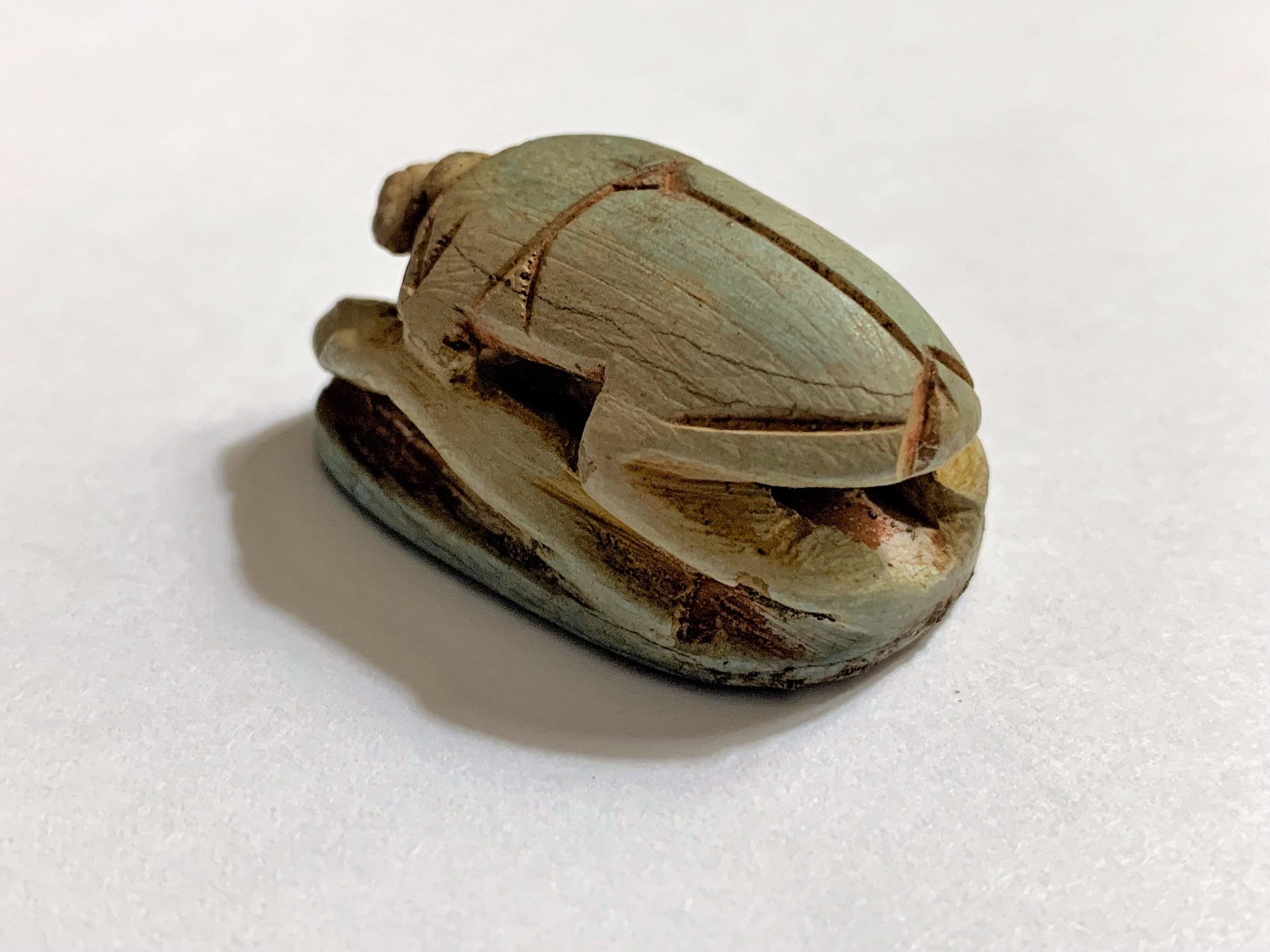 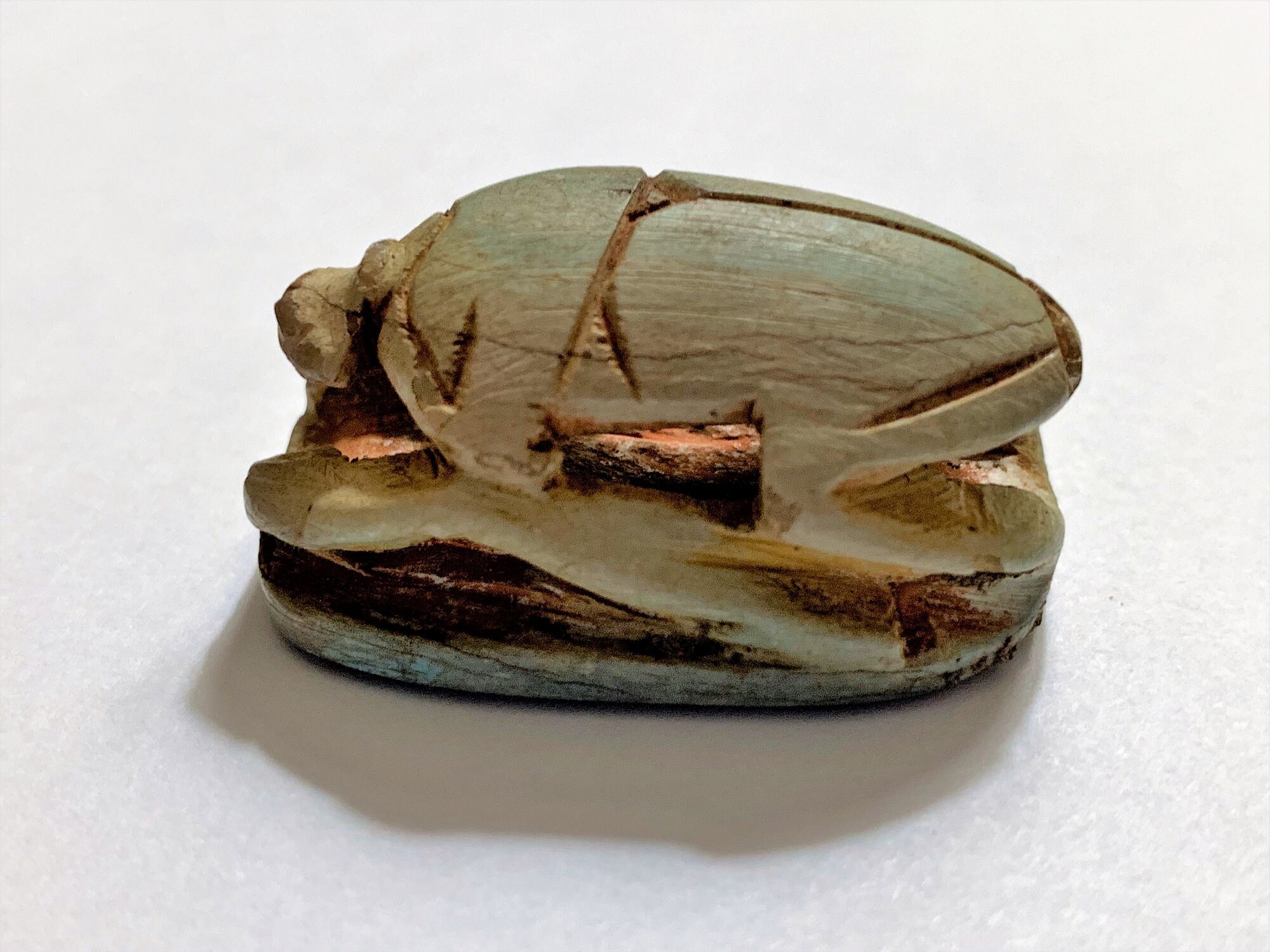 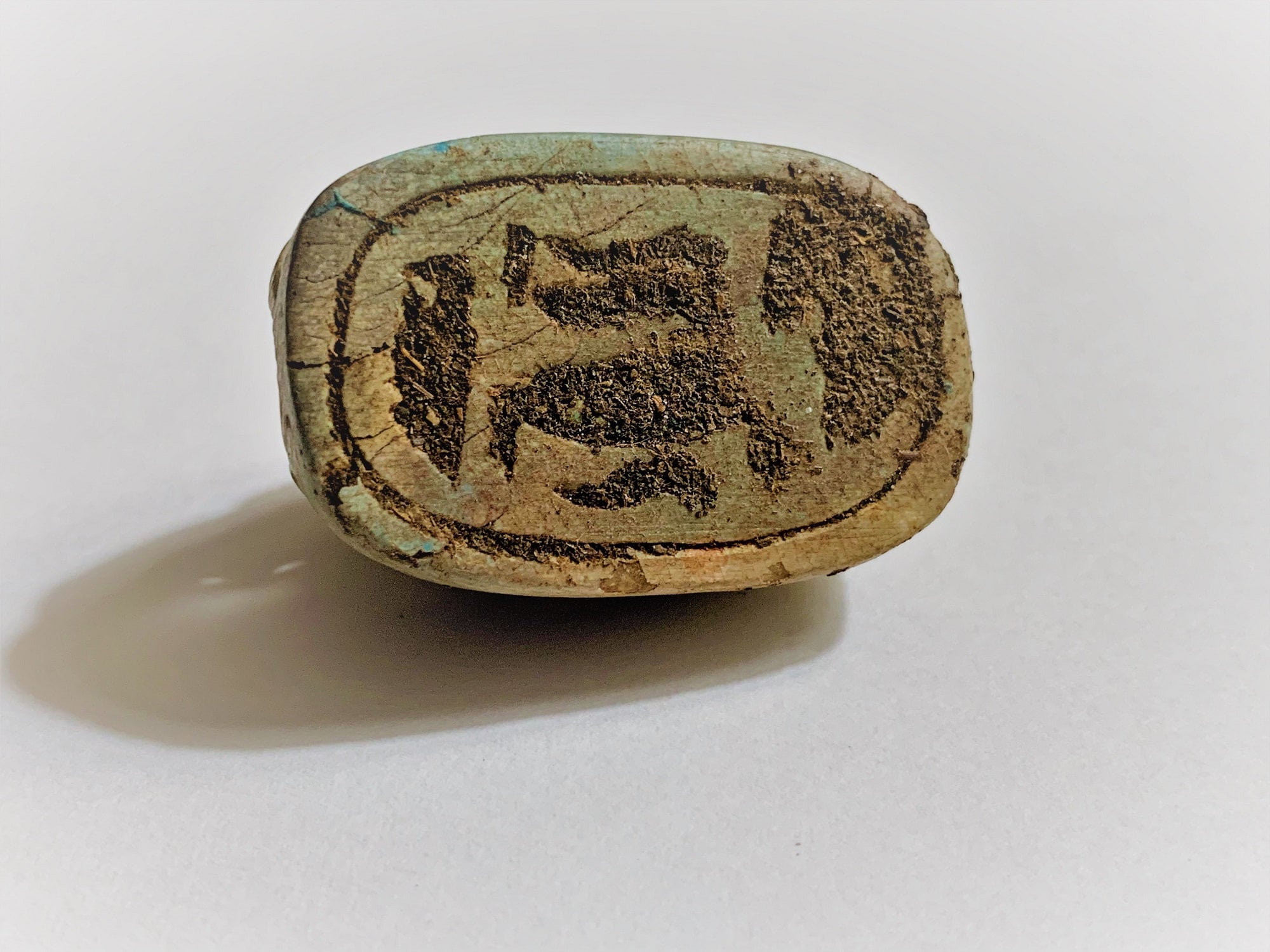 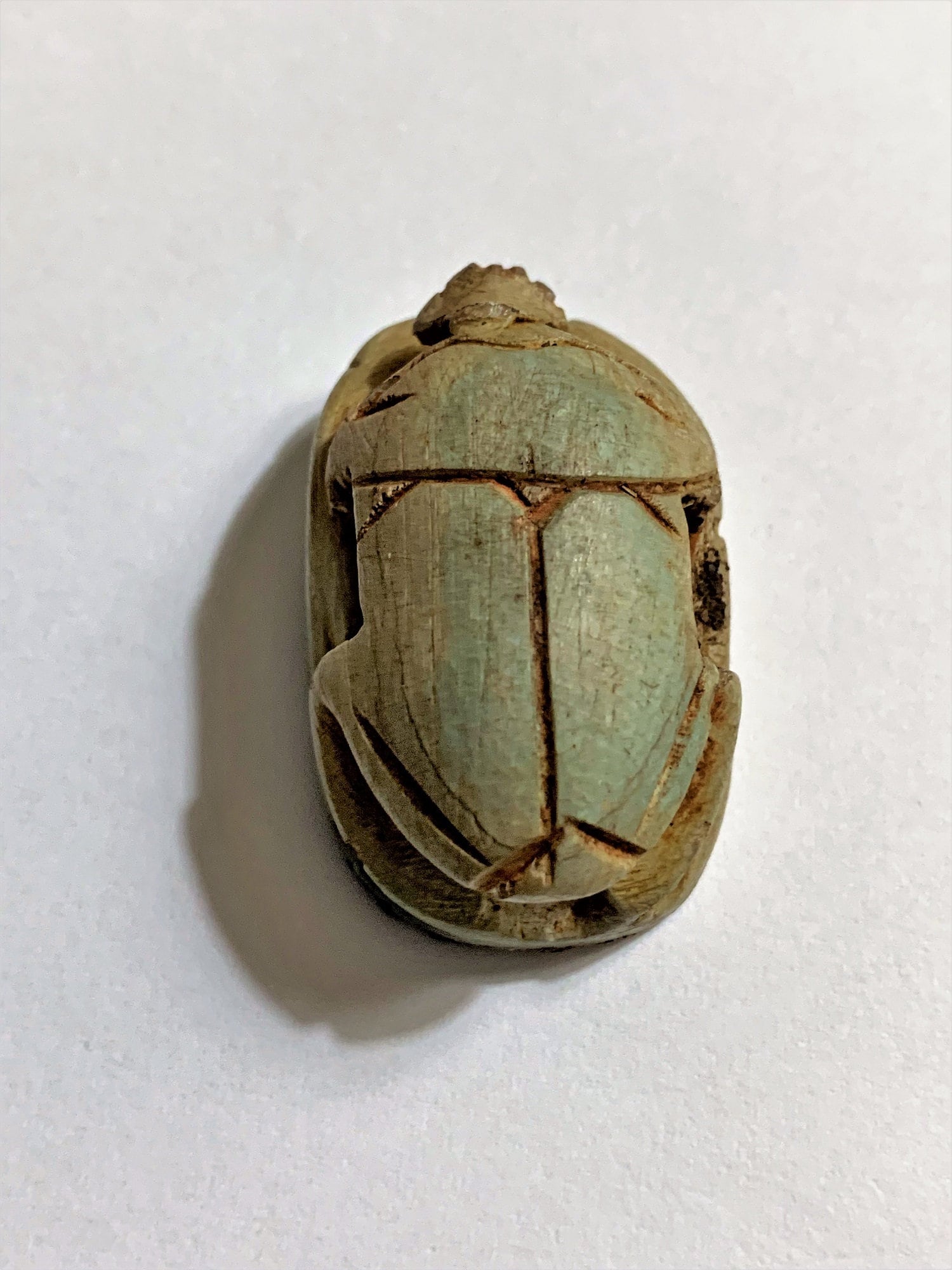 ACQUIRED FROM TELL EL-AMARNA AREA, SITE OF THE RUINS AND TOMBS OF THE CITY OF AKHETATON (HORIZON OF ATON) IN UPPER EGYPT, EAST BANK OF THE NILE.

- RITUAL HIEROGLYPHICS INSCRIPTION ON THE BACK.

AQUIRED IN 1921 EXACT AGE UNDETERMIND, IT'S GUARANTEED TO BE 95 YEARS OLD OR OLDER

* Amarna is an Extensive Egyptian Archaeological Site that represents the remains of the Capital City newly established and built by the Pharaoh Akhenaten of the late Eighteenth Dynasty, and abandoned shortly after his death (1332 BC).

The Name for the city employed by the Ancient Egyptians is written as Akhetaton , in English transliteration. Akhetaton means "Horizon of the Aten".

The area was also occupied during later Roman and early Christian times; excavations to the south of the city have found several structures from this period


Scarabs were popular amulets in ancient Egypt. According to ancient Egyptian myths, the sun (Ra) rolls across the sky each day and transforms bodies and souls. the scarab was seen as an earthly symbol of this heavenly cycle. This came to be iconographic, and ideological symbols were incorporated into ancient Egyptian society.