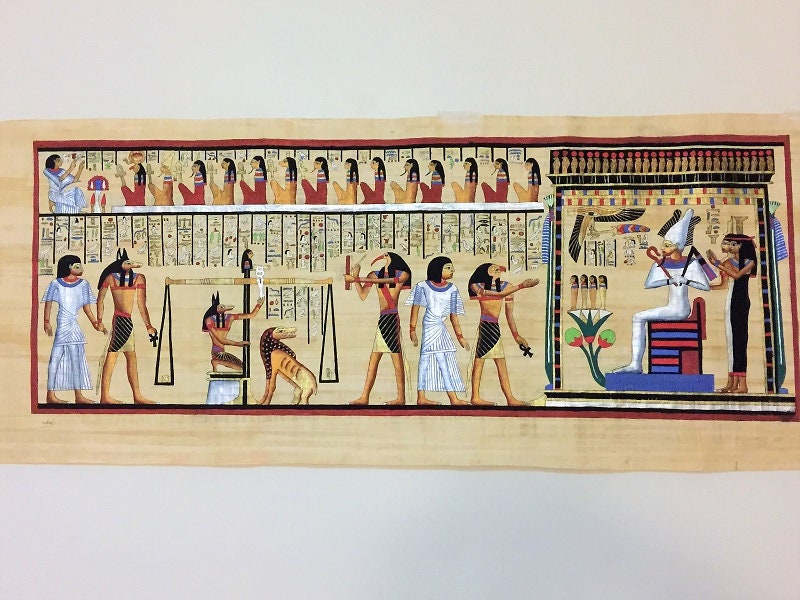 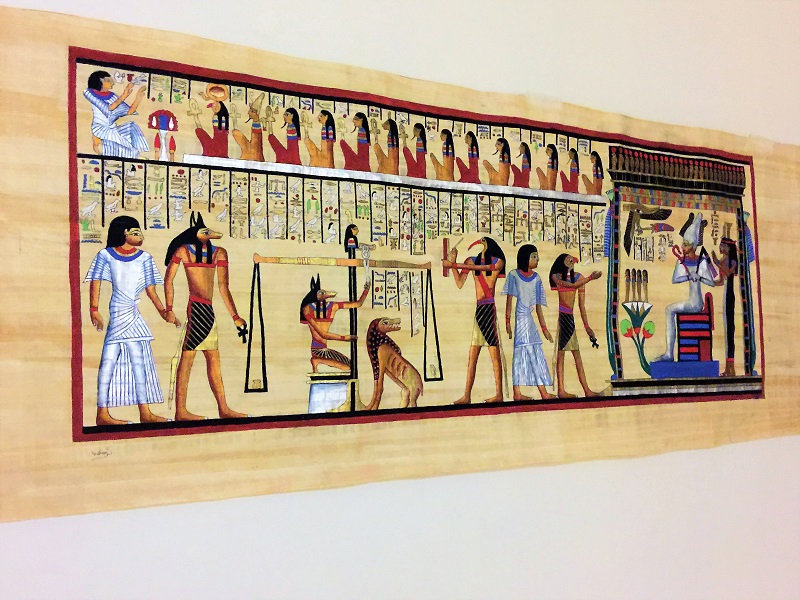 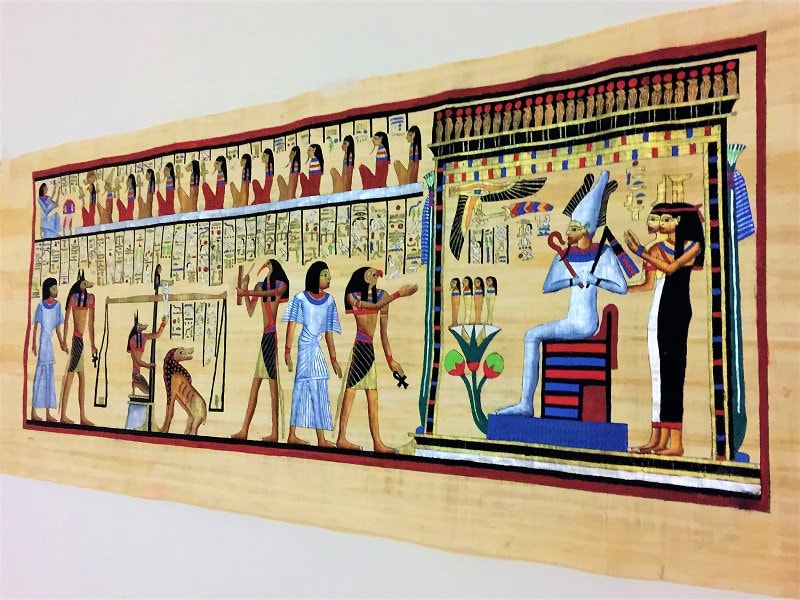 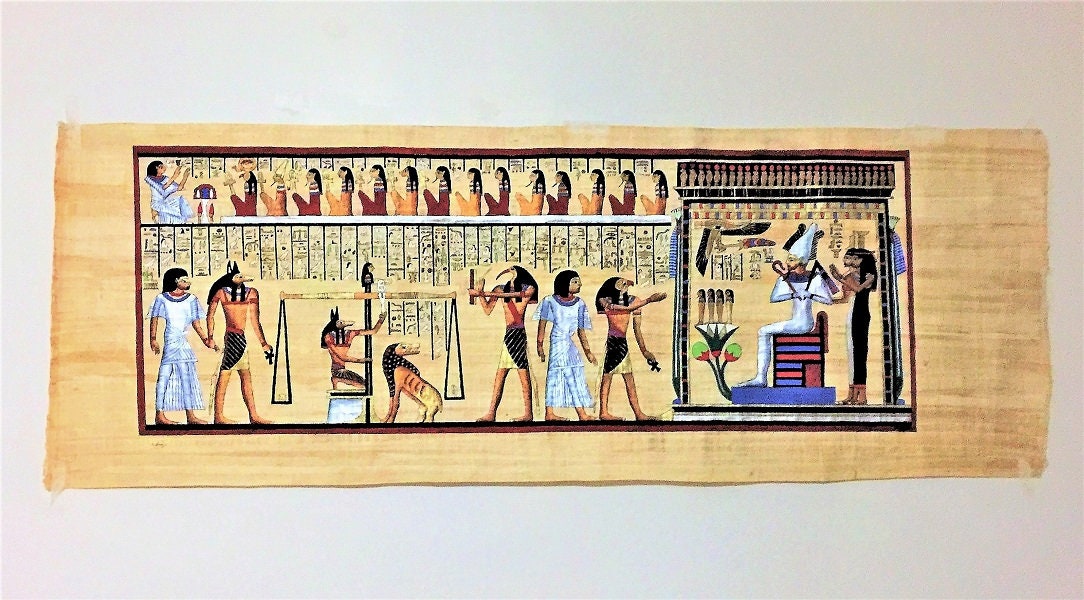 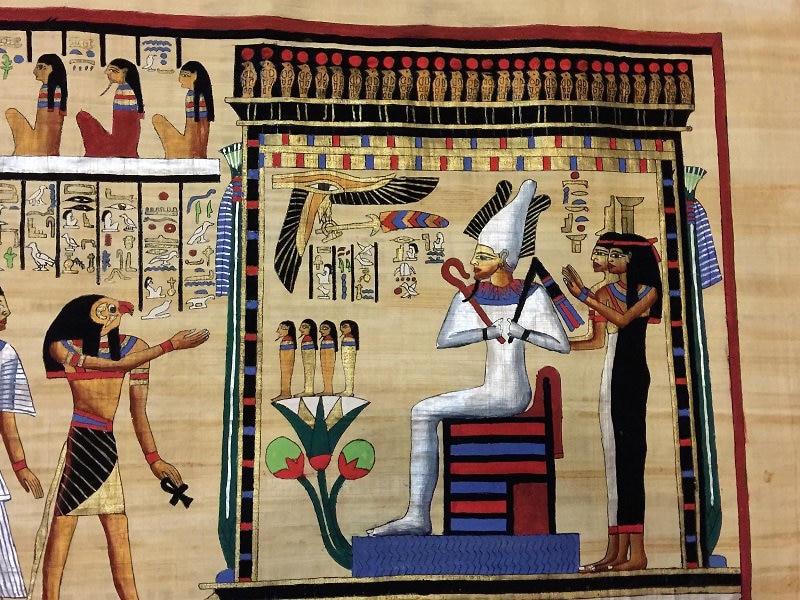 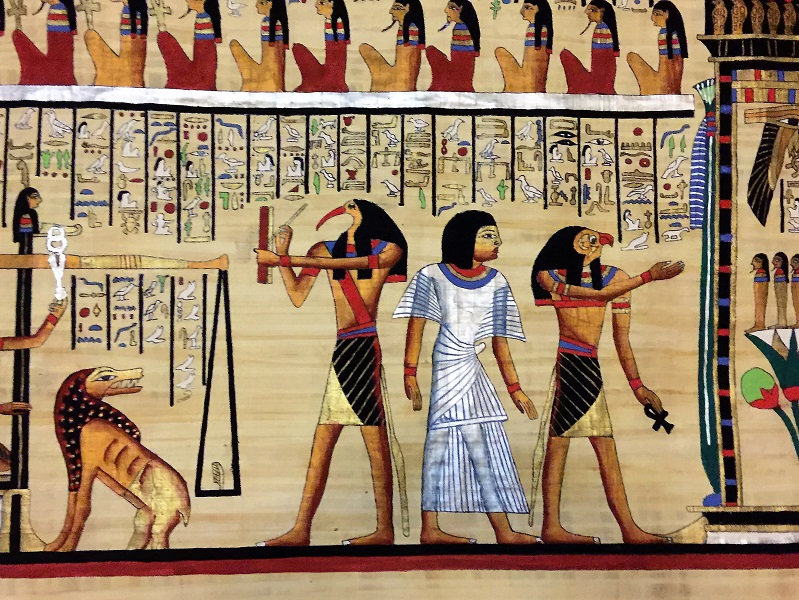 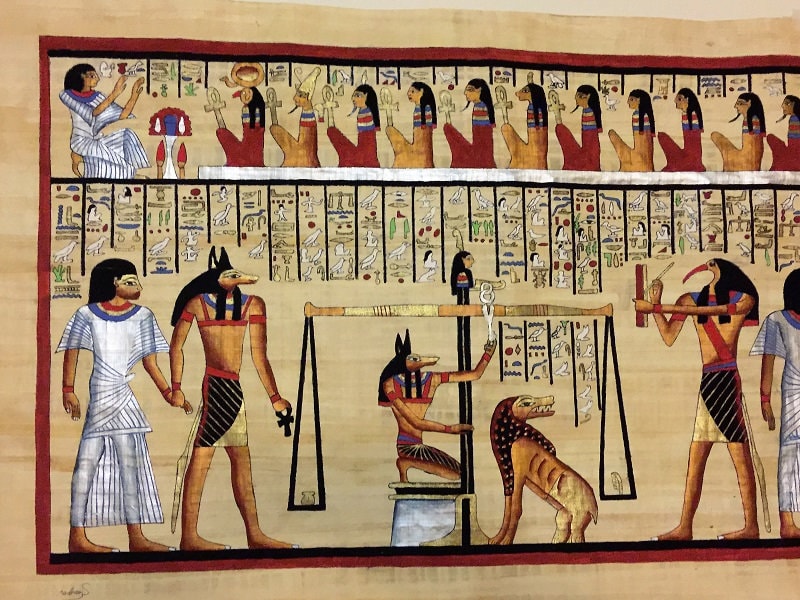 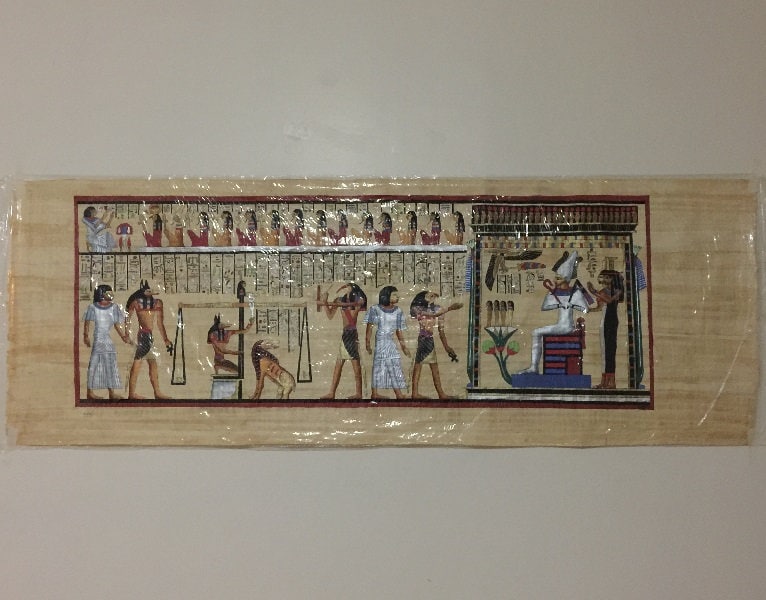 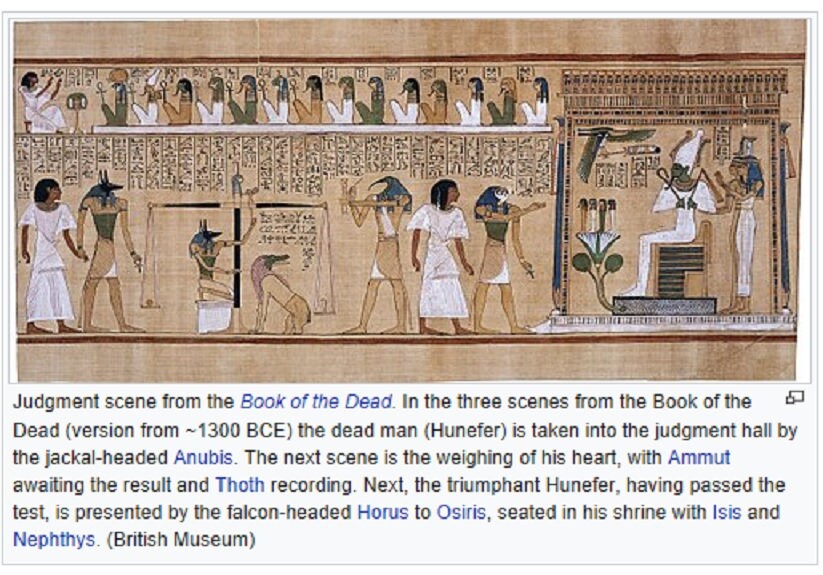 THE SCENE:
Judgment scene from the Book of the Dead. In the three scenes from the Book of the Dead (version from ~1300 BCE) Hunefer is taken into the judgment hall by the jackal-headed Anubis. The next scene is the weighing of his heart, with Ammut awaiting the result and Thoth recording. Next, the triumphant Hunefer, having passed the test, is presented by the falcon-headed Horus to Osiris, seated in his shrine with Isis and Nephthys. (British Museum)

Hunefer was a scribe during the 19th Dynasty (fl. c. 1300 BCE) . He was the owner of the Papyrus of Hunefer, a copy of the funerary Egyptian Book of the Dead, which represents one of the classic examples of these texts, along with others such as the Papyrus of Ani.

Was the "Scribe of Divine Offerings", "Overseer of Royal Cattle", and steward of Pharaoh Seti I.

The Papyrus of Ani is a papyrus manuscript with cursive hieroglyphs and color illustrations created c. 1250 BCE, in the 19th dynasty of the New Kingdom of ancient Egypt. Egyptians compiled an individualized book for certain people upon their death, called the Book of Going Forth by Day, more commonly known as the Book of the Dead, typically containing declarations and spells to help the deceased in their afterlife. The Papyrus of Ani is the manuscript compiled for the Theban scribe Ani.
It was stolen from an Egyptian government storeroom in 1888 by Sir E. A. Wallis Budge, as described in his two-volume By Nile and Tigris, for the collection of the British Museum where it remains today.
Before shipping the manuscript to England, Budge cut the seventy-eight foot scroll into thirty-seven sheets of nearly equal size, damaging the scroll's integrity at a time when technology had not yet allowed the pieces to be put back together

Archaeologist E. A. Budge: Legend has it that while exploring the ruins in the Valley of the Kings, Budge disappeared in 1888, and he was never seen again.