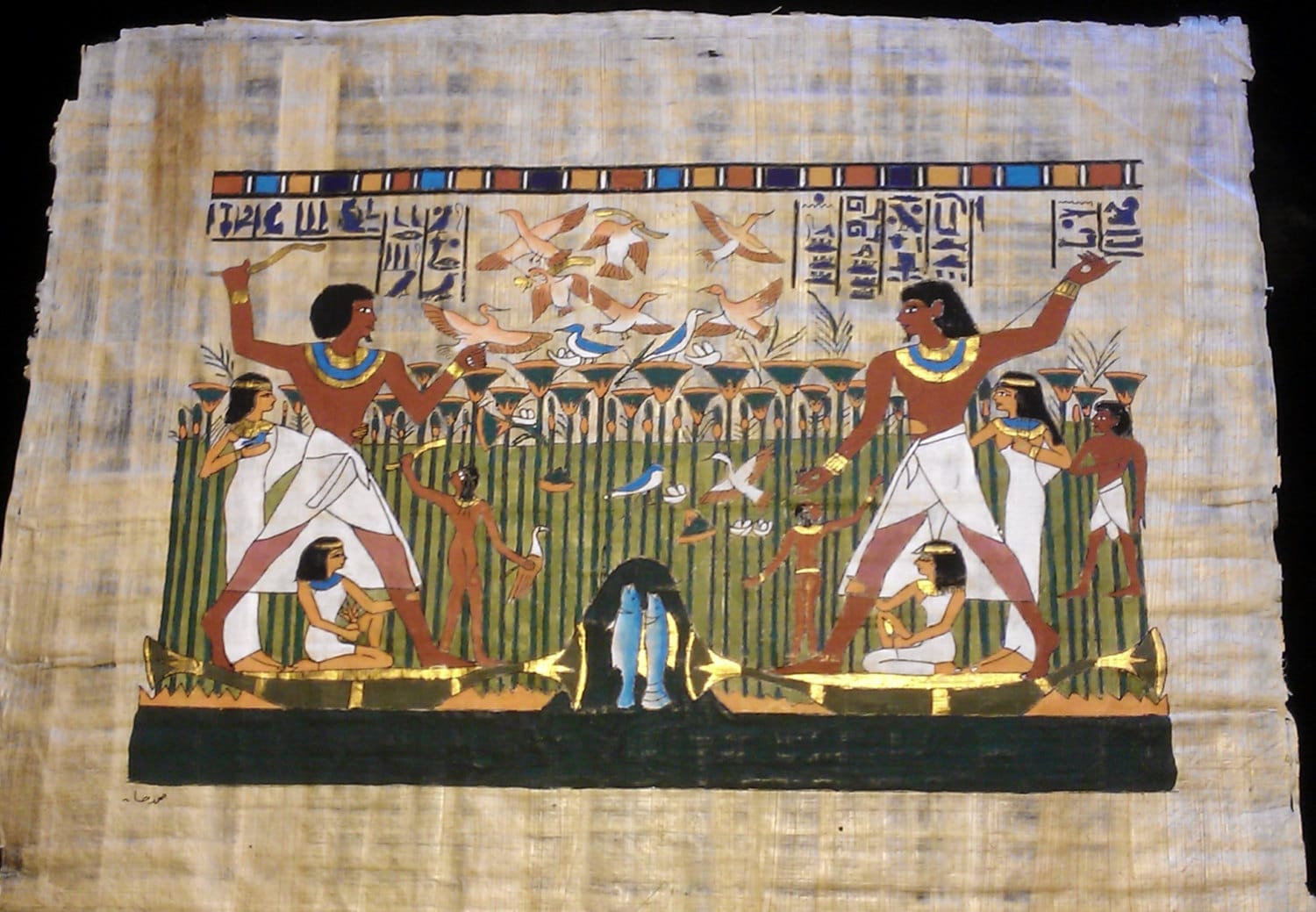 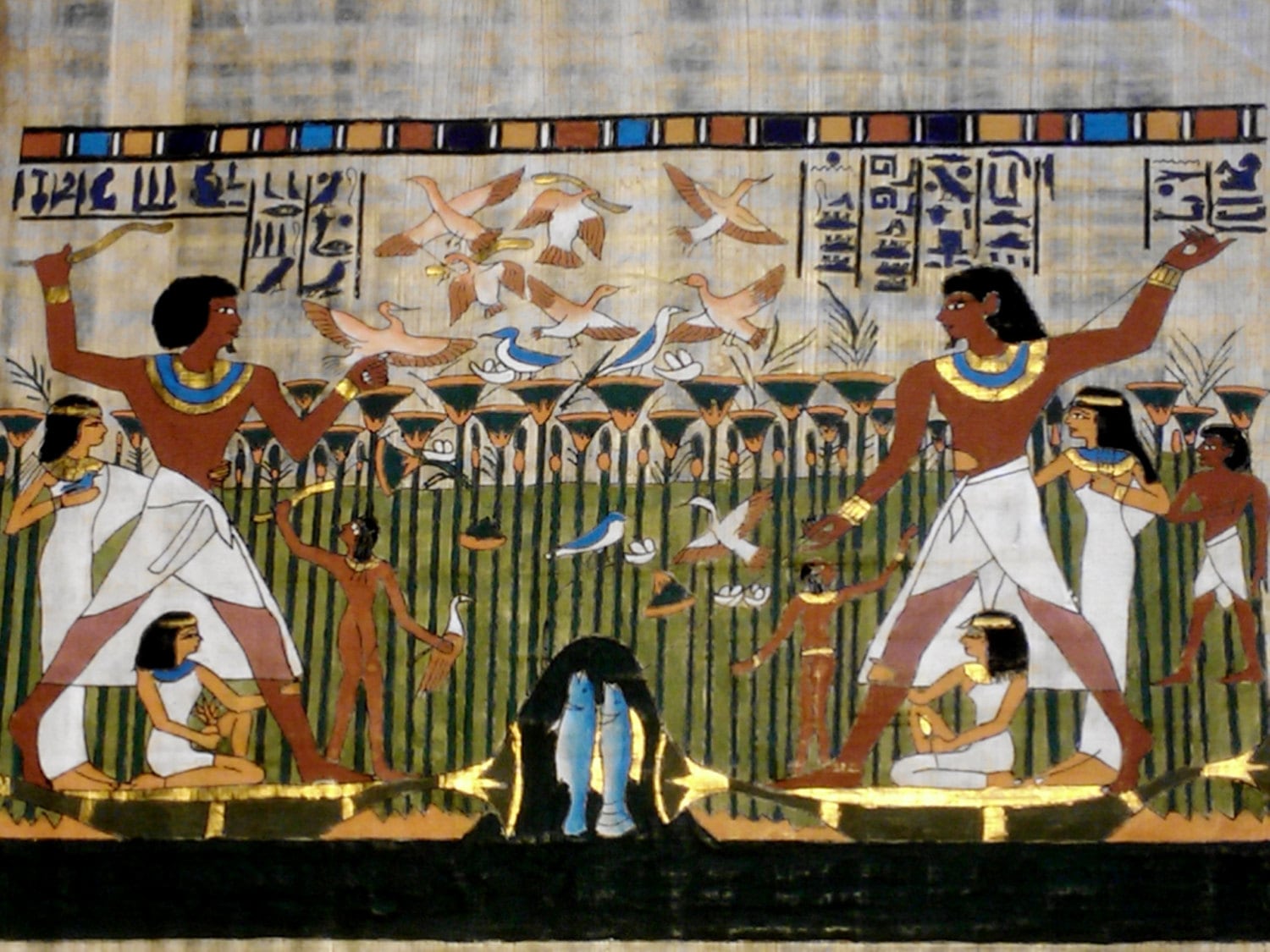 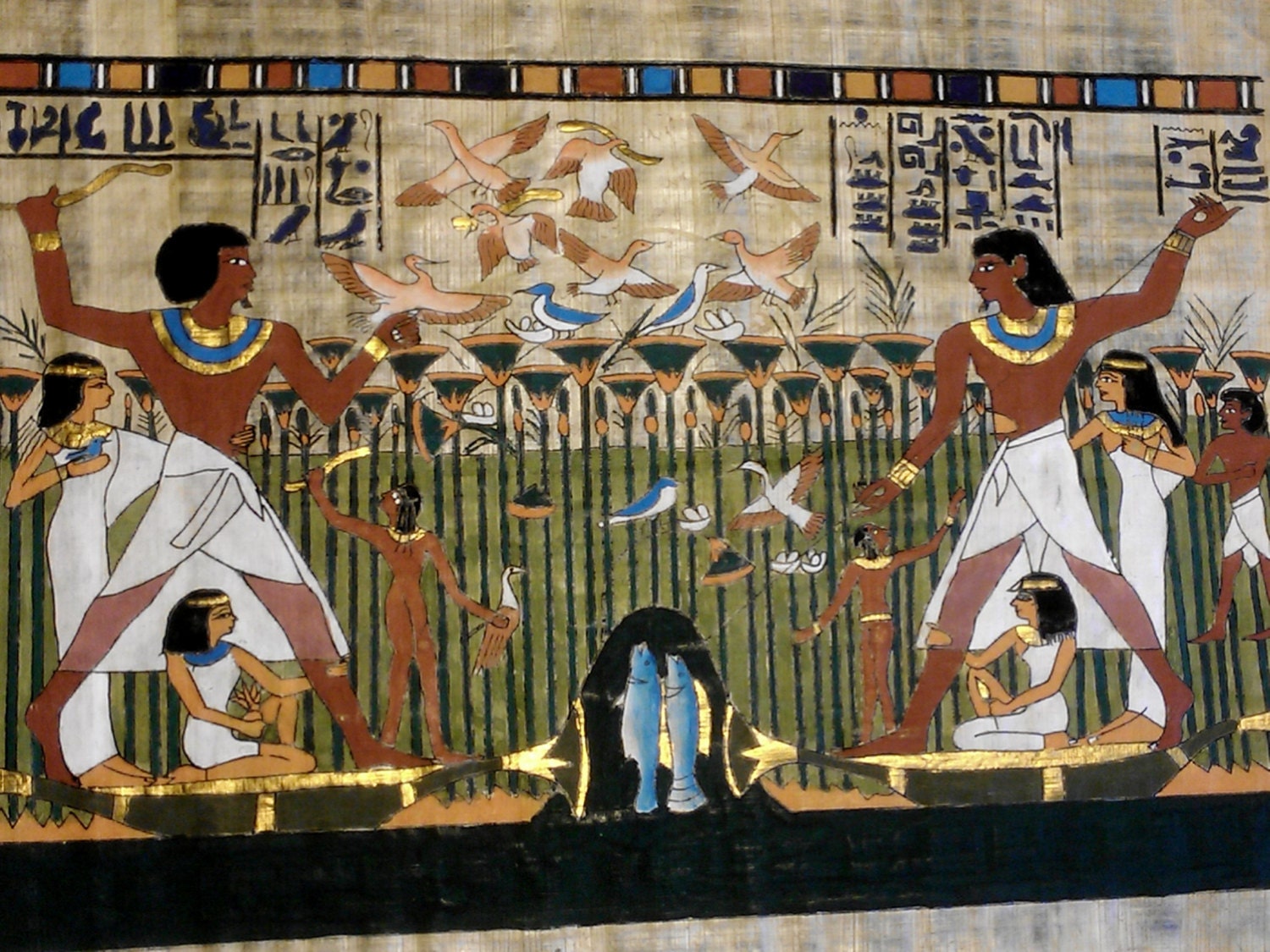 - SCENE FROM THE DAILY LIFE OF ANCIENT EGYPT. FAMILY LIFE

This is a tomb painting from the tomb of a man named Menna. Tombs of the Nobles

For Egyptians, the cycles of human life, rebirth, and afterlife mirrored the reproductive cycles that surrounded them in the natural world. After death, the Egyptians looked forward to continuing their daily lives as an invisible spirit among their descendents on Earth in Egypt, enjoying all the pleasures of life with none of its pain or hardships. This vision is vividly depicted in the sculptures, reliefs, and wall paintings of Egyptian tombs, with the deceased portrayed in the way he or she wished to remain forever accompanied by images of family and servants. These forms of art not only reflect the Egyptians' love of life but also by their very presence made the afterlife a reality.

The Egyptians believed that the pleasures of life could be made permanent through scenes like this one of Menna hunting in the Nile marshes. In this painting Menna, the largest figure, is shown twice. He is spear fishing on the right and flinging throwing sticks at birds on the left. His wife, the second-largest figure, and his daughter and son are with him. By their gestures they assist him and express their affection. The son on the left is drawing attention with a pointed finger to the two little predators (a cat and an ichneumon) that are about to steal the birds' eggs. Pointed fingers were a magical gesture for averting evil in ancient Egypt, and the attack on the nest may well be a reminder of the vulnerability of life. Overall, scenes of life in the marshes, which were depicted in many New Kingdom tombs, also had a deeper meaning. The Nile marshes growing out of the fertile mud of the river and the abundant wildlife supported by that environment symbolized rejuvenation and eternal life.

The figures in Menna's family are ordered within two horizontal rows, or registers, and face toward the center in nearly identical groups that fit within a triangular shape.

- A BEAUTIFUL PAINTING WITH SO MUCH DETAILS