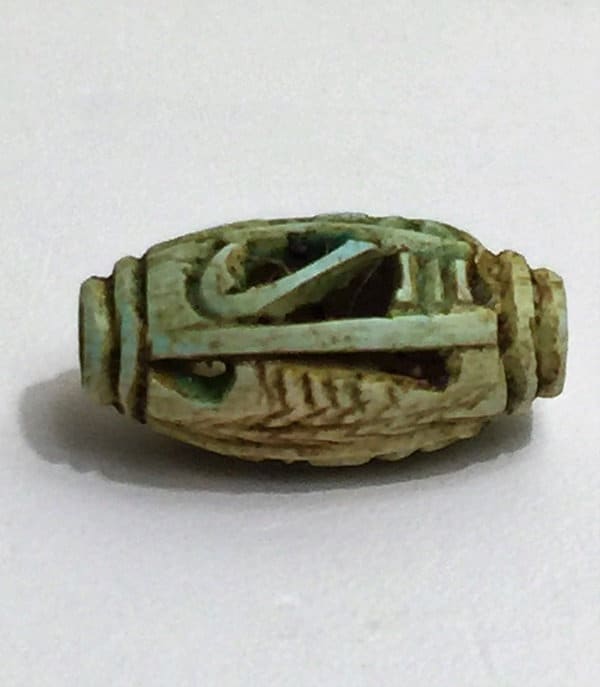 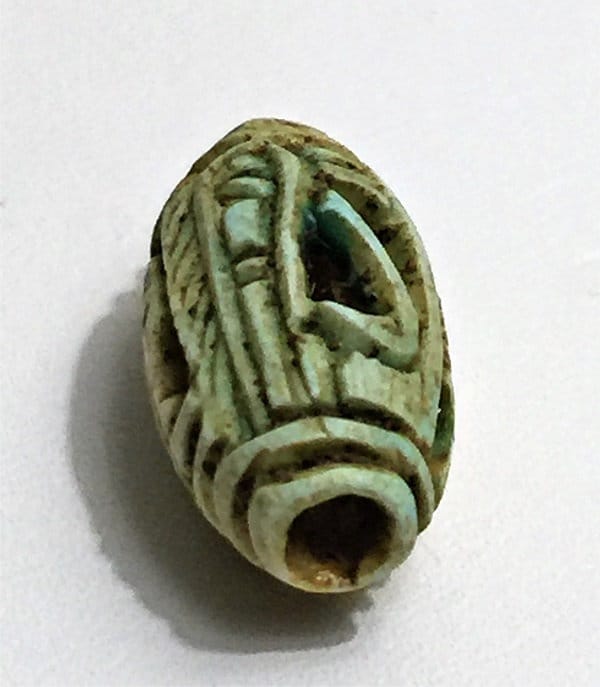 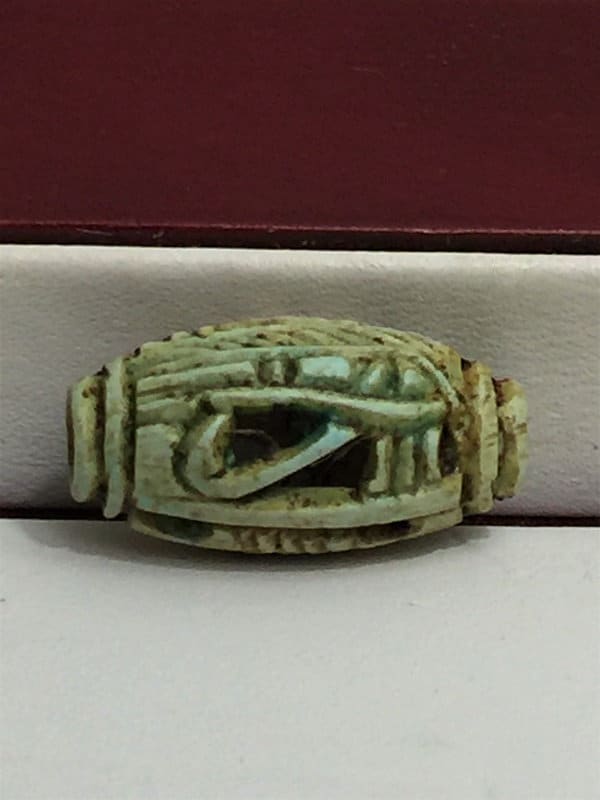 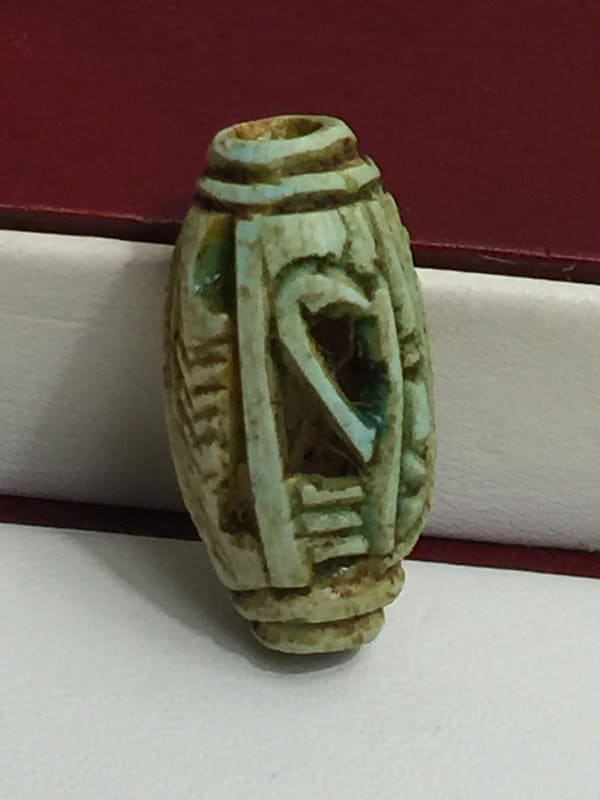 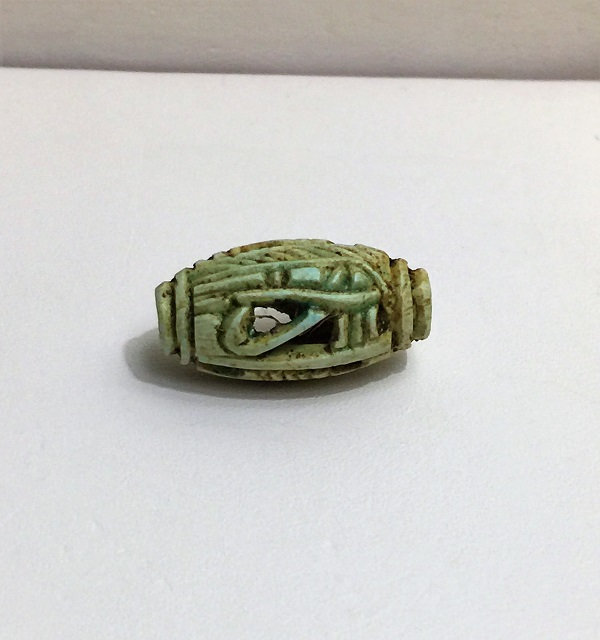 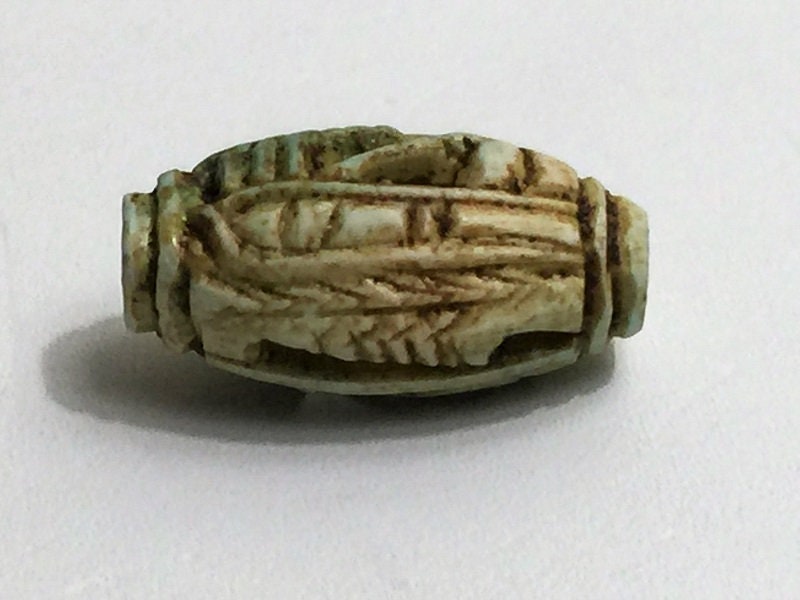 A FASCINATING EXAMPLE OF ANCIENT ART

ACTUAL PHOTOS OF THE AMULET ARE PROVIDED
Egyptian faience is a glassy substance manufactured most expertly by the ancient Egyptians, Faience was made by grinding quartz or sand crystals together with various amounts of sodium, potassium, calcium, magnesium, and copper oxide. The resulting substance was formed into whatever shape was desired, whether an amulet, beads, a broach or a figurine and then said pieces were heated. During heating, the pieces would harden and develop a bright color finely glazed. It is thought that the Egyptian artisans perfected faience in an attempt to imitate turquoise and other hard to find gem stones. The calcium silicates in the mixture were responsible for the bright colors and the glassy finish.

Tutankhamun where over one hundred objects were entirely or partially of faience.

-ACQUIRED FROM VALLEY OF THE QUEENS, LUXOR, UPPER EGYPT, IN 1968