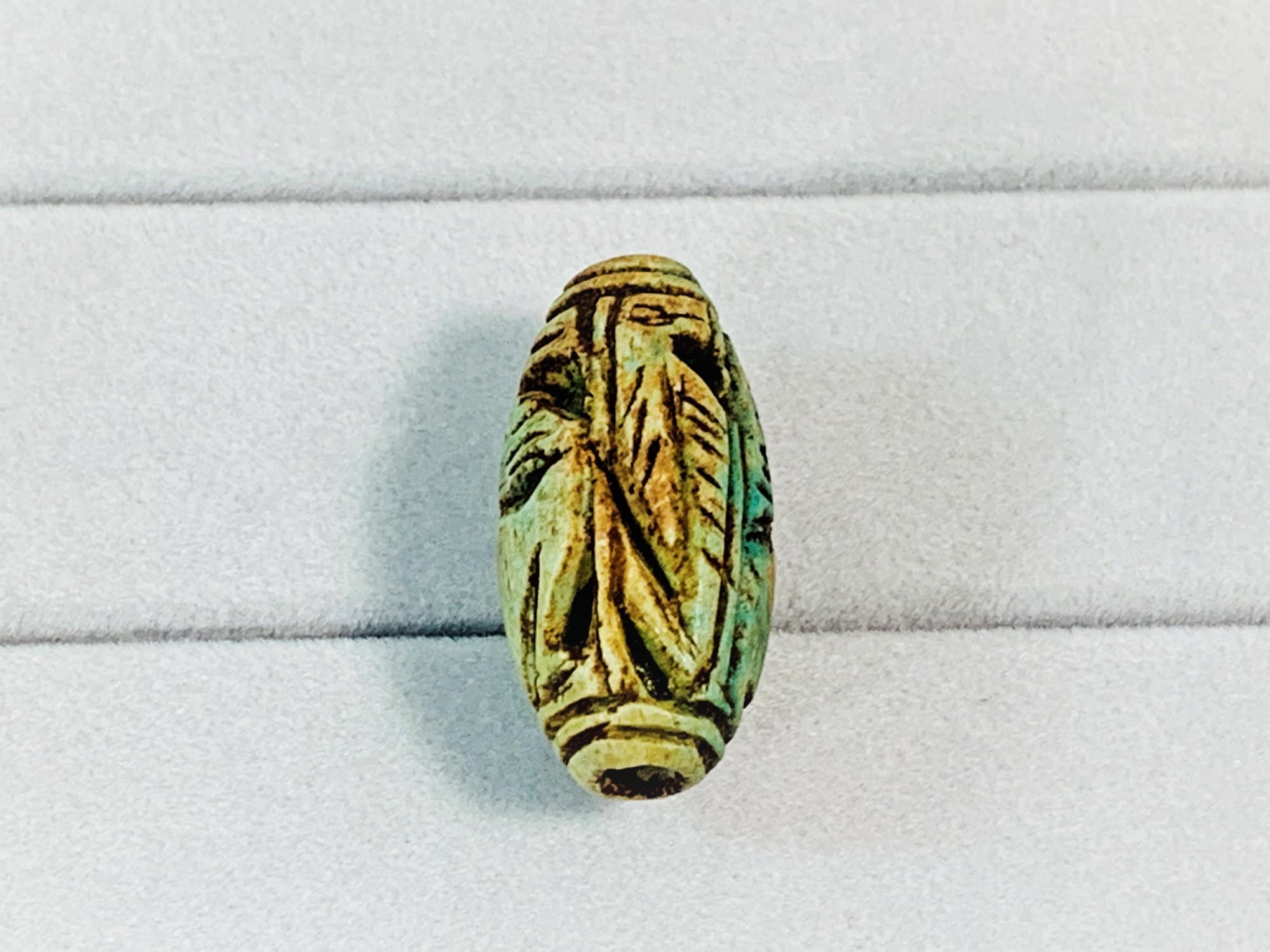 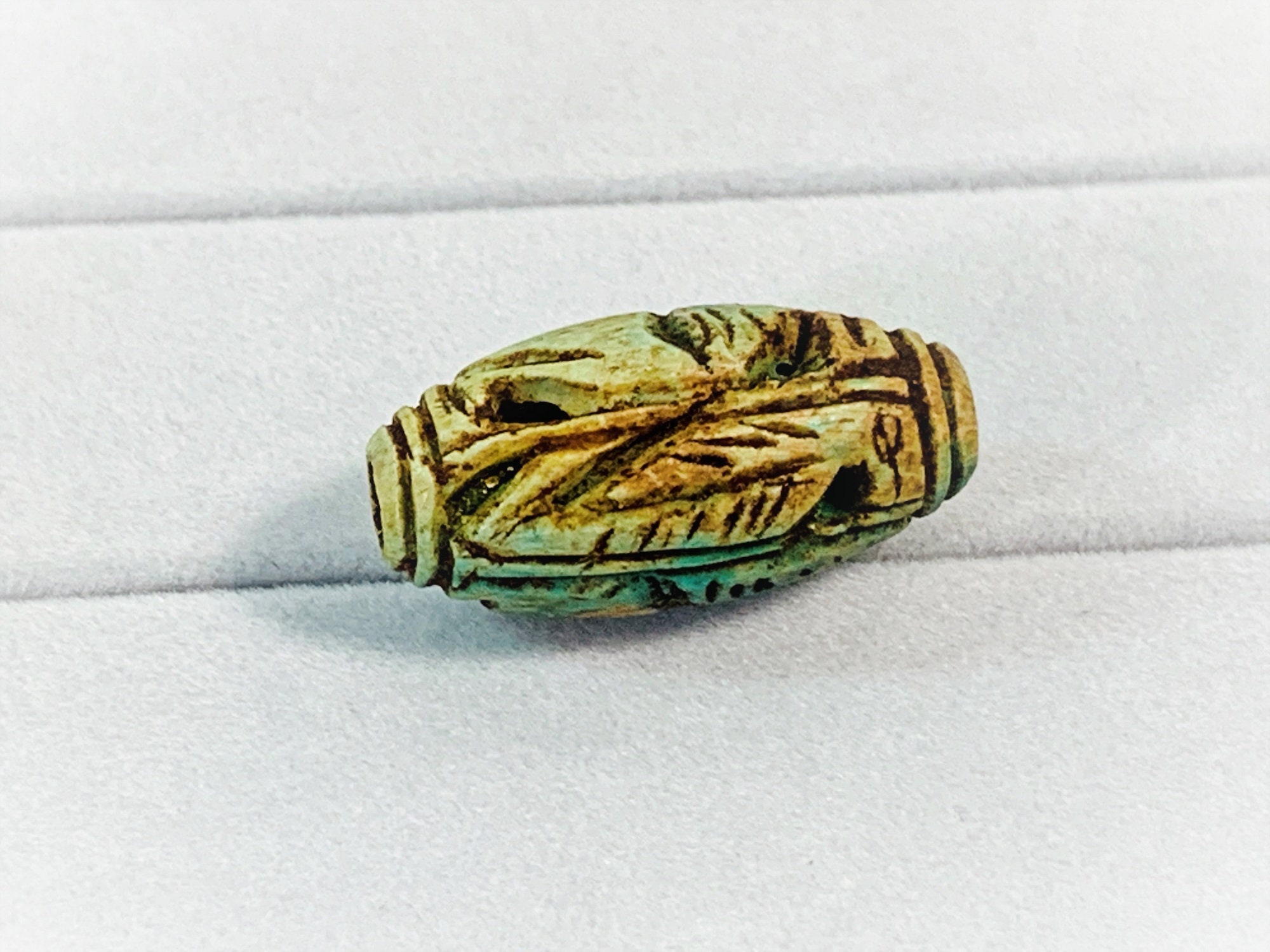 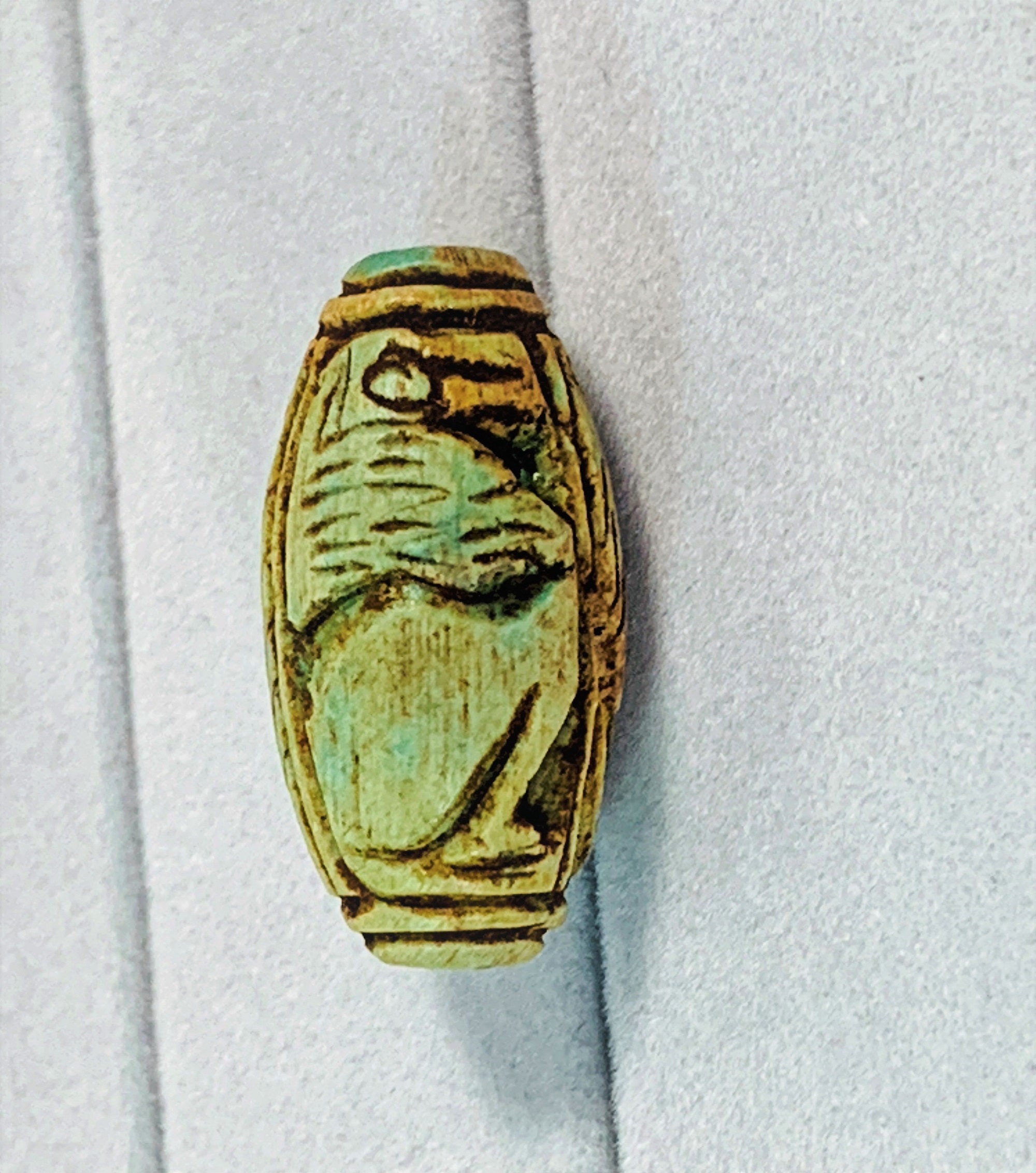 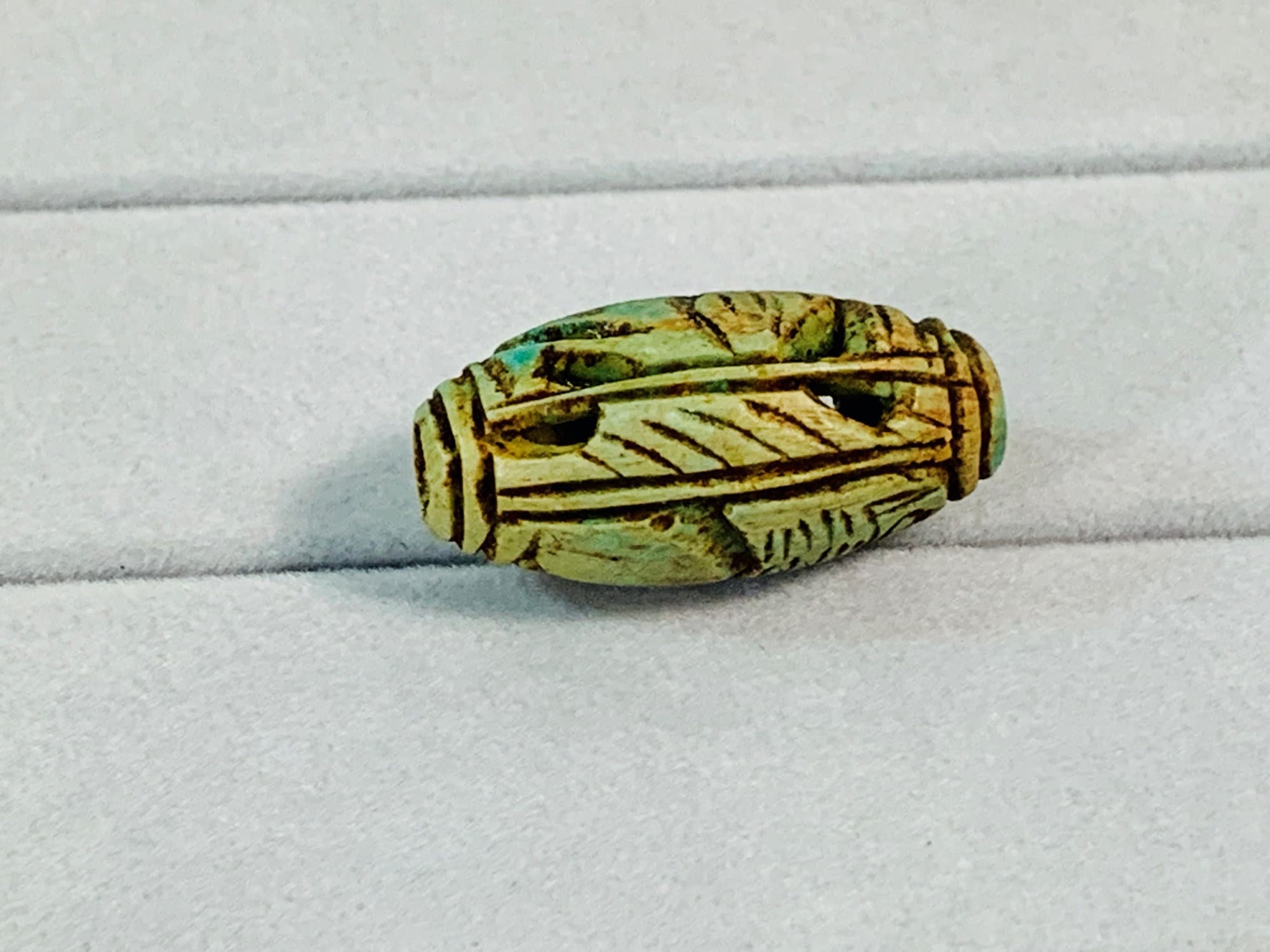 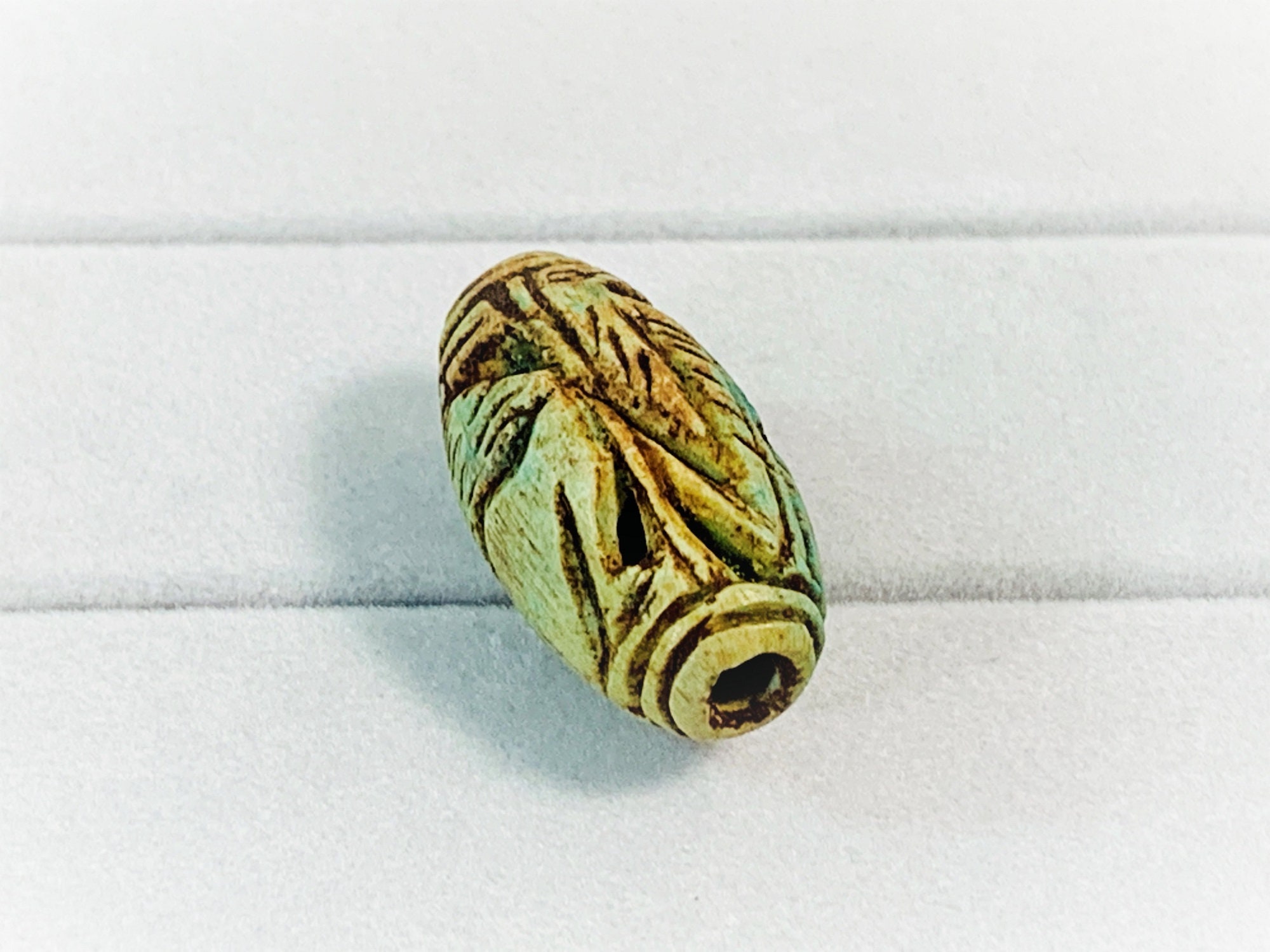 EGYPTIAN COBRA - SYMBOL OF GREAT POWER ON 1 OF THE SIDES, THE FEATHER OF JUSTICE (GODDESS MAAT'S SYMBOL), AND THE BABOON (EMBODIMENT OF GOD THOTH)

THE BABOON WAS THE MOST WELL-KNOWN MANIFESTATION OF THE MOON GOD THOTH.

THOTH TOOK ON THE POSITION AS 'GOD OF THE SCRIBES', ASSOCIATED WITH THE SUBJECTS OF WRITING, SCIENCE, JUDGEMENT, KNOWLEDGE AND THE AFTERLIFE.

faience was thought to reflect the light of immortality. So closely was faience associated with the Egyptian after-life that the tiles for the chamber walls of tombs were made of faience as was seen at King Djoser’s tomb at Saqqara and, most famously, in the tomb of
Tutankhamen where over one hundred objects were entirely or partially of faience.