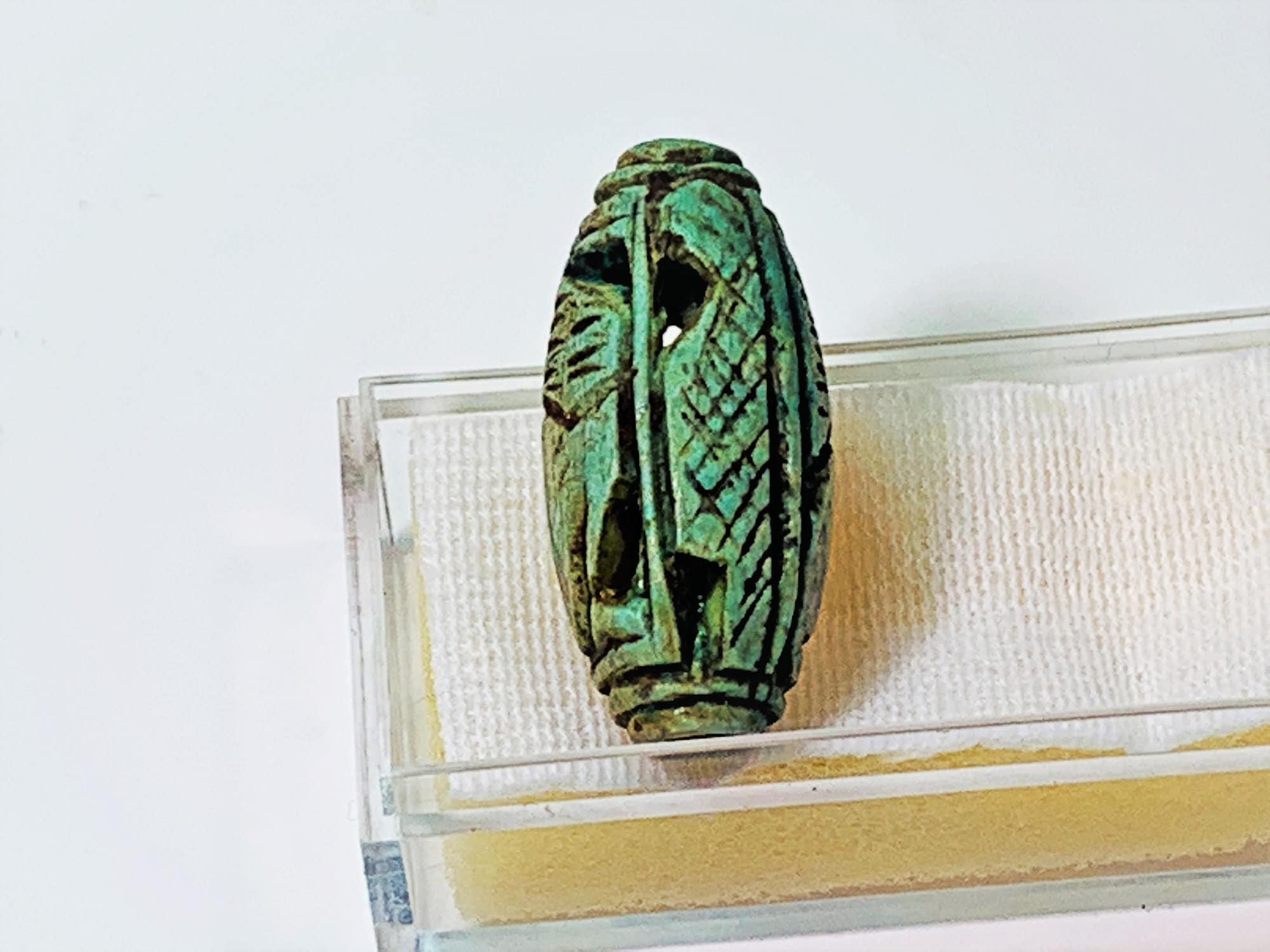 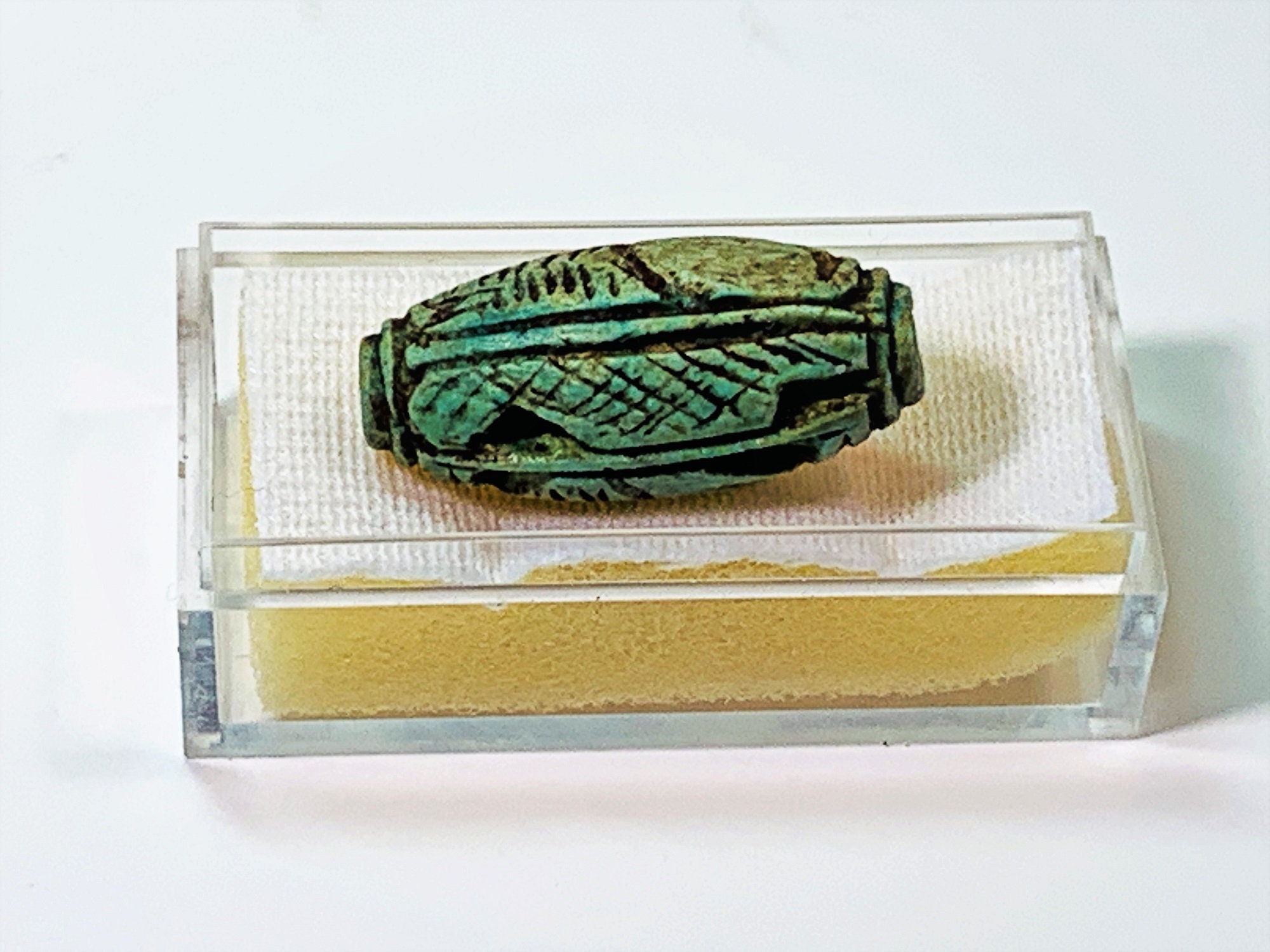 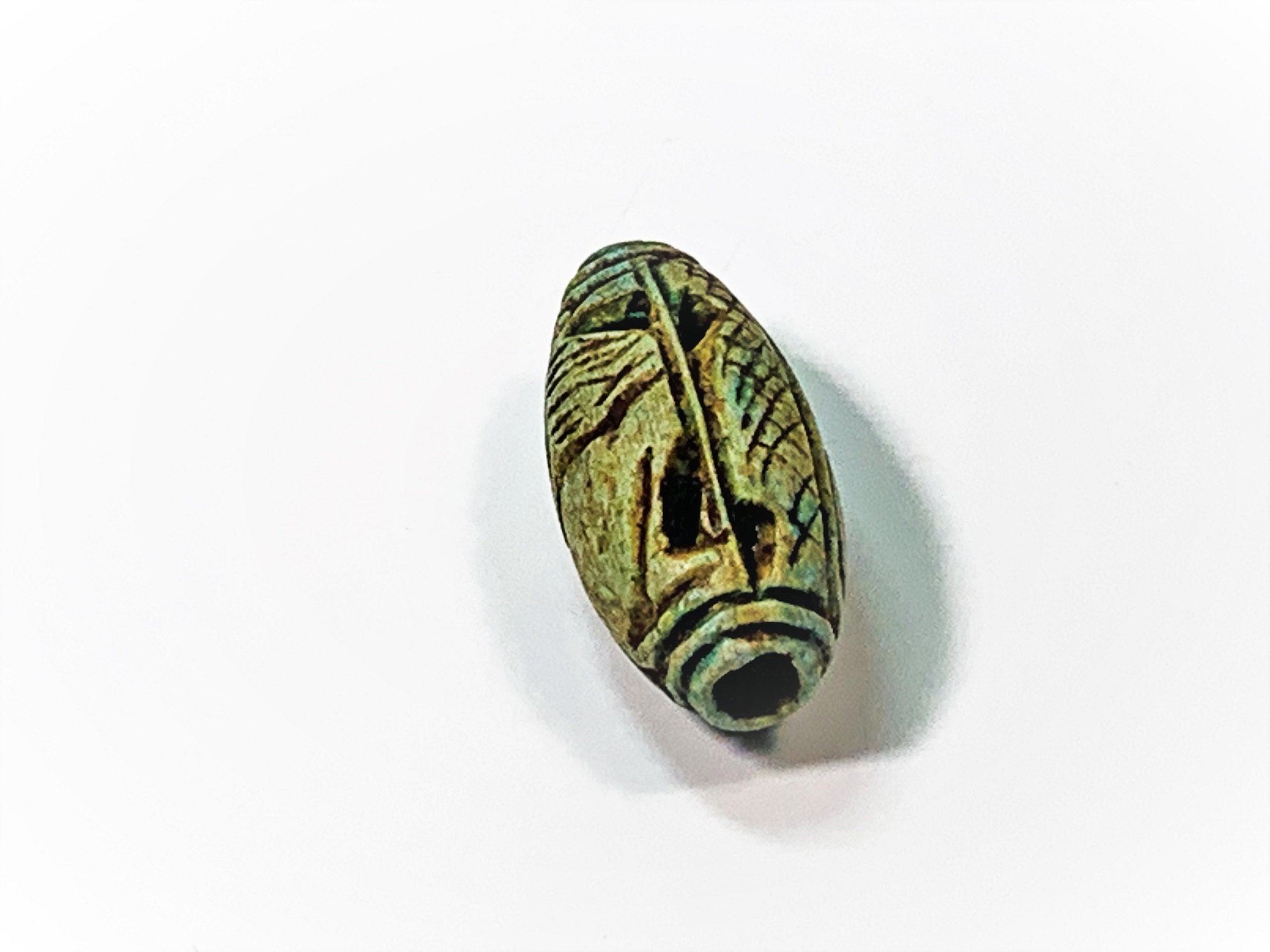 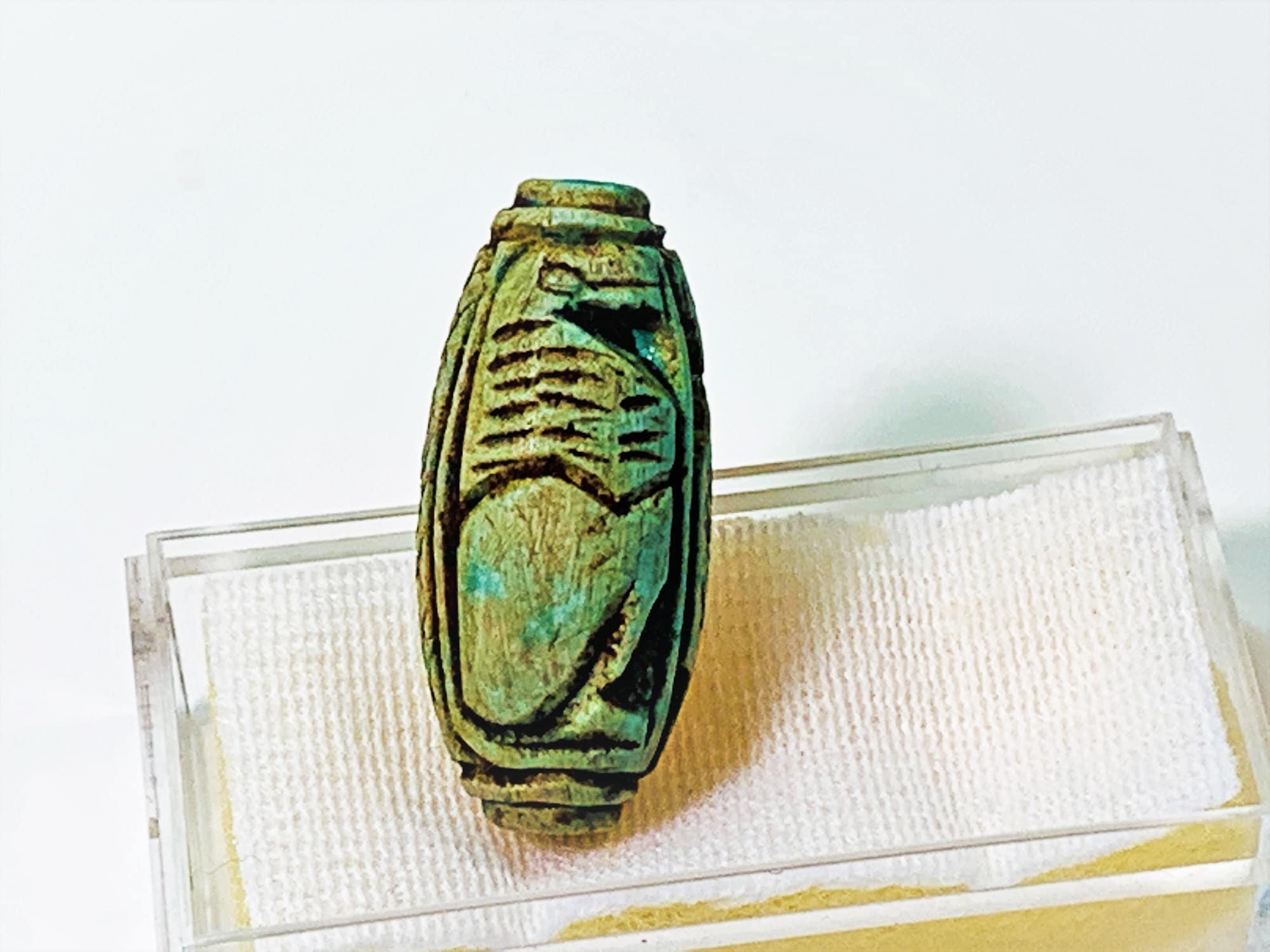 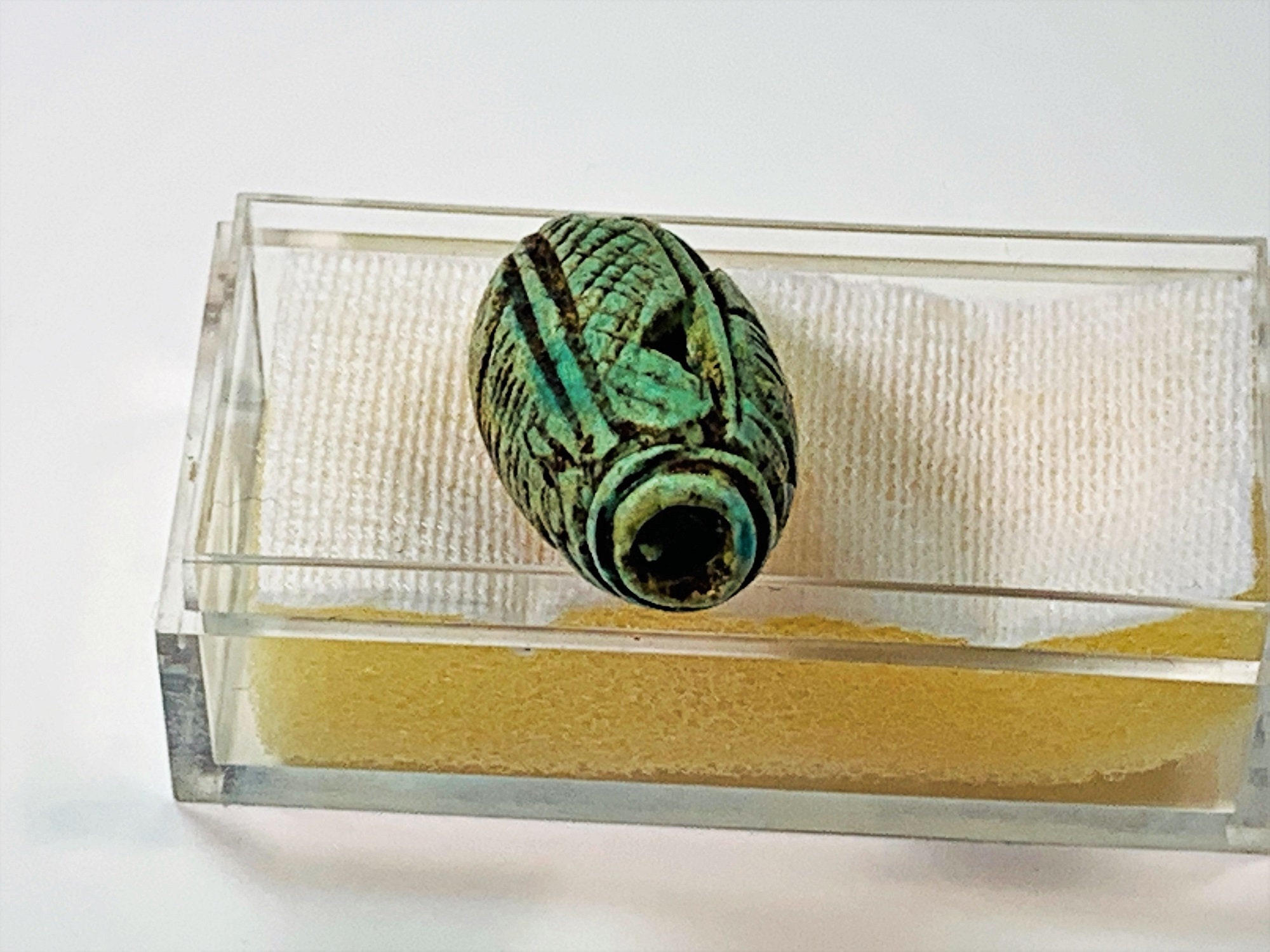 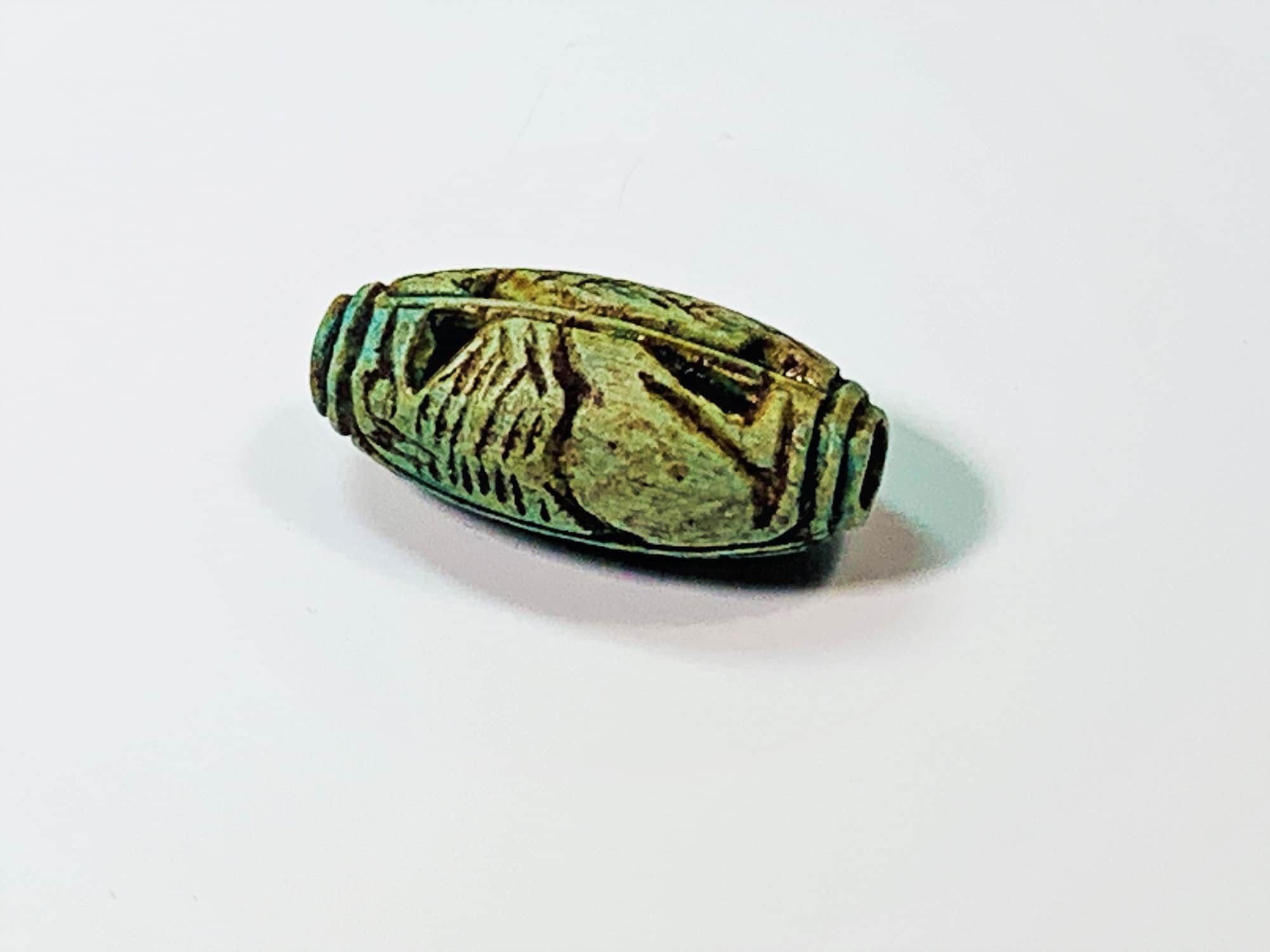 ROUNDED EDGES, CARVED ON ALL SIDES.

- Faience was Thought to Reflect the Light of Immortality. So Closely Faience was Associated with the Egyptian After-Life that the Tiles for the Chamber Walls of Tombs were made of Faience as was seen at King Djoser’s t\Tomb at Saqqara and, most Famously, in the Tomb of Tutankhamen where over one hundred objects were Entirely or Partially of Faience.

The Earliest Evidence of a Faience Workshop has been Unearthed at Abydos and Dated to 5500 BCE. The Workshop Consists of a Number of Circular Pits, Clearly the Remains of kilns, with a Lining of Bricks and all of them Fire-Marked. Layers of Ancient Ash in the Pits are Evidence of Continuous use Over Many Years. Small Clay Balls were also Discovered and it is Thought that they may have been used as the Surface on which Faience Beads were Fired in the kilns. The Names of the Faience Makers are Lost, to History save for one Man, Rekhamun, who was Known as “Faience Maker of Amun”, and another known as Debeni, the Overseer of Faience Workers. Of the other Craftsmen in Faience, and there Must Have Been Many, Nothing is Known..

-ACQUIRED FROM VALLEY OF THE QUEENS, LUXOR, UPPER EGYPT, IN 1968

EXACT AGE IS NOT DETERMINED