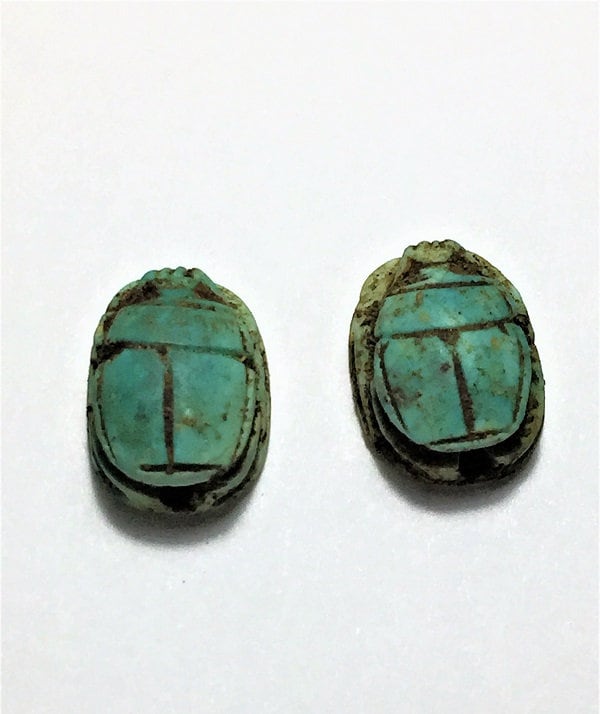 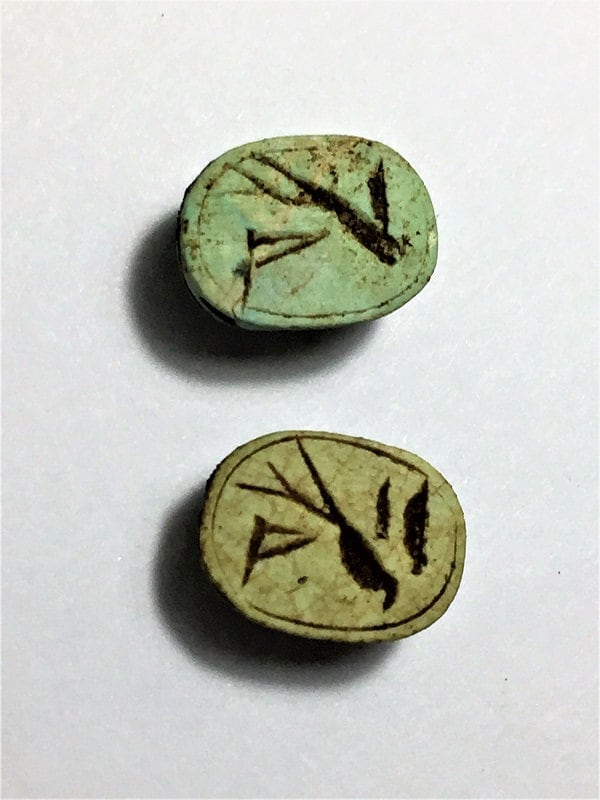 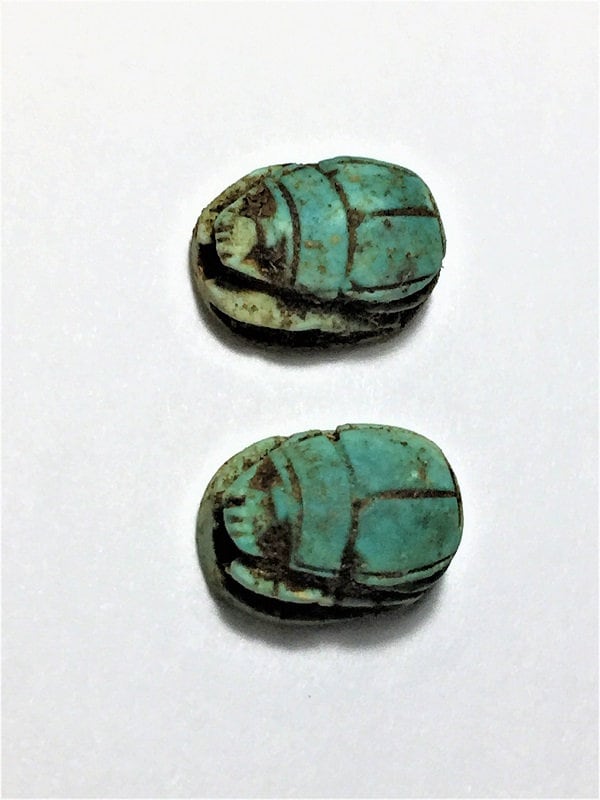 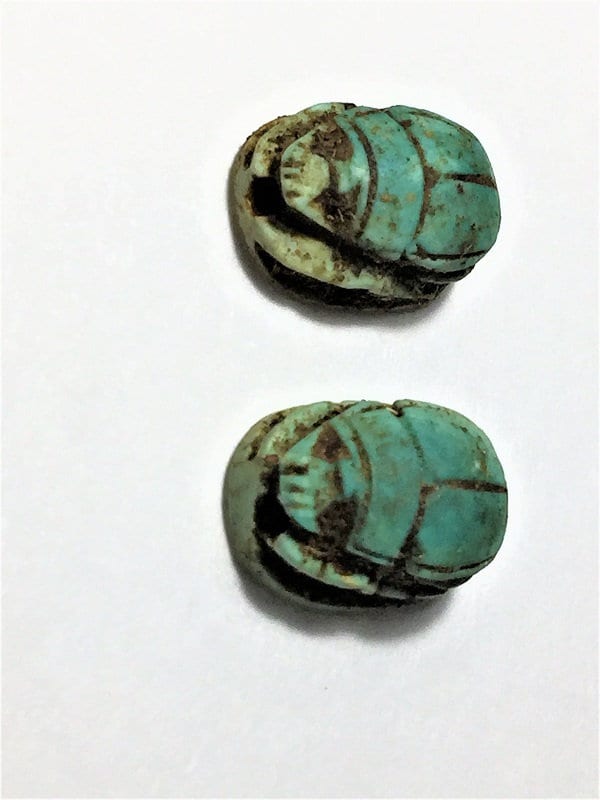 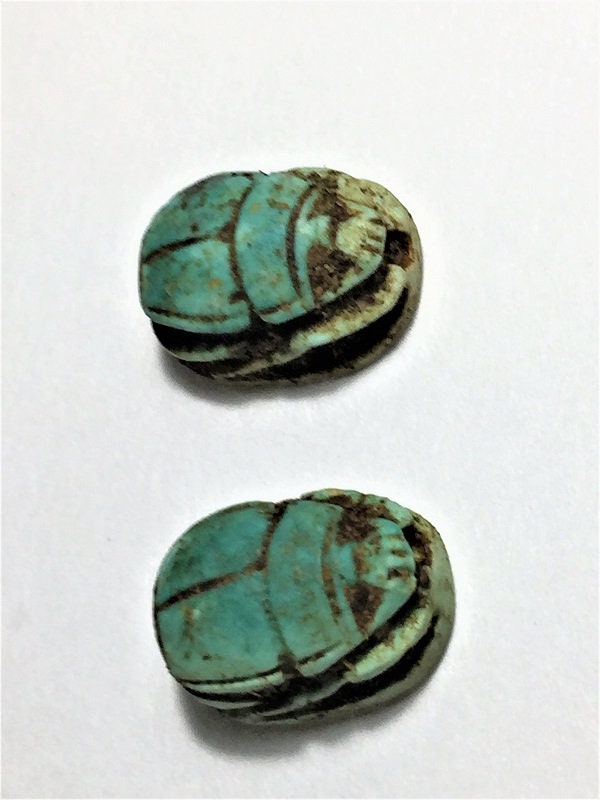 *ACTUAL PHOTOS OF THE SCARAB ARE PROVIDED

By far the most important amulet in ancient Egypt was the scarab, Sacred Scarabs or Ritual Scarabs were used by the Egyptians during religious ceremonies and in other occasions such as birth and marriage.

Scarabs were popular amulets in ancient Egypt. According to ancient Egyptian myths, the sun (Ra) or ( Aton) rolls across the sky each day and transforms bodies and souls. the scarab was seen as an earthly symbol of this heavenly cycle. This came to be iconographic, and ideological symbols were incorporated into ancient Egyptian society.

- INSCRIBED ON THE BACK, RITUAL SCRIPT

- HOLED THROUGH FROM TOP TO BOTTOM