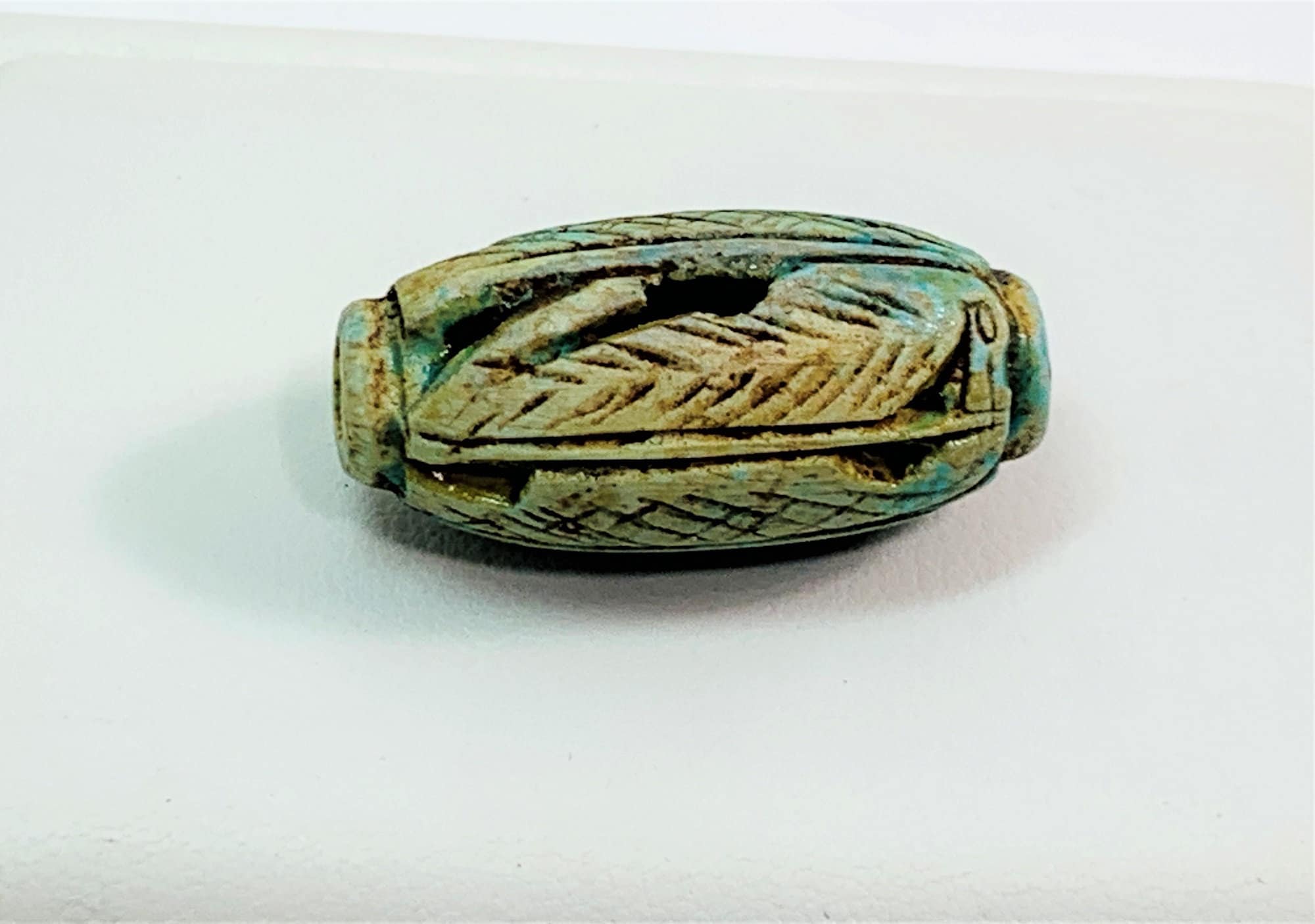 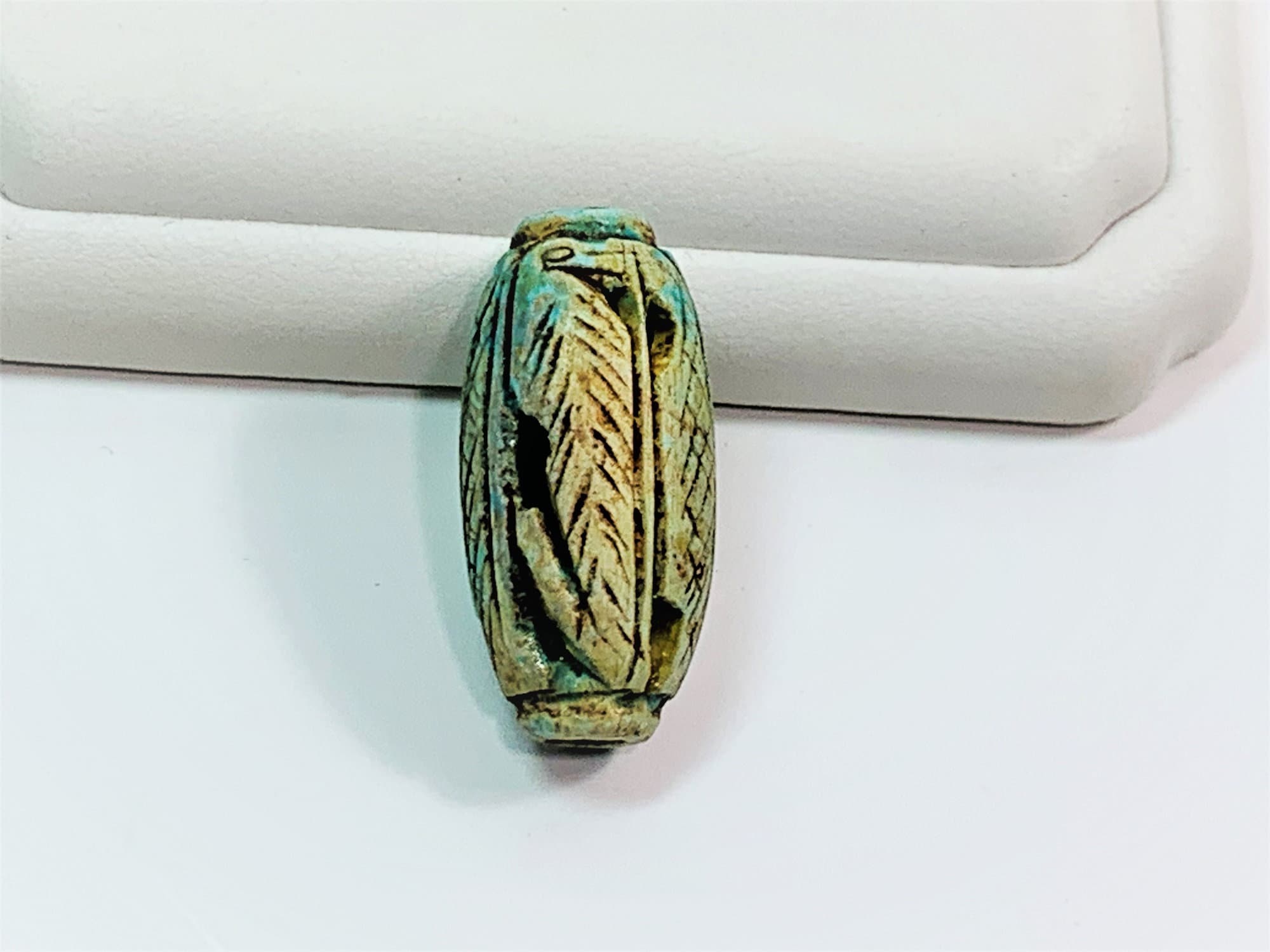 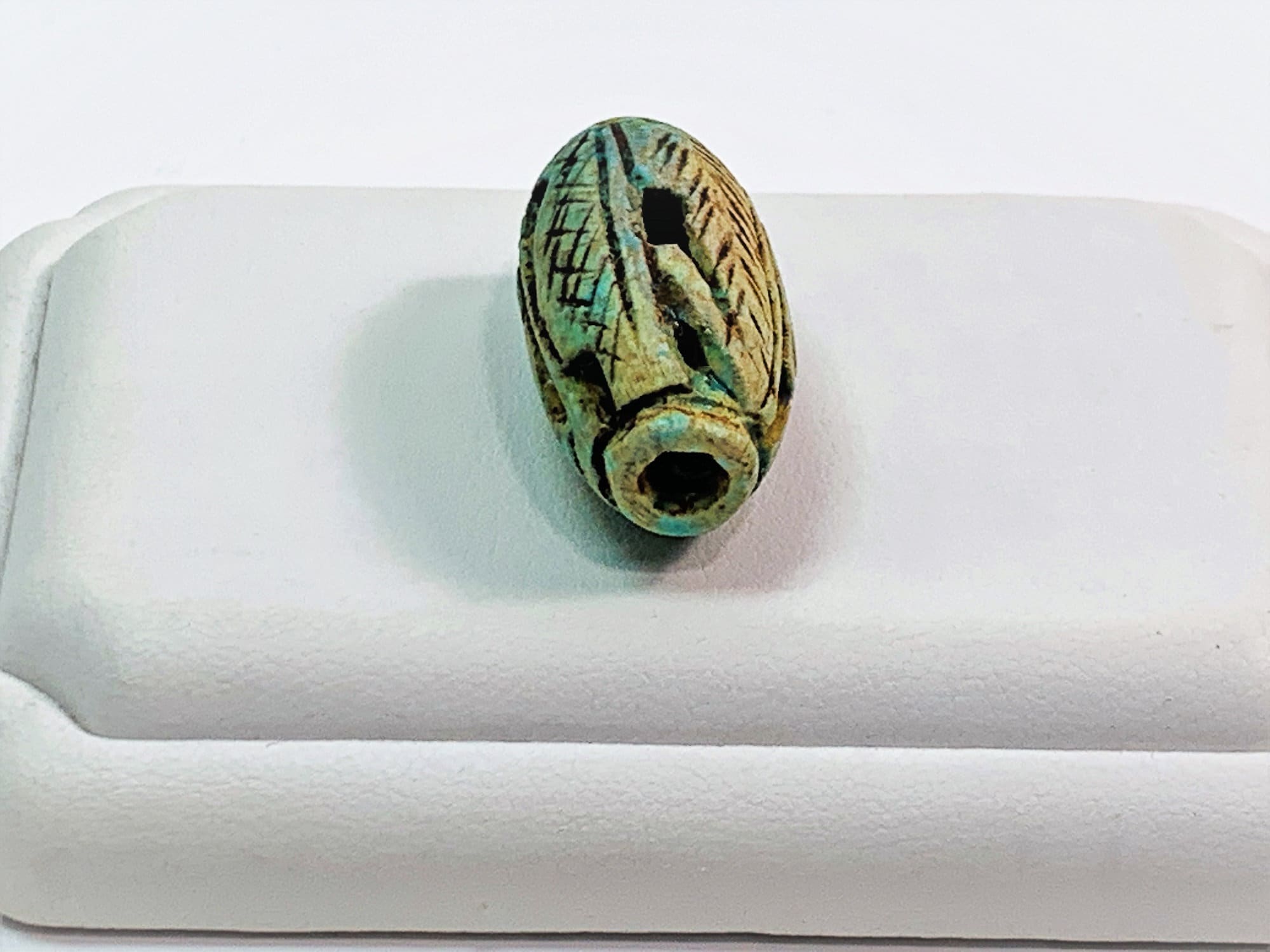 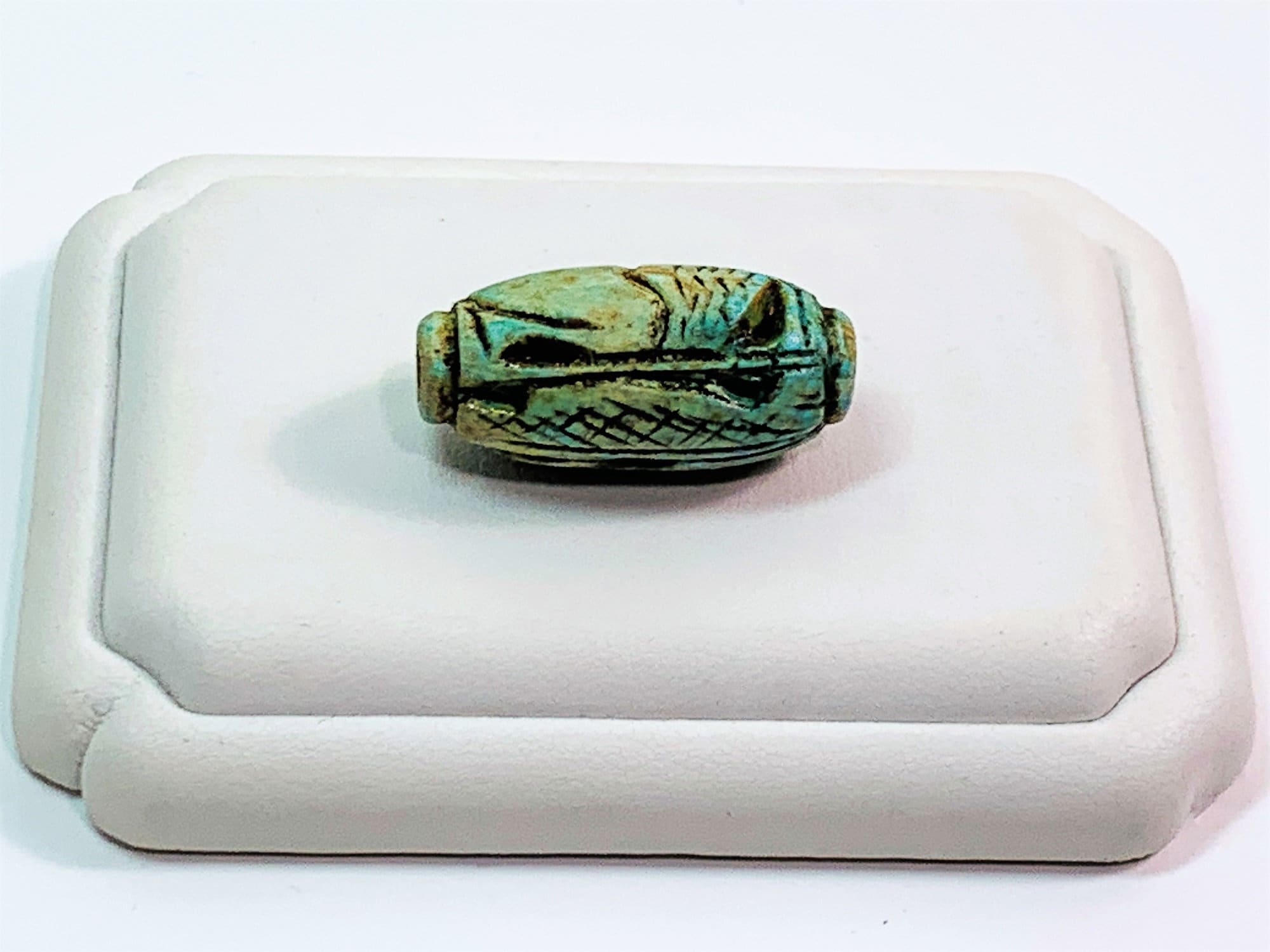 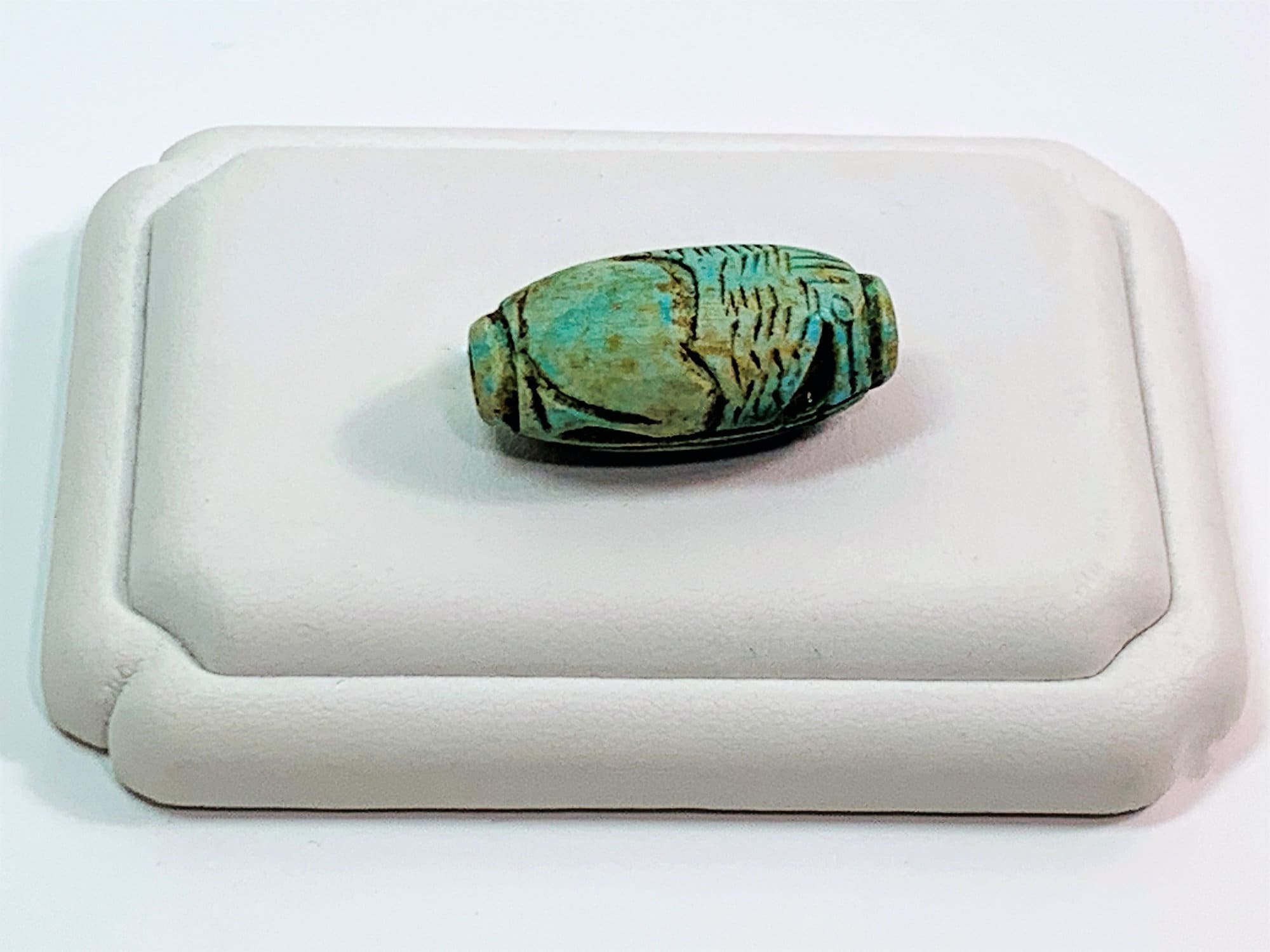 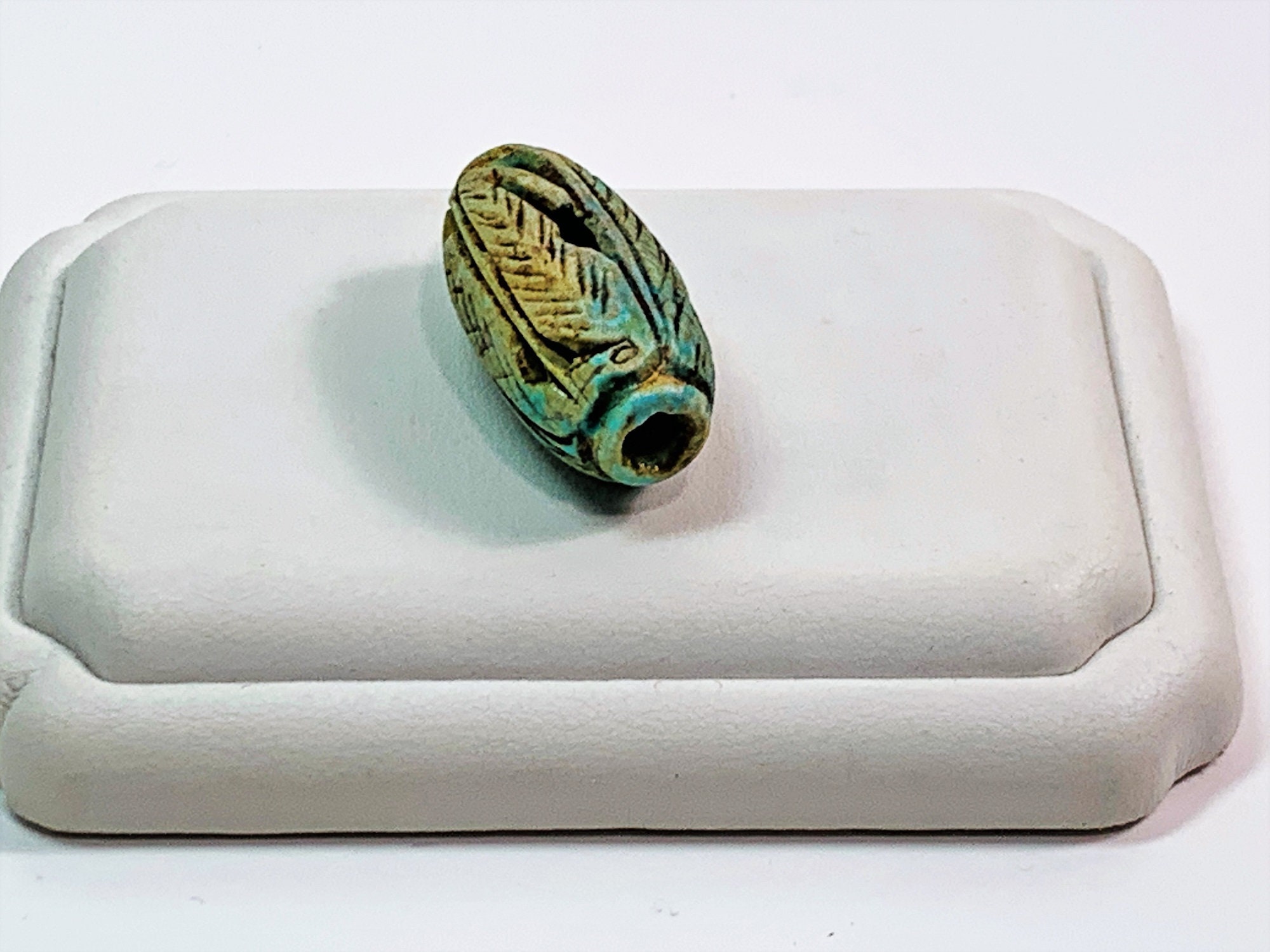 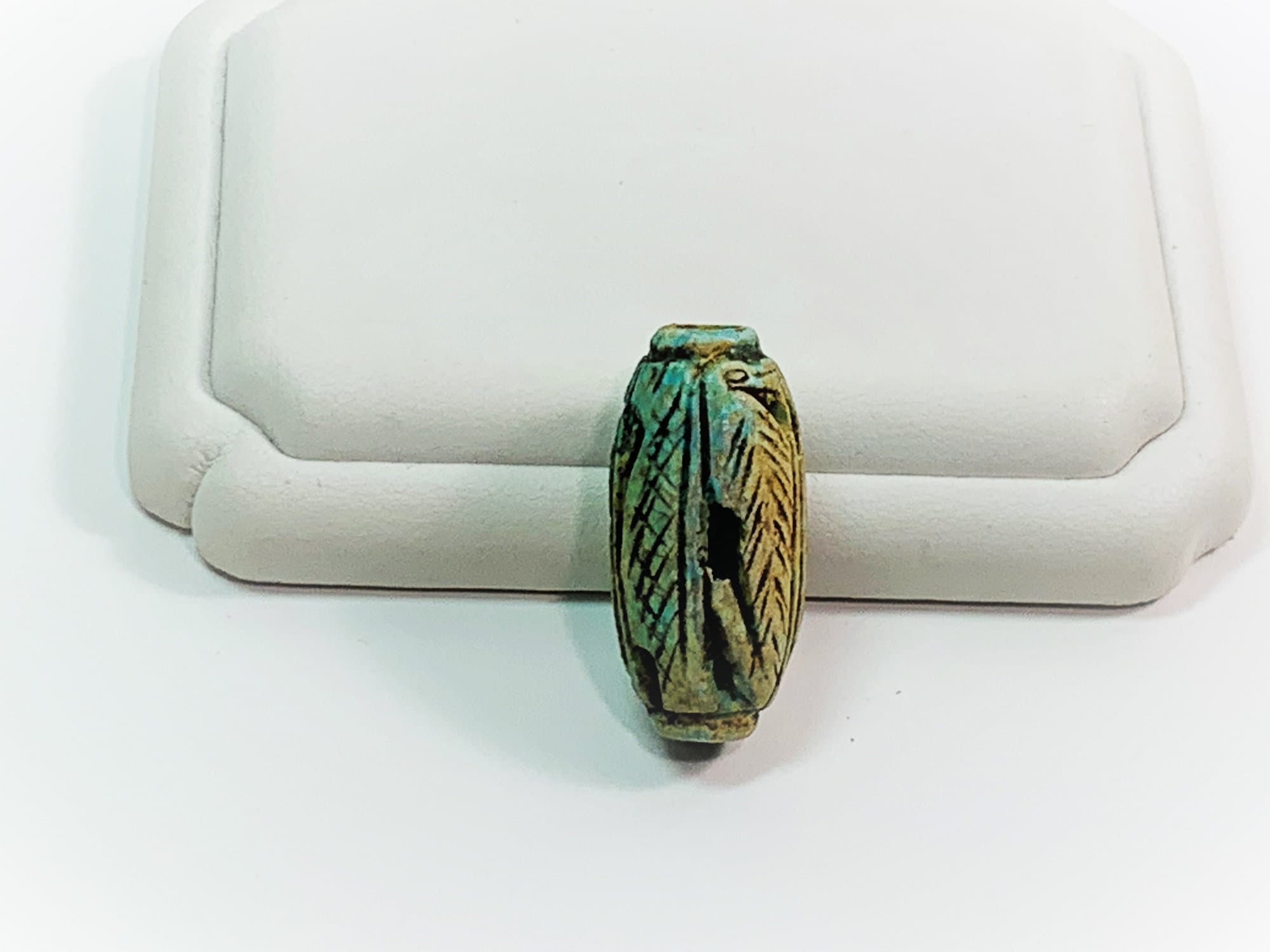 *ACTUAL PHOTOS OF THE AMULET - AS IT WAS ACQUIRED

The Egyptian word for Faience was Tjehenet which means 'Gleaming’ or 'Shining’ and the
Faience was thought to reflect the light of immortality. So closely was Faience associated
with the Egyptian afterlife that the Tiles for the Chamber Walls of Tombs were made of
Faience as was seen at King Djoser’s tomb at Saqqara and, most famously, in the tomb of
Tutankhamen where over one hundred objects were entirely or partially of faience.

-ACQUIRED FROM VALLEY OF THE QUEENS, WEST THEBES, LUXOR, UPPER EGYPT, IN 1970

Exact Age is Not Determined