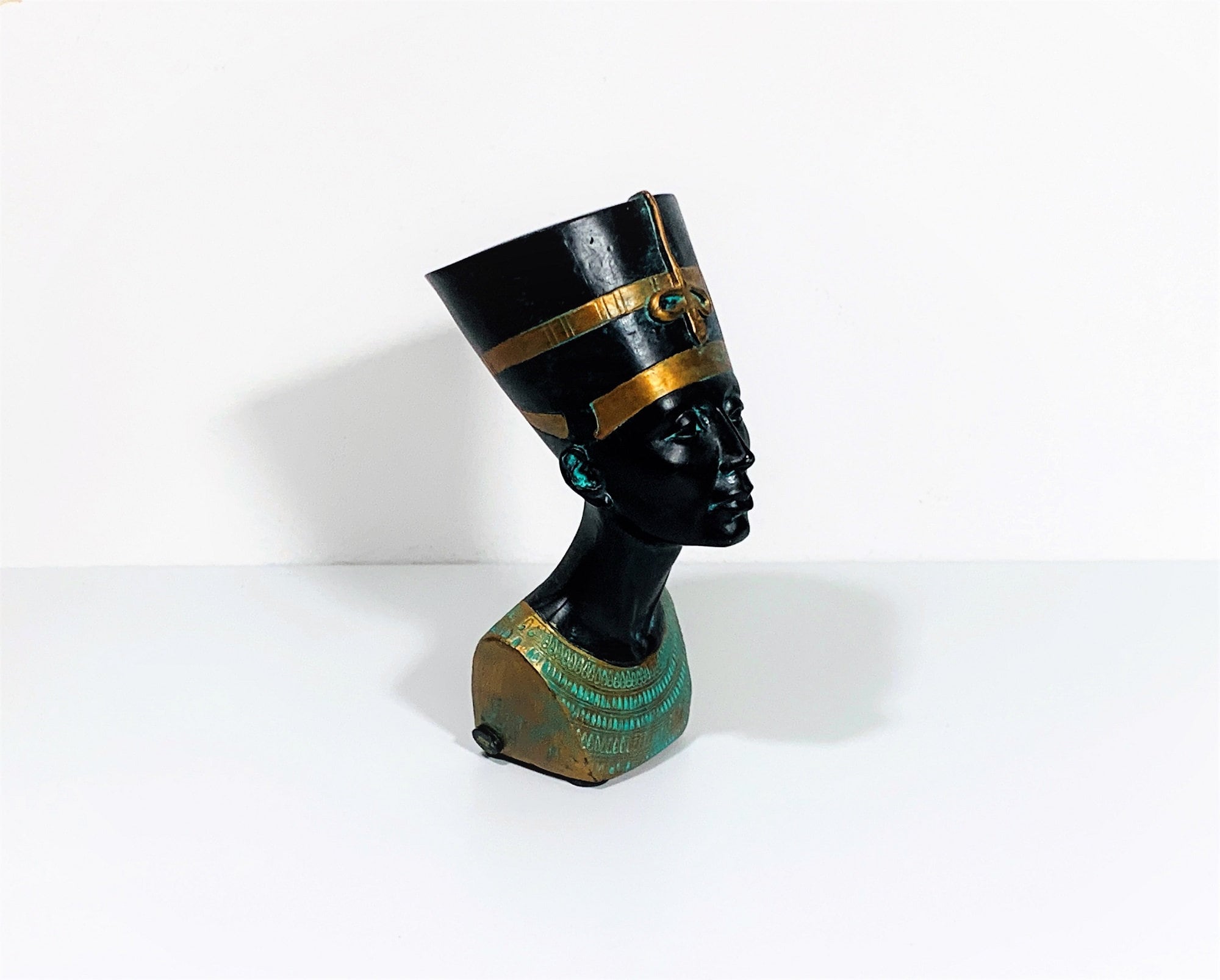 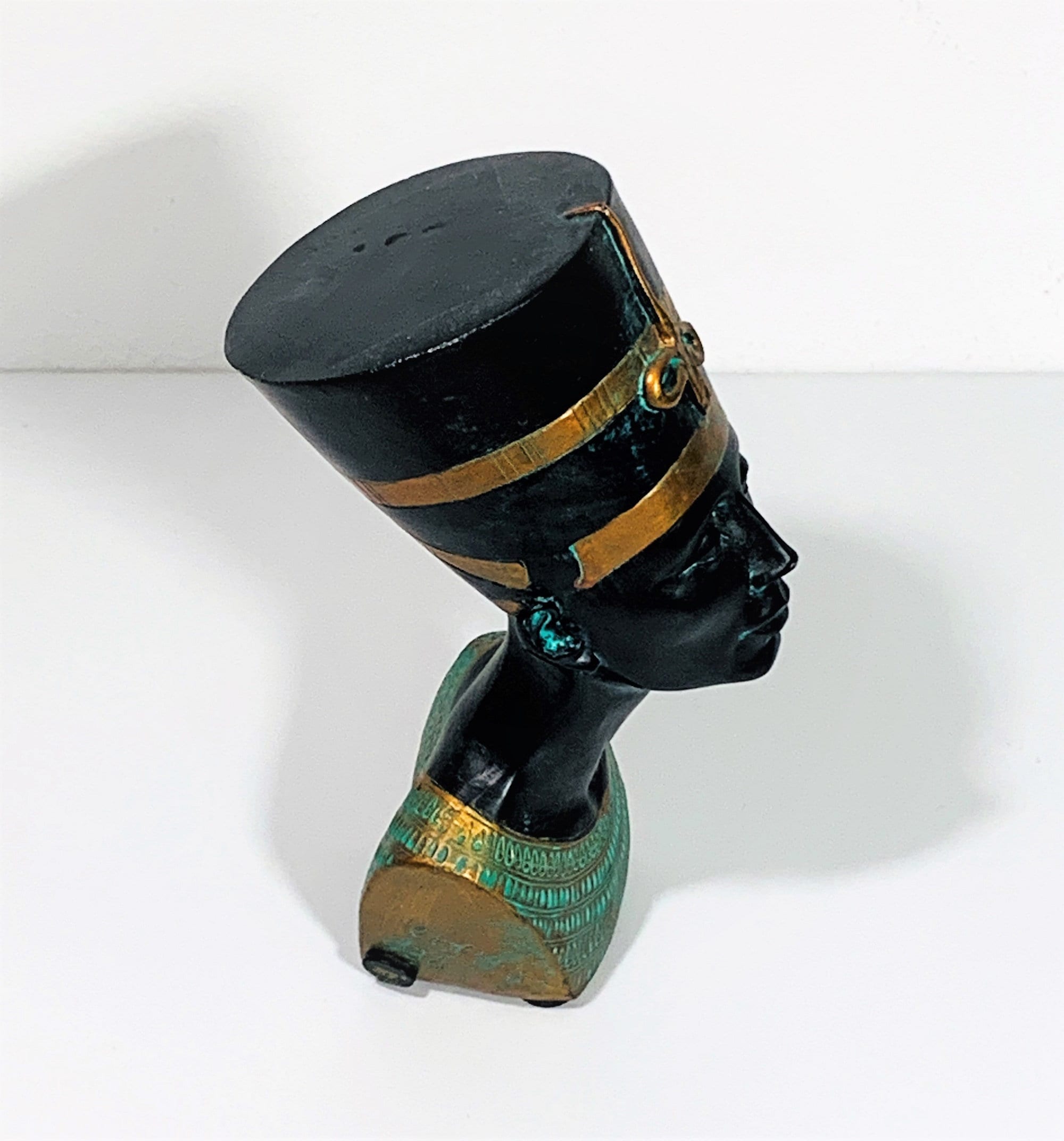 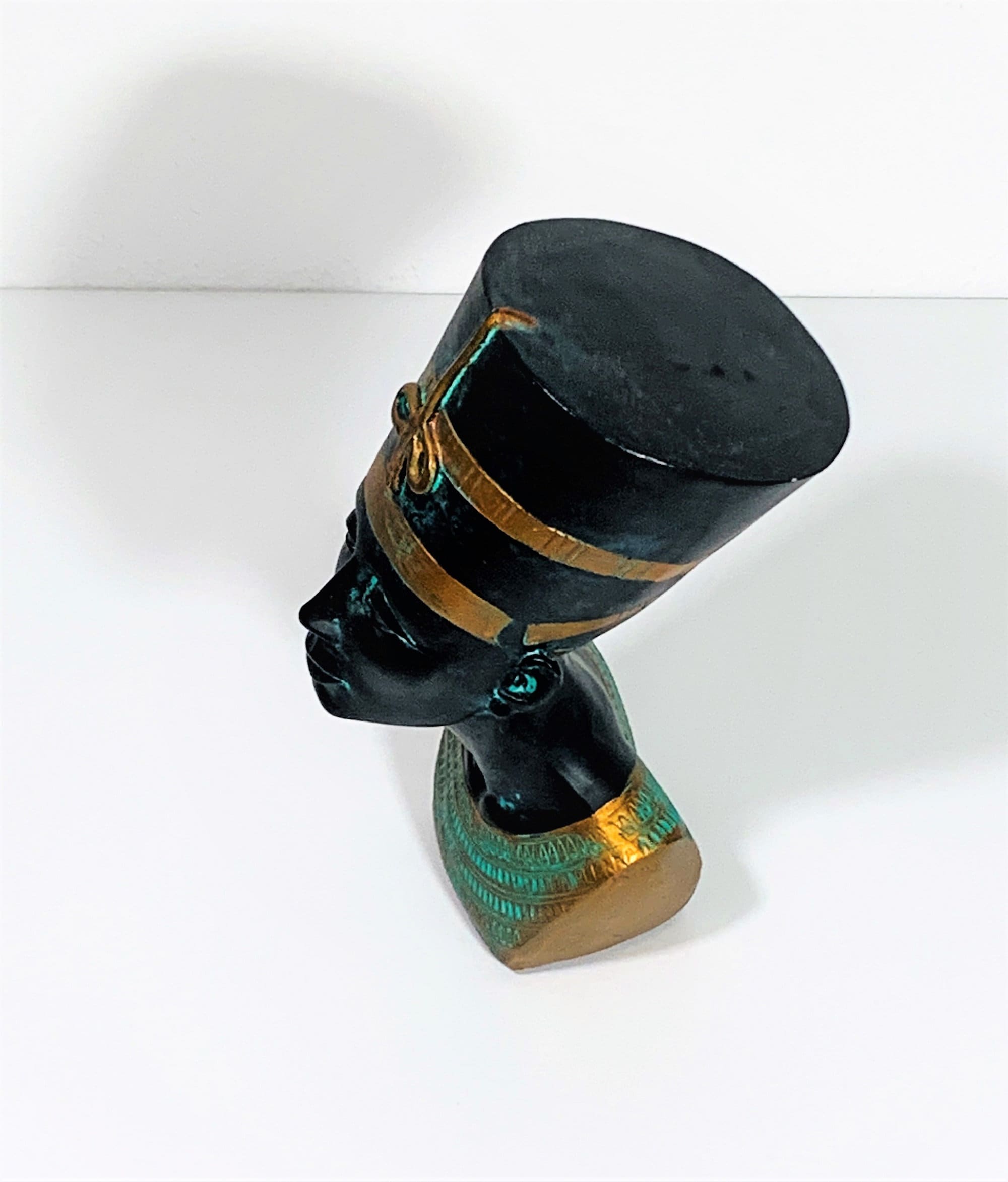 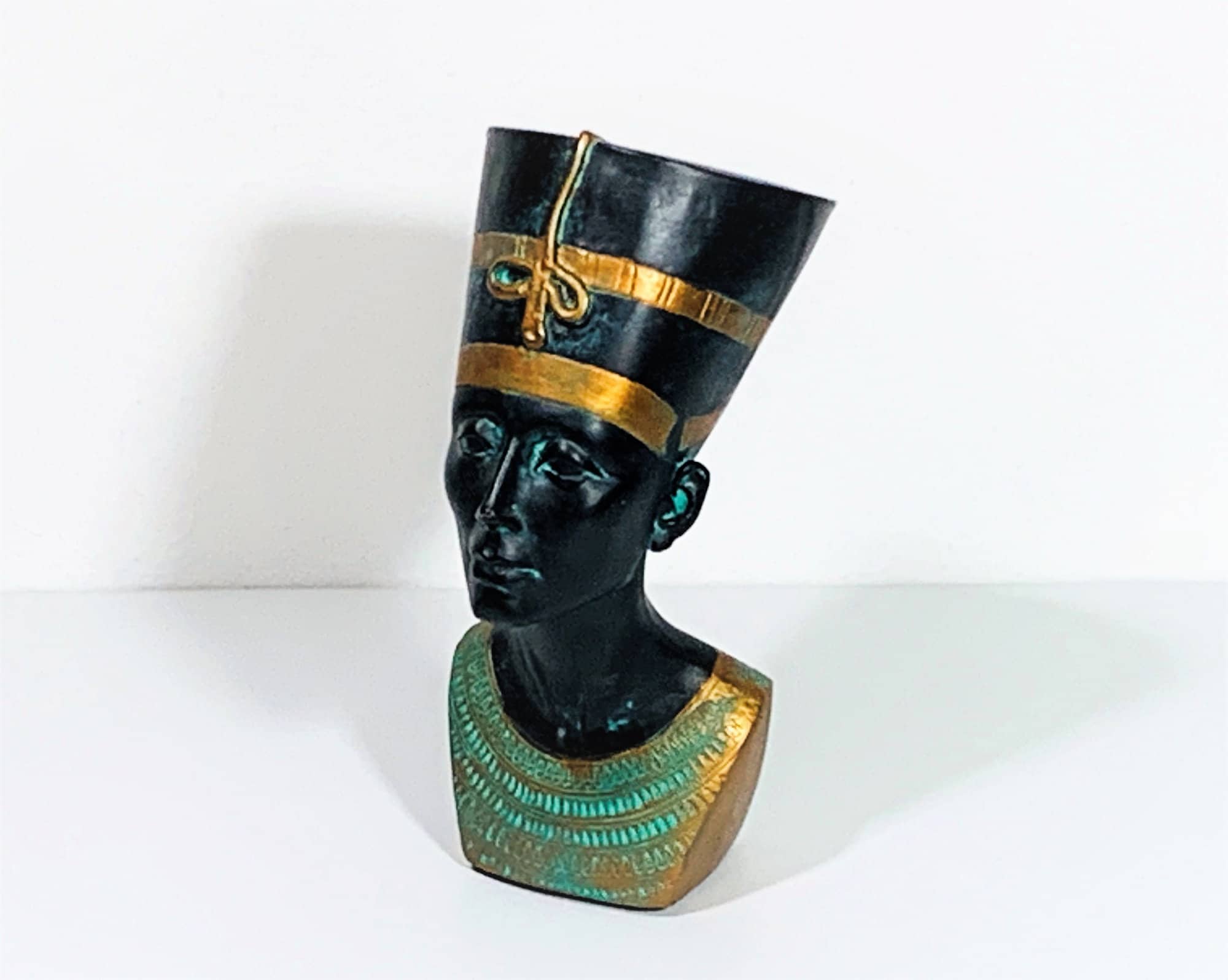 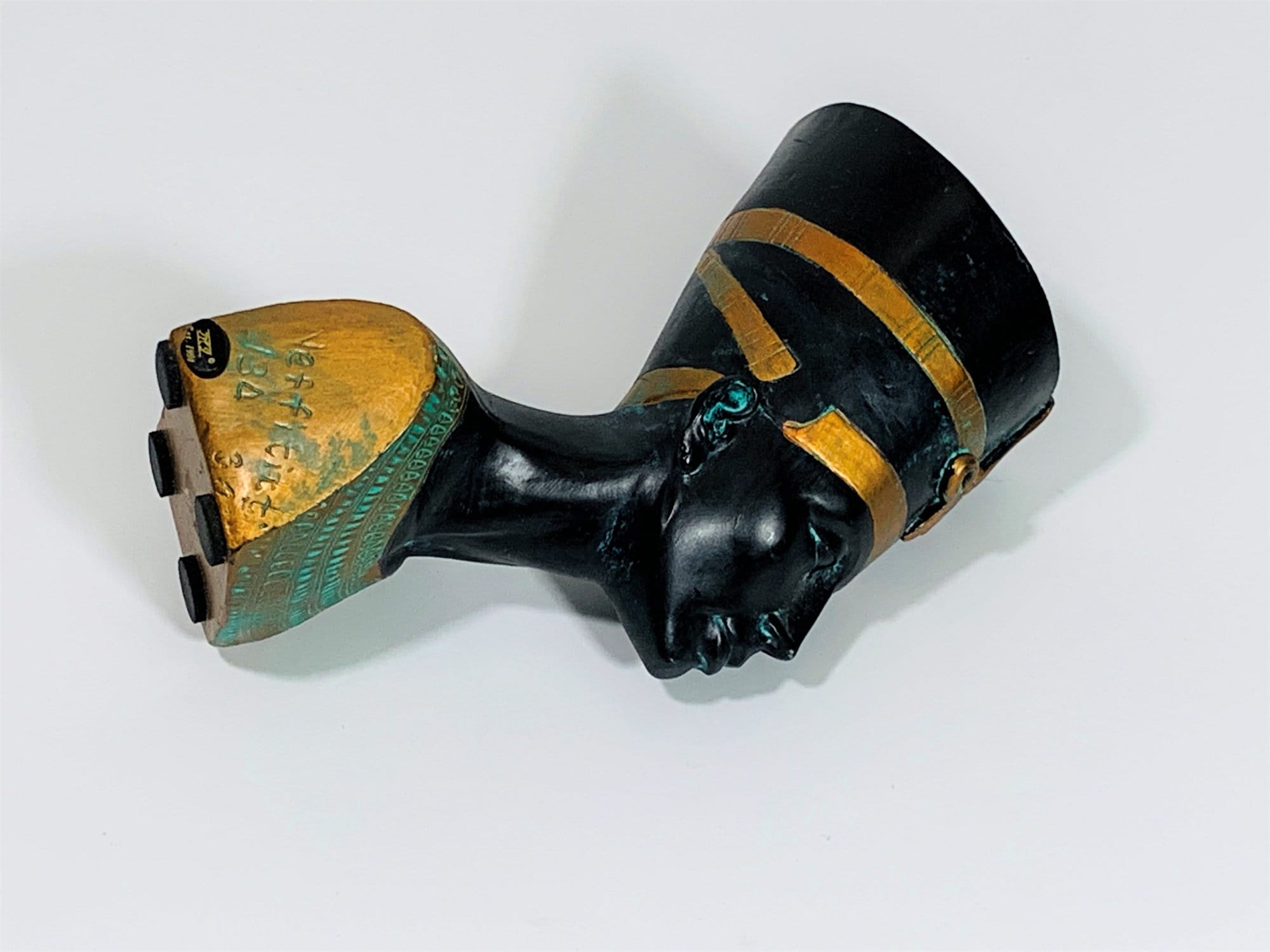 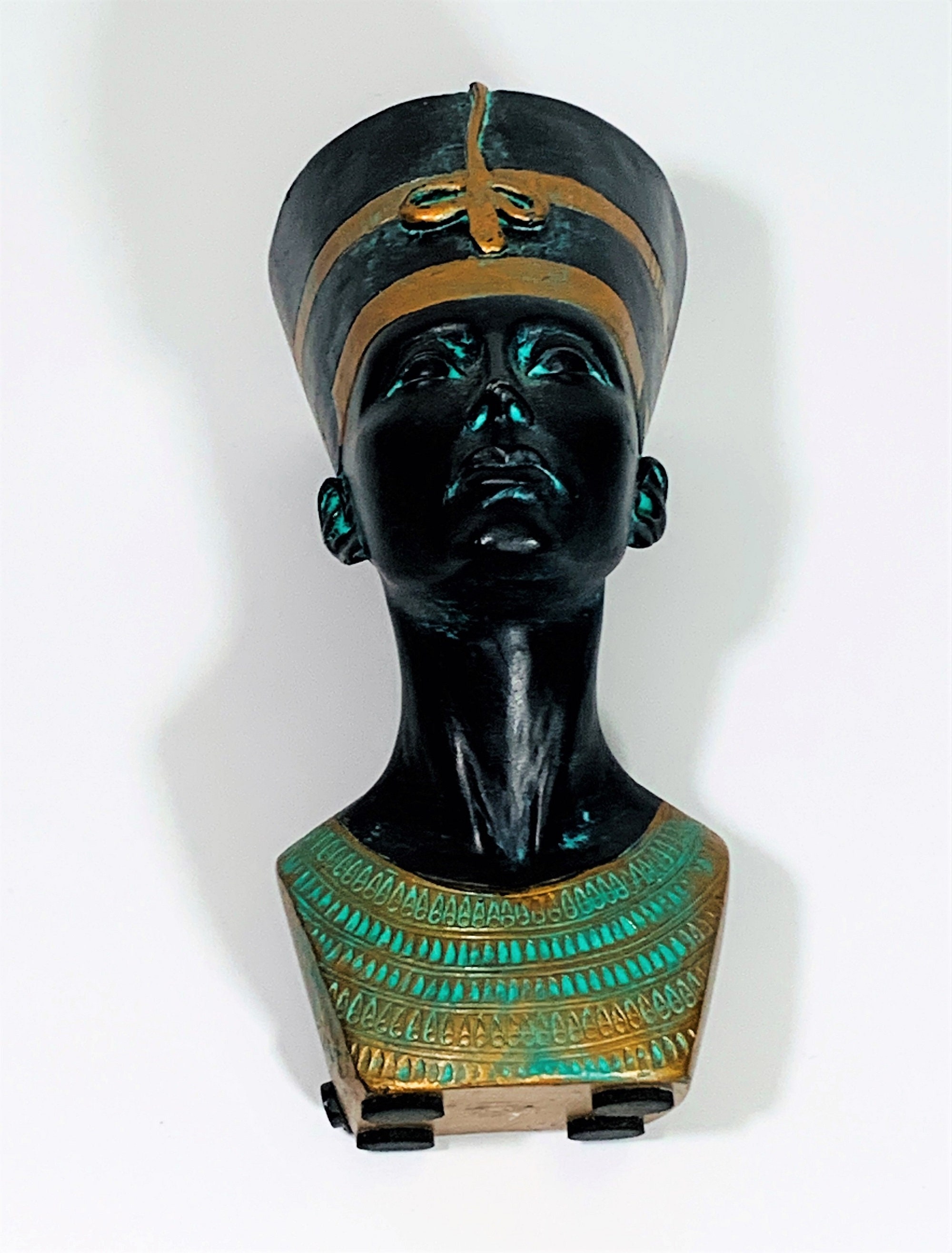 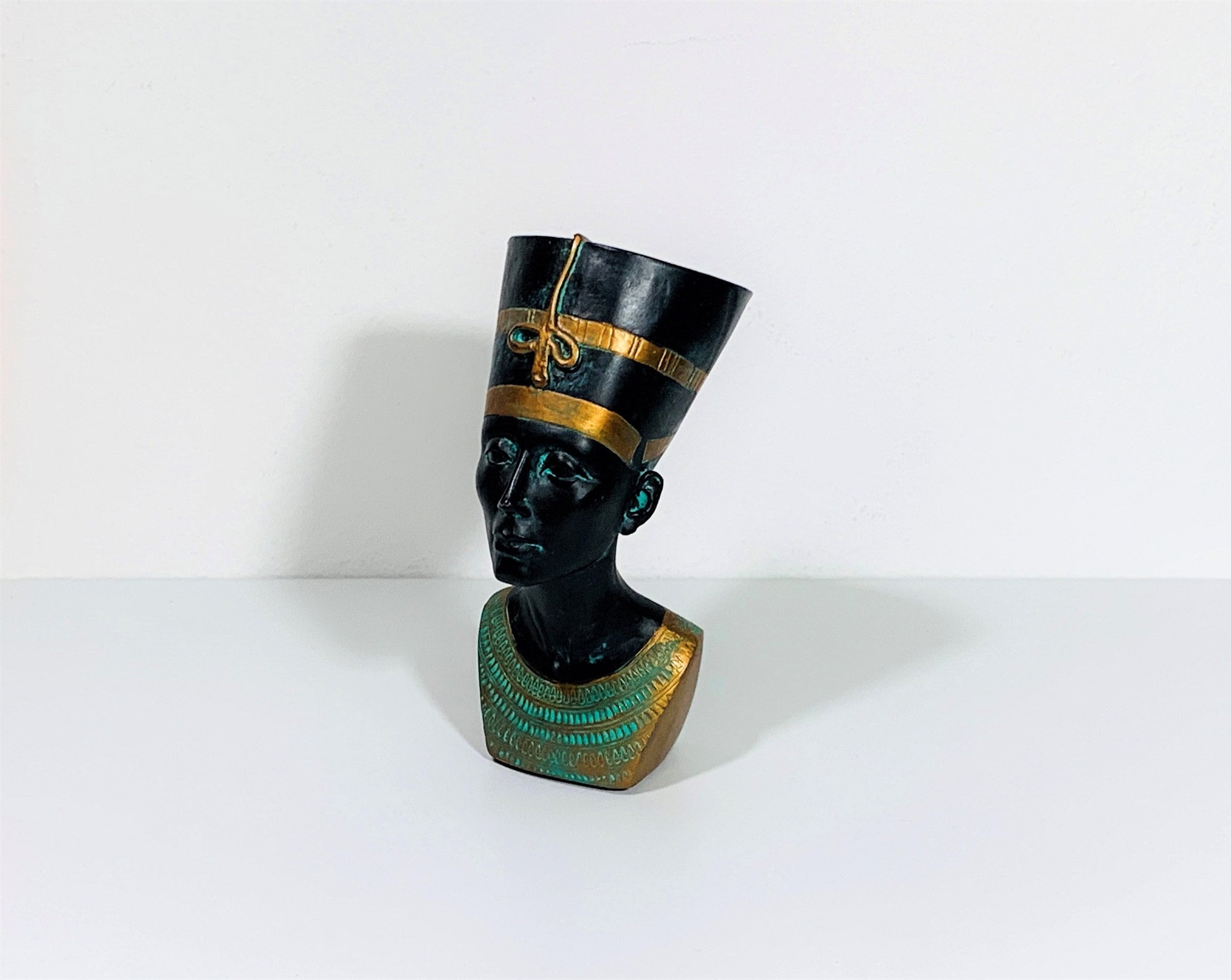 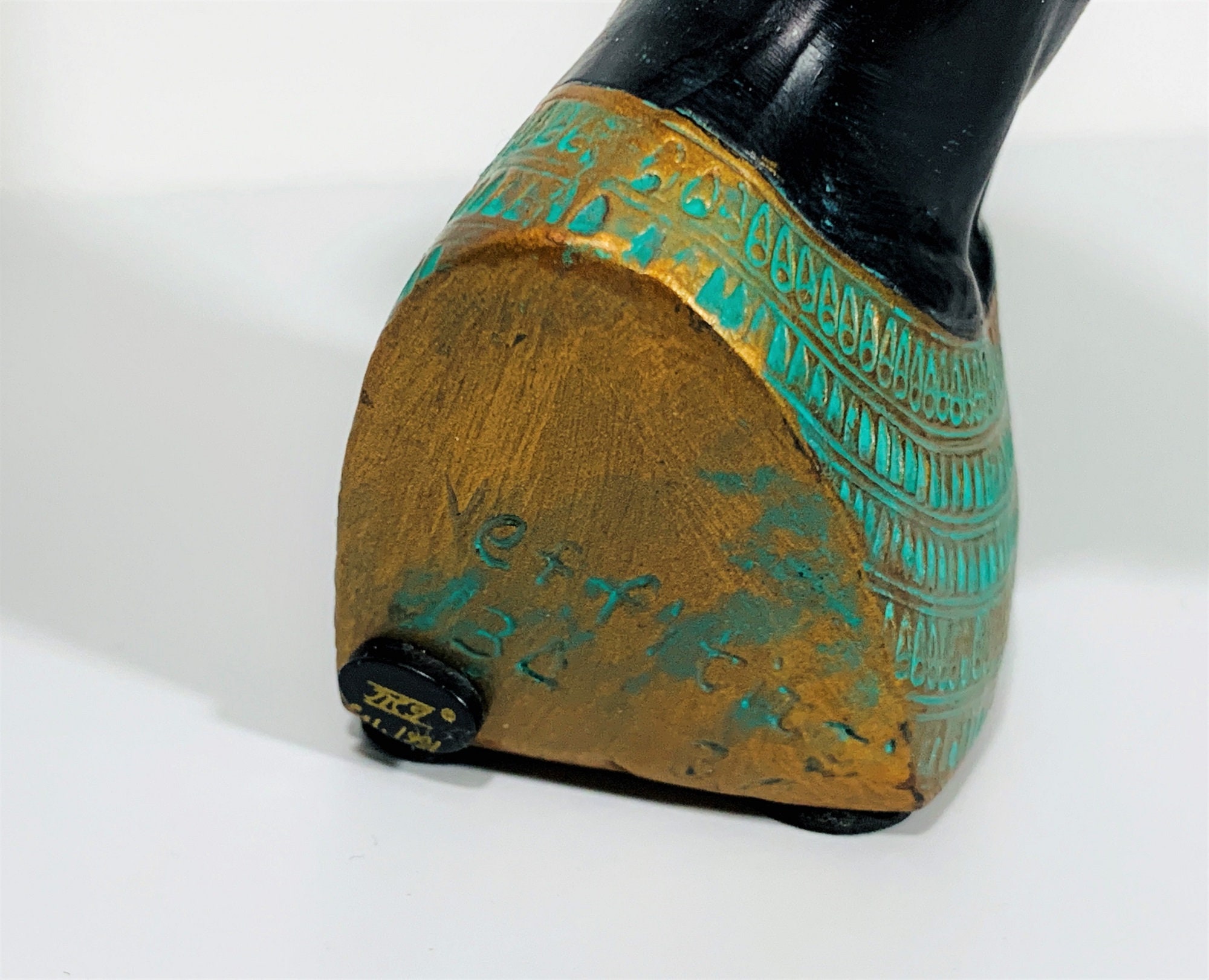 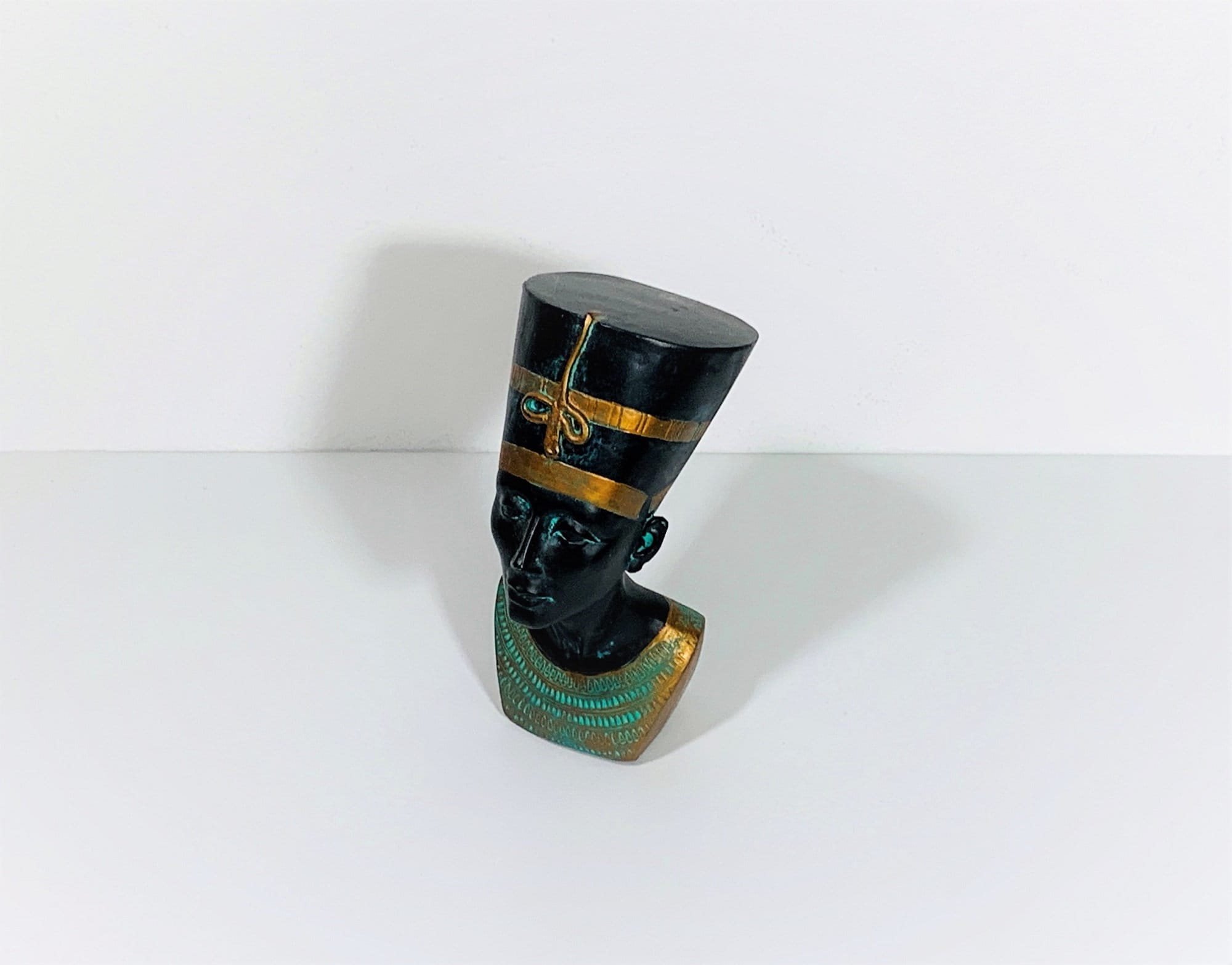 THIS IS NEFERTITI THE BEAUTIFUL

- BLACK AND GOLD MIXED WITH GREEN PATINA (AS PICTURED)

* ACTUAL PHOTOS, CLOSE UPS ARE TO SHOW DETAILS AND NOT ACTUAL SIZE.

QUEEN NEFERTITI: The Egyptian queen renowned for her beauty, Nefertiti, whose name means "a beautiful woman has come," was the queen of Egypt and wife of Pharaoh Akhenaten during the 14th century B.C. She and her husband established the cult of Aten, the sun god, and promoted Egyptian artwork that was radically different from its predecessors. A bust of Nefertiti is one of the most iconic symbols of Egypt.

The exact date when Nefertiti married Amenhotep III's son, the future pharaoh Amenhotep IV, is unknown. It is believed she was 15 when they wed, which may have been before Akhenaten assumed the throne. They apparently ruled together from 1353 to 1336 B.C. and had six daughters, with speculation that they may have also had a son. Their daughter Ankhesenamun would eventually marry Tutankhamun, the future ruler of Egypt.

Artwork from the day depicts the couple and their daughters in an unusually naturalistic and individualistic style, more so than from earlier eras. The king and his head queen seem to be inseparable in reliefs, often shown riding in chariots together and even kissing in public. It has been stated that the couple may have had a genuine romantic connection, a dynamic not generally seen in depictions of ancient pharaohs.

Thank you for your interest